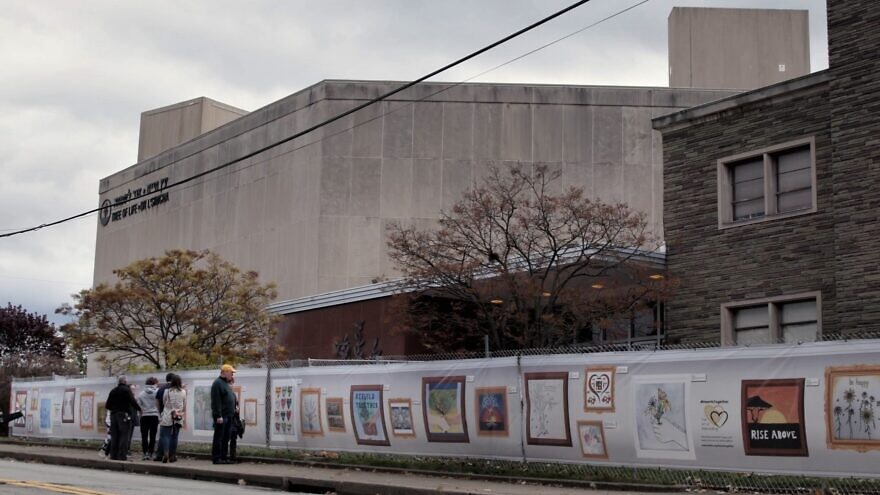 (December 31, 2021 / Israel Hayom) Attempted arson attacks, vandalism, the dissemination of anti-Semitic materials and packages containing potentially toxic materials are just some of the threats Jews in North American have recently had to face. In response, the community has decided to raise the issue of synagogue security to the forefront of the agenda.

According to Rebecca Caspi, director-general at the Jewish Federations of North America’s Israel branch, anti-Semitic incidents have now gone beyond online harassment to the point where Jews are the targets of verbal and physical assault. Caspi described one such incident in Florida where four men started shouting at a man wearing a kippah and threatened his family. In Austin,  Caspi said, a synagogue had been set on fire and a rabbi was stabbed outside of a Jewish school in Boston.

In yet another incident in recent days, anti-vaccine posters that featured a Star of David on them were discovered in at least two Los Angeles-area locations this week, including pasted to an electrical box outside a synagogue.

The JFNA, which serves as an umbrella organization of 146  Jewish federations and 300 Jewish communities across the United States and Canada, decided it would not stand idly by in the face of the violence. They established the nationally funded “LiveSecure” program in partnership with the U.S. Homeland Security Department to provide “local federations with the tools, training, and resources needed to keep our summer camps, synagogues, and classrooms safe,” according to the JFNA website.

The $54 million in funding for the program will allow the communities to be connected to a special surveillance and security network that will perform an intelligence assessment of the extent of threats to Jewish community members posed by terrorist and antisemitic organizations, allowing each community to be ranked according to the security threat it faces.

In addition, experts will search for gaps in security and work to improve existing security measures.

As part of the security upgrade, synagogues will receive closed-circuit security cameras, have secure doors installed, and community members will be trained for potential terrorist threats. Private security guards will also be hired for special events and certain communities.

According to Caspi, such measures have already saved lives. She noted that secure doors installed at the entrance to a synagogue in the German city of Halle had prevented an attacker from entering and carrying out a massacre.

According to the U.S. Commission on Civil Rights, the number of antisemitic incidents reported in the first half of 2021 was double that reported in the same period the previous year.