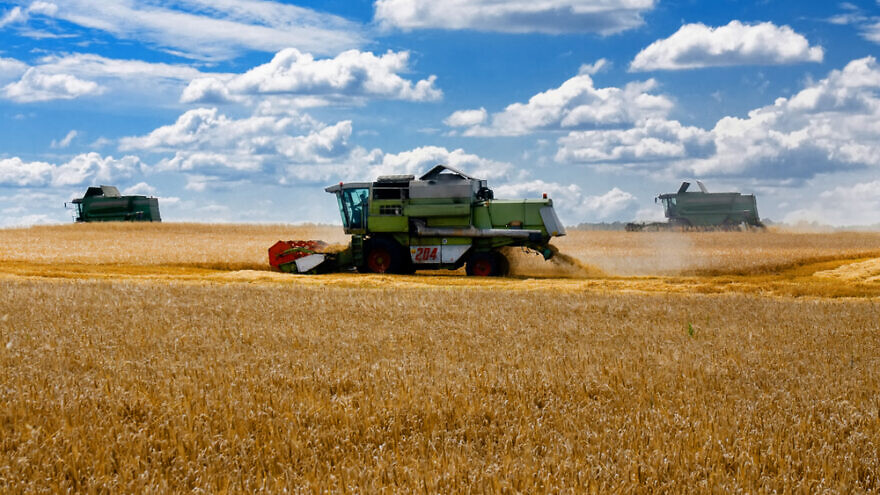 (April 6, 2022 / JNS) The problem of national food security, which formerly preoccupied specialists, began to penetrate the world’s consciousness with COVID-19 supply disruptions, but it’s Russia’s war with Ukraine that has given governments a jolt. Ukraine, together with Russia, supplies the world with 27% of its wheat and 53% of its sunflower oil and seeds. While some countries, like the United States, have well-developed food strategies, Israel does not, with experts telling JNS there is a lack of strategic planning, poor coordination and government turf wars. They warn that the longer the government fiddles, the worse things will get.

“Our prices are just beginning to rise. Unless the war ends quickly—and it doesn’t look like this is going to be over quickly—everyone around the world is going to be scrambling over food within their societies and in competition between states,” Aron Troen, professor at the School of Nutrition Science and the School of Public Health at the Hebrew University of Jerusalem, told JNS.

According to a March 16 assessment of the war by the U.N. Conference on Trade and Development, “the crisis’ effect on the food front is particularly worrying. Some countries are particularly dependent on agrifood commodities coming from the Russian Federation and Ukraine.” It listed specifically Turkey, China and India.

In Israel’s case, half of its consumable wheat products and a third of its animal feed are supplied by Russia and Ukraine, according to numbers given to JNS by the Ministry of Agriculture. A March 3 statement from the ministry said it is on top of the situation: “About a month ago, importers began to prepare to find alternative sources for these products, as the need arose. In addition, there is an operational stockpile in the hands of the main players in the economy. This is in addition to the fact that Israel regularly maintains emergency supplies, both of animal feed and of wheat for food.” 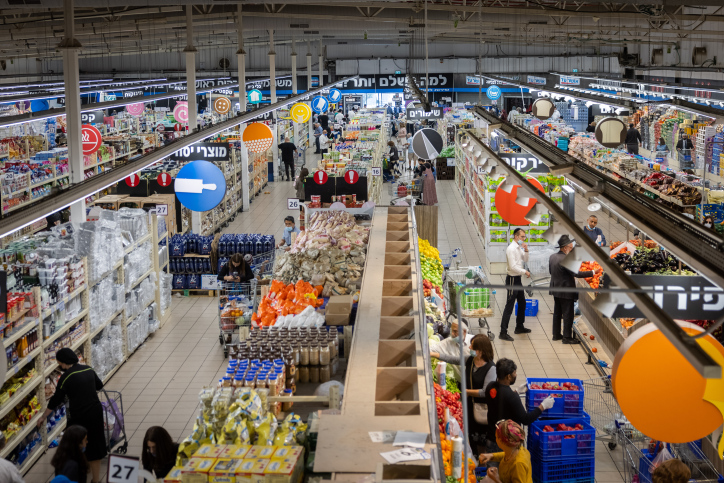 In response to the crisis, Israel’s Minister of Transportation Merav Michaeli ordered cargo ships carrying grain and fodder to be given priority in unloading at Israeli ports for one month. “Taking steps to get the grain and fodder that Israeli agriculture relies on into the country quickly will ensure that we maintain Israeli food security, despite the changes around the world,” Michaeli said in a March 24 government statement.

Troen said dealing with emergency situations as they appear isn’t enough. What’s needed is a “national strategic master plan for our food system,” he said. The plan would ensure Israel maintains a robust food system able to withstand shocks to the global market; protect Israel’s domestic agricultural production; and guarantee that all Israelis can afford a basic, balanced diet.

Among the suggestions put forward by Israeli experts is addressing the problem of food waste and an aging farming population. Troen said the average age of an Israeli farmer is between 60 and 65: “If we don’t replace those farmers, there won’t be anyone to make food locally.”

“Other countries have food plans, food strategies—the United Kingdom, Australia, for example. The United States has a very well-developed and evolved strategy. And so we need to do that work,” he said.

‘No national security without nutrition security’

Dorit Adler, head of the steering committee of the Israeli Forum for Sustainable Nutrition, an organization advocating Israeli national food security, agreed that a national plan is essential, telling JNS that Israeli ministries are focused only on their small part of the puzzle, “and in many cases, regulations are contradicting each other.”

She suggests raising the profile of the existing National Nutritional Security Council to the level of Israel’s National Economic Council and National Security Council, which are headquartered at the Prime Minister’s Office. “It will not be less important than those bodies. There is no national security without nutrition security,” said Adler.

To illustrate the importance Israel should attach to food security, she points to countries like China, which is buying land in Africa to ensure enough food supply. (A Chinese company also purchased Israeli dairy conglomerate Tnuva in 2014.)

“There are only eight countries in the world that export grains and over 100 that import grains. We are one of the 100 that import, and if we are competing with China, we might find ourselves in a situation where we cannot import everything we need,” she said.

Between COVID-19 and the war in Ukraine, Adler said it wouldn’t take much more to tip the world food supply into a serious crisis. “Unfortunately, it seems to take a crisis to shake up decision-makers. Even now, I’m not sure it’s been enough,” said Adler.

Troen warned: “Our population is going to double. We’re going to have 20 million people in Israel by 2050. What are they going to eat? And what happens when we are so dependent on others? Do we really want to be so vulnerable geopolitically that we don’t have enough food, even without a war in Ukraine?”

Adler remains upbeat that there’s still time. “I think we’re still in a good position to transform our food system to be a healthy and sustainable one, if we now put our efforts into it.”