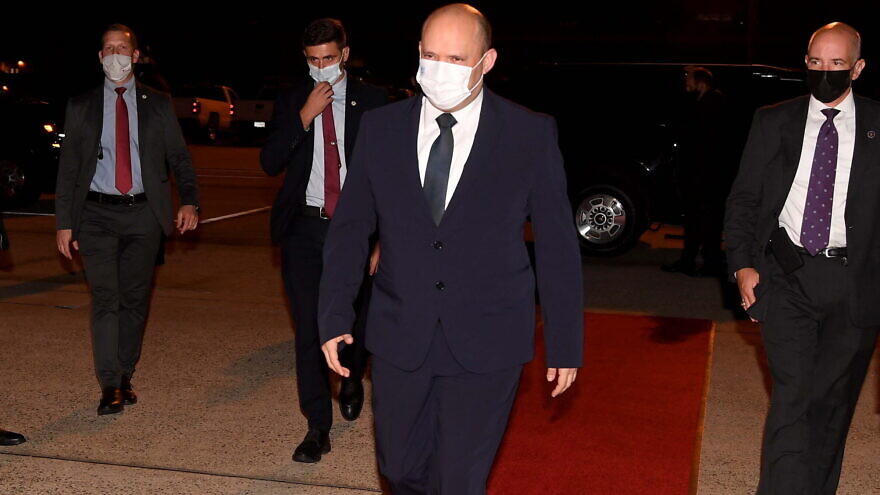 “We achieved all of the goals that we set for the visit and more. We have agreed with the Americans on a joint working strategy to block the Iranian race for nuclear weapons,” said Bennett, before setting off on his return trip to Israel.

The Israeli premier characterized his two meetings with Biden on Friday as “very warm and very productive,” saying that they had “created a direct and personal connection … based on trust.”

In addition to the Iranian issue, the two leaders also discussed a waiver program to enable Israelis to enter the United States for business and tourism without the need to obtain a visa, according to a statement from Bennett’s office.

“President Biden—for the first time—instructed that progress be made and that the matter be closed as quickly as possible,” said Bennett.

The two leaders had originally been scheduled to meet on Thursday, but the deadly bombing in Kabul, in which 13 U.S. military personnel lost their lives, delayed the meeting.