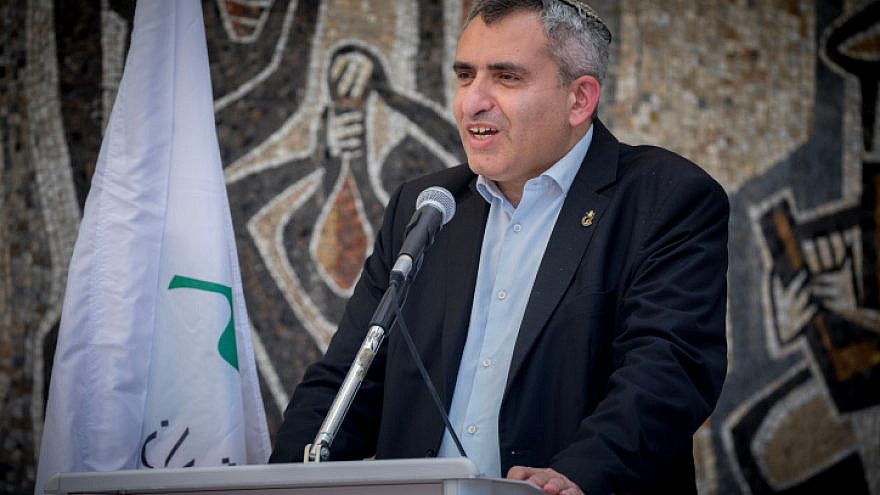 (February 3, 2021 / JNS) At the end of December, Likud minister and longtime confidant to Israeli Prime Minister Benjamin Netanyahu Ze’ev Elkin stunned the Israeli political community by announcing that he was leaving the party. Elkin decided to join forces with the newly formed New Hope party led by Netanyahu’s top rival, Gideon Sa’ar, who also bolted Likud in order to challenge the incumbent premier for his job.

Elkin departed in an abrupt manner, telling a live Israeli television audience that he had lost faith in his former boss, who he accused of destroying the Likud.

While New Hope has yet to announce the order of its candidate list leading up to Israel’s March 23 elections—the fourth round in the past two years—Elkin, who made aliyah from Ukraine in 1990, is expected to be near the top of the list.

He took a break from campaigning to talk about a number of issues, including the Iranian threat in light of a new administration in Washington, how his party plans on combating the ongoing coronavirus pandemic, and, of course, why he believes that New Hope will be tasked to form the next government.

JNS talked with Elkin by phone. The interview has been edited for brevity and clarity.

Q: The most recent polls show New Hope at around 14 seats, with Likud at around 30. What is the path for your party to become the ruling one following this election?

A: One thing is clear when you look at the polls, Netanyahu will not be able to form a government. In no poll does he have more than 61 [seats]. Sa’ar will be able to do so because of the position he comes from as head of a party on the center-right who can lead a government. The moment Netanyahu won’t be able to form a government, I am quite sure that we will succeed. By the way, all of the parties that are Netanyahu’s partners today, or were in the past, fundamentally can be partners with New Hope in a future government and sit with Gideon Sa’ar, even if they have some differences of opinion. None of them have ruled out sitting with Saar, even those who initially might have said they prefer Netanyahu.

Q: With all of the challenges Israel is currently facing, is there any chance that your party would merge with Netanyahu’s Likud?

A: [Elkin chuckles]. No, no, no … we have said very clearly that not only would we not join, but we would not sit in a government under Netanyahu because we are bringing an alternative to the current government. In a functioning democracy, when you come and say you are bringing an alternative want to lead the country in a different direction, you can’t then crawl back into a government you don’t agree with. If the public decides differently, then we will serve the public from the opposition. But as I said, at the moment, it is clear Netanyahu cannot form a government. Yamina leader Naftali Bennett speaks during a Knesset plenary session at the Knesset in Jerusalem on Aug. 24, 2020. Photo by Oren Ben Hakoon.

Q: How about a merger with Avigdor Lieberman’s Yisrael Beiteinu party or Naftali Bennett’s Yamina party?

A: At the moment, I do not see such mergers—certainly not ahead of the submission of the [candidates] lists. As far as Yamina is concerned, the situation is very simple, which is that [Knesset members] Naftali Bennett and Ayelet Shaked say that they are prepared to sit in a government under Netanyahu. Despite the fact that he threw them out of his last government—and despite all he has said about them personally, and despite all their harsh criticisms of him as prime minister—still, in all their interviews they say they are prepared to sit under Netanyahu. Therefore, any vote for Bennett is a vote to keep Netanyahu in power. And as long as that is the case, there can be no merger because our position is different.

We believe in placing a priority on the interests of the country, on the interests of the national camp and to present an alternative to the government from the center-right because of what has happened with Netanyahu over the last period. Not to downplay his contributions and achievements for the country, but it is clear that having so many years in power is problematic for any leader. And since Netanyahu more and more places his personal interests ahead of those of the country, and is also not able to form a stable government, and we keep just slipping back into an endless cycle of elections, this is something that needs fixing with a broad, stable government. Otherwise, we will never be able to rehabilitate the Israeli economy.

Q: And what about joining with Yesh Atid or any other center or left-of-center parties?

A: We say something very simple. We are prepared to be coalition partners with any party that has sat with Netanyahu in his past governments. Those parties not acceptable for Likud in the past can be potential partners for us in a future government under New Hope. The idea of sitting with the Joint Arab List [a political alliance of three Arab-majority parties, Balad, Ta’al and Hadash] we do rule out—not because they are from the Arab community but because of their positions against Israel as a Jewish democratic state, and their support for terrorists. 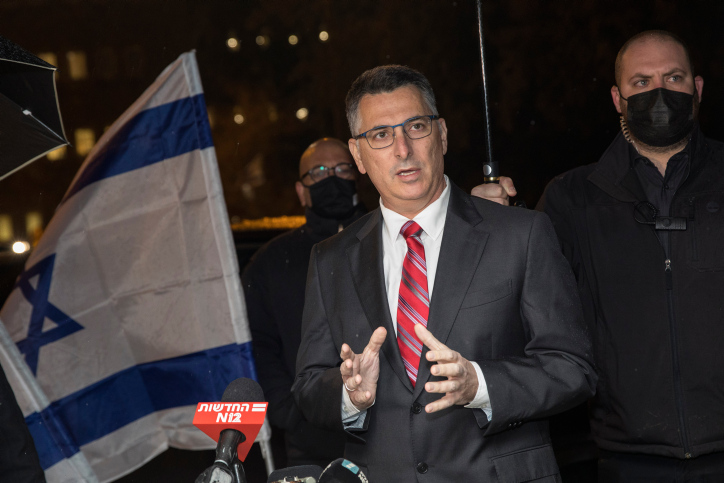 Gideon Sa’ar gives a press conference after meeting with several Israeli hospital directors at a protest outside the Ministry of Finance in Jerusalem on Jan. 19, 2021. Photo by Olivier Fitoussi/Flash90.

Q: Sa’ar recently said that he is in a better position to work with the newly elected U.S. President Joe Biden than Netanyahu. What makes him think so?

A: First of all, you see it in the way he’s treated by the international community. It’s not by chance that Bloomberg news pinpointed Sa’ar as one of the top international leaders to watch in 2021 and views him as a real challenger to Netanyahu. It’s no coincidence that the leading American media outlets are looking to interview Gideon Sa’ar. It’s because they all recognize him as a real alternative.

Now, why can he manage this relationship [with the Biden administration] better? Because at the end of the day, on one hand, Sa’ar represents a leader who is on the Israeli right and will stand up for Israel’s national interests, especially when it comes to any potential deal with Iran and the threat of a nuclear Iran. He will also represent our best interests in regard to Judea and Samaria, and in dealing with the Gaza Strip.

But on the other hand, he is a leader who does not have a problematic history with the leaders of the Democratic Party. On the contrary, we have people in the party like Dani Dayan, who was head of the Yesha Council [representing communities in Judea and Samaria], and then went on to become the Israeli consul general in New York and is on good terms with both sides of the aisle in the United States, Republicans and Democrats. He also already has a very strong relationship with the new administration, and so he is an important addition to New Hope. Ultimately, Sa’ar is a right-wing leader who knows how to build on these relationships. Also, he will start fresh with the new U.S. administration without any outstanding issues.

Q: In your previous ministerial roles with Likud, it was said that you were the go-between in dealings with Russian President Vladimir Putin. How much of an influence can you have? How much can you serve in that role as a member of your new party?

A: Of course, after we win, and Gideon Sa’ar forms the government, I will put all of my experiences I have gained in building our relationship with Russia at his disposal. I’m referring to the official visits and meetings with President Putin over the years, including heading Israel’s representation at the G2G government meetings between the two countries, which I led for many years. I will build on this experience alongside Sa’ar and assist with our relationship with Russia, and with the other states in the region. I have a personal relationship with the president of 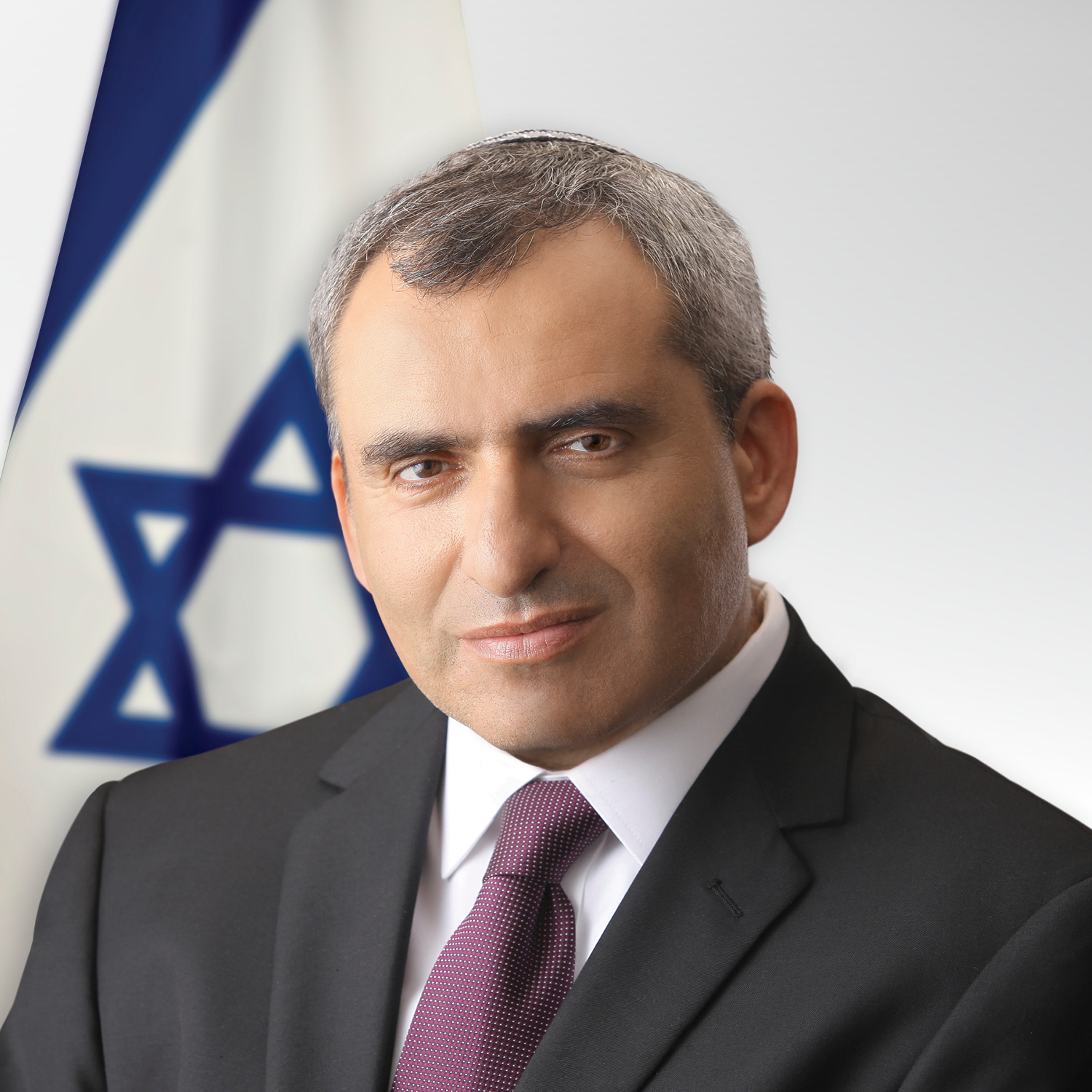 Ukraine [Volodymyr Zelensky] and many others.

Q: Perhaps the biggest issue facing Israel is the Iranian nuclear threat and the possibility that America will return to the JCPOA (Joint Comprehensive Plan of Action). What are New Hope’s thoughts on this?

A: We unequivocally see this as a significant threat—not just for us but for the whole world—and we believe there must not be a return to the agreement in its current form. Netanyahu said at the time, in reference to the agreement: “Fix it or nix it.” Our approach is to work with the new U.S. administration and should they decide to return to some form of deal, our goal will be to ensure that it is a better deal that addresses Israel’s concerns.

Q: Finally, more than 3 million Israelis have already had their first corona vaccination, but the lockdown continues, and thousands of new cases are seen every day. What is your party’s plan in terms of ending COVID-19?

A: We think that, sadly, there have been more than a few mistakes in the handling of the coronavirus crisis, alongside the success of the vaccination program. And indeed, paradoxically, the most severe mistakes were made in the last month-and-a-half, out of complacency, by those who thought that the crisis was behind us. You see we have had very bad numbers this past month since the [latest] lockdown began. Israel has lost more than 1,000 lives this past month—almost a third of all those who died over the course of the entire year. This means that the situation is very serious. In just a month, we lost so many loved ones. It’s inconceivable, especially while we are in the process of vaccinations and with the sense that we had overcome corona.

By the way, there is no other similar event in Israel’s history so extreme that it resulted in the loss of 1,000 lives in a single month, apart from the Yom Kippur War.

And now, we see the results of politics overriding the decision-making process. Netanyahu is scared of Miri Regev [Likud Party Minister of Transportation], and so he did not take all the necessary steps at the airport in order to stop the spread of the mutations, such as insisting on passengers taking corona tests before boarding planes to Israel, to quarantine or to enforce quarantine regulations for those returning to Israel. And as a result, the mutations of the virus poured in, which has led to a significant rise in morbidity and mortality rates.

Also, there is a lack of equal enforcement of the restrictions. We see that not every community is subject to the same rules. There are issues with enforcement in the haredi [ultra-Orthodox] community, but also in the Arab community. Again, the inclusion of political considerations in the decision-making process is not acceptable, and we won’t allow it.