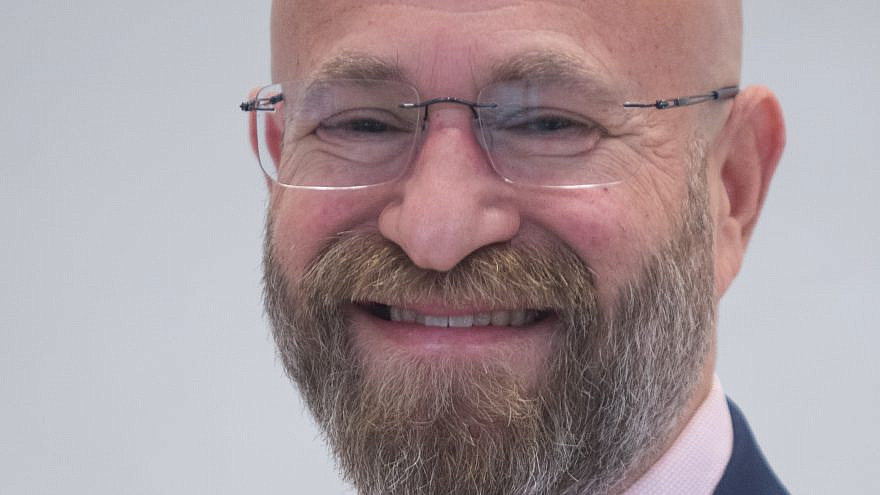 (February 17, 2021, JNS Wire) The Israel Cancer Research Fund (ICRF) is pleased to announce the appointment of Beryl Chernov to National Executive Director, effective July 1, 2021.  He will succeed Mark Israel, MD, who will be retiring after three years of exemplary service with the organization.

Chernov will be joining ICRF from the Park Avenue Synagogue, the largest Conservative synagogue in New York City, where he served as Executive Director for 19 years.  Overseeing an annual budget of $19 million, he was responsible for development, as well as membership cultivation, technology, and operations.

Prior to his tenure at Park Avenue Synagogue, Chernov was Executive Director of North Shore Synagogue and Director of the Weinberger Jewish Family Center. Earlier in his career, he played leadership roles in youth programming in the Jewish community.

David Abramson, incoming President of ICRF, commented, “We are thrilled to have a community leader and experienced fundraiser of Beryl’s caliber assume the helm of ICRF’s strong team and help guide our organization to new heights.”

Beryl Chernov said: “I am honored to have the opportunity to lead this important and successful mission-driven organization. The work of ICRF helps save lives each and every day, I cannot think of a more noble cause than working to advance ICRF’s vital efforts to fund world-class cancer research in Israel.’’

ICRF is the largest nongovernmental source of cancer research funding in Israel.  In the 2020/2021 funding cycle, ICRF will fund 69 different multi-year cancer research projects at all of the major research institutions in Israel.

Since its founding in 1975, ICRF has funded more than 2,500 grants totaling over   $77.5 million.  Among the areas of cancer research being supported are studies in blood, brain, breast , colorectal , lung,  ovarian, pancreatic , and skin cancers, as well as genetics and genomics , molecular biology, immunology and immunotherapy, and the tumor  microenvironment.  The efforts of   ICRF- funded cancer researchers have contributed to   significant breakthroughs in recent years and have resulted in collaborations with major international cancer organizations,  including  The ASCO Foundation, City of Hope,  and the Cancer Research Institute.

Republish this article
About The Publishers
Israel Cancer Research Fund
Publish your organization's press release on JNS Wire
Releases published on the JNS Wire are communicated and paid for by third parties. Jewish News Syndicate, and any of its distribution partners, take zero responsibility for the accuracy of any content published in any press release. All the statements, opinions, figures in text or multimedia including photos or videos included in each release are presented solely by the sponsoring organization, and in no way reflect the views or recommendation of Jewish News Syndicate or any of its partners. If you believe any of the content in a release published on JNS Wire is offensive or abusive, please report a release.