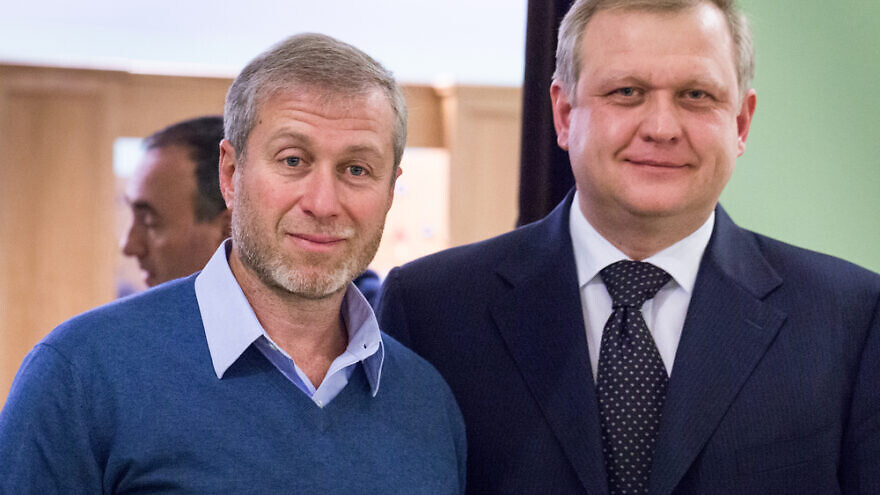 (March 10, 2022 / JNS) Israel’s Yad Vashem announced on Thursday that it was cutting ties with its second-largest private donor, Roman Abramovich. The notice came shortly after the Russian billionaire was named as one of seven oligarchs being targeted for sanctions by the United Kingdom.

British Foreign Secretary Liz Truss on Thursday announced a full asset freeze and travel ban on the seven individuals, whose business dealings and wealth are “closely associated” with the Kremlin. The sanctions are part of an effort to isolate Russian President Vladimir Putin and those close to him, according to a statement by the U.K. government.

“In light of recent developments, Yad Vashem has decided to suspend the strategic partnership with Mr. Roman Abramovich,” Yad Vashem said in a statement.

Just last month, Abramovich pledged $10 million to the museum, making him the second-largest donor to the Holocaust museum after Miriam and Sheldon Adelson.

“There can be no safe havens for those who have supported Putin’s vicious assault on Ukraine,” said British Prime Minister Boris Johnson, according to the government statement. “Today’s sanctions are the latest step in the U.K.’s unwavering support for the Ukrainian people. We will be ruthless in pursuing those who enable the killing of civilians, destruction of hospitals and illegal occupation of sovereign allies.”