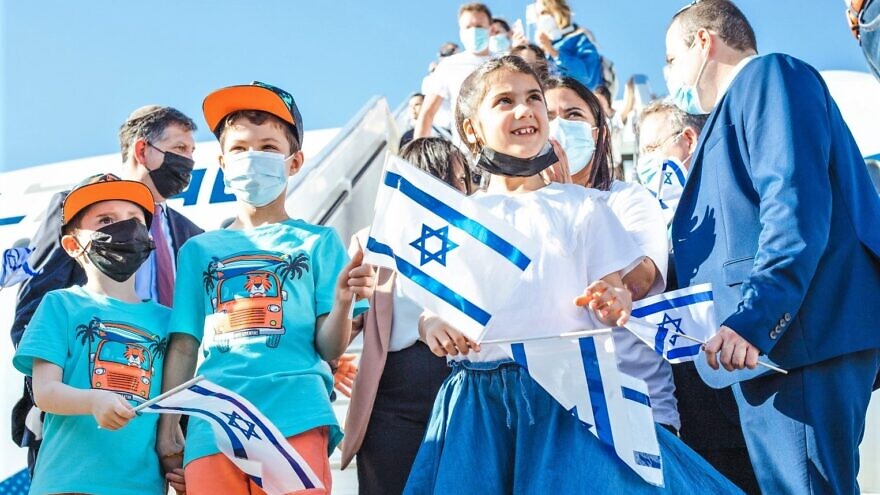 (July 21, 2021 / JNS) A group of 160 new French immigrants to Israel arrived at Ben-Gurion International Airport on Wednesday aboard a special aliyah flight from Paris organized by the Jewish Agency for Israel, and Israel’s Ministry of Aliyah and Integration.

The new arrivals were accompanied on the flight by Israel’s Minister of Aliyah and Integration Pnina Tamano-Shata, who was returning from a tour of the Jewish community in France in light of growing interest in aliyah in that country. Israel has seen a 137 percent jump in the number of olim (new immigrants) from France so far during 2021 compared to the same period last year.

Among this particular group were doctors, lawyers, teachers, engineers, and marketing and media professionals, as well as 46 young people under the age of 18 who will enter the Israeli education system. They first had to observe mandatory home isolation in accordance with coronavirus safety guidelines before moving to what will be their new homes in cities and areas throughout the Jewish state.

The flight was organized with support from the Jewish Federations of North America, Keren Hayesod, Christians for Israel of the Netherlands and the International Christian Embassy Jerusalem. 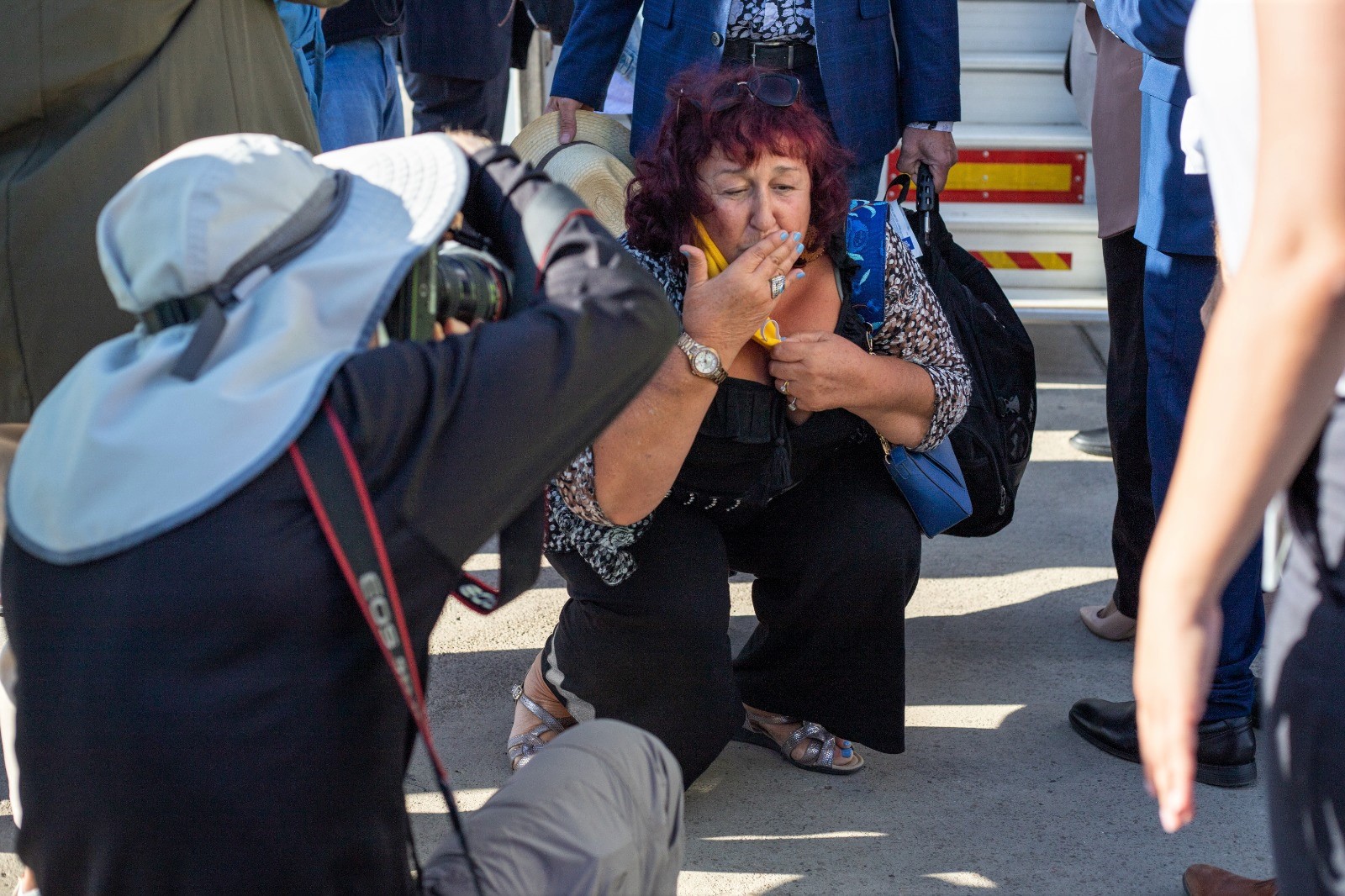 A French woman arrives in Israel as part of a group aliyah flight on July 21, 2021. Photo by Noga Malsa.

With approximately 500,000 people, the Jewish community in France is the largest in the world outside of Israel and the United States. About 1,370 French immigrants made aliyah in the first half of the year, compared to 578 during the same period last year, according to the Aliyah Ministry and the Jewish Agency. The pandemic year of 2020 saw a dramatic increase in the opening of new aliyah files from France: 6,053 compared to 2,475 in 2019.

The Jewish Agency’s Aliyah Global Call Center, which operates with the support of the Ministry of Aliyah and Integration, received more than 14,000 calls in 2020 from people interested in immigrating to Israel from France. Data shows that in the last decade, a record number of 39,592 people made aliyah from France out of a total of 125,000 French immigrants to Israel since the establishment of the country in 1948. Twenty percent of the French olim were under the age of 18; 31 percent were between the ages of 18 and 35; 12 percent were between 36 and 50; 15 percent were between 51 and 65; and the rest were older than 65.

About 11,000 of the immigrants live in Netanya, 6,700 in Jerusalem and 6,500 in Tel Aviv with significant numbers also residing in Ashdod, Ra’anana, Hadera, Herzliya, Ashkelon and Eilat.

“Aliyah to Israel is the bedrock of Zionism. Ever since the days of Abraham and our forefathers, we’ve contended with disasters, wars, challenges, and most recently, a global pandemic,” said Jewish Agency acting chairman of the executive Yaakov Hagoel. “Yet the Jewish people have continued to arrive in Israel and be greeted with open arms. This is our true home. Today, 160 olim arrived to strengthen us as a people and, by doing so, they are fulfilling the dreams of being connected to the land of Israel. Welcome home!” 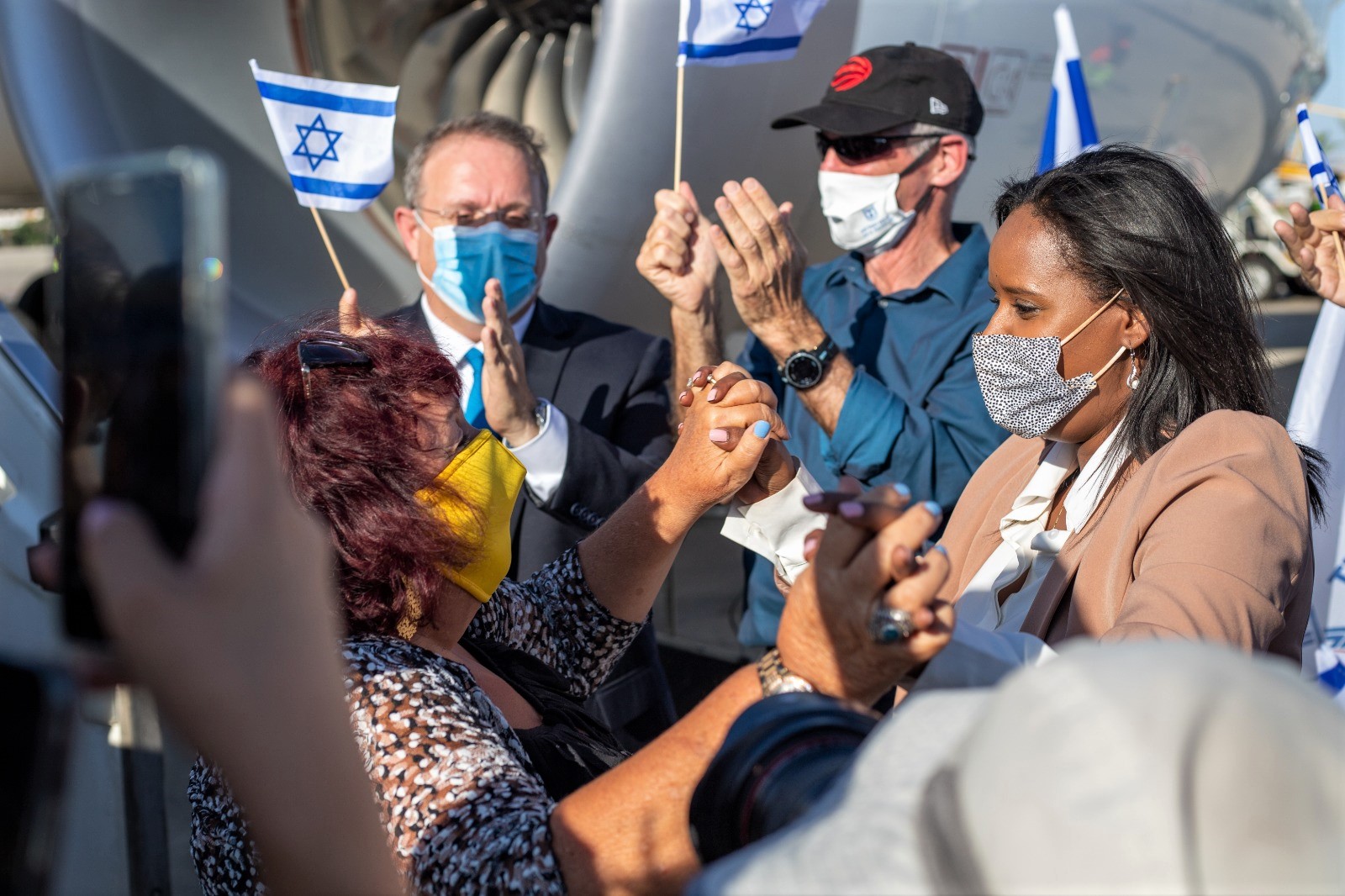 Minister of Aliyah and Integration Pnina Tamano-Shata and acting chairman of the executive of the Jewish Agency Yaakov Hagoel greet new olim from France as they depart the airplane in Israel on July 21, 2021. Photo by Noga Malsa.
Republish this article in your newspaper or website