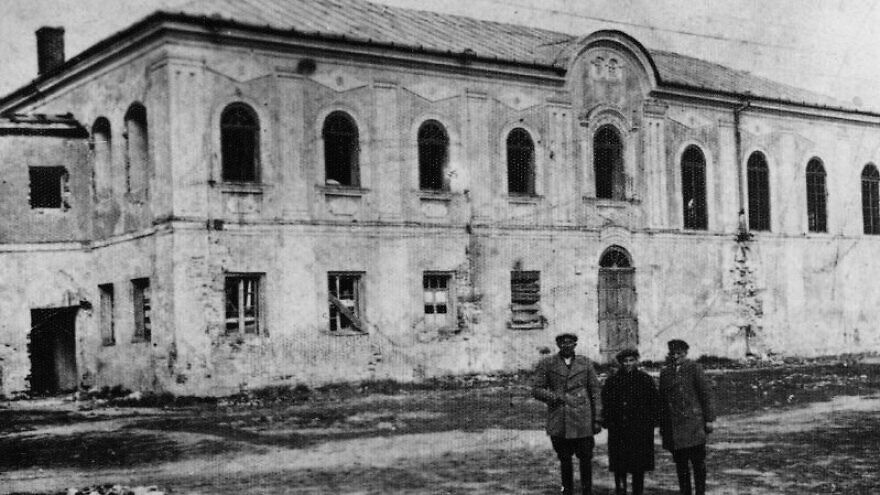 A shul in Izbica, a village in Krasnystaw County of the Lublin Voivodeship in eastern Poland. Credit: Melecheitan via Wikimedia Commons.
Spread the word.
Help JNS grow!
Share now:

(June 16, 2022 / JNS) Dozens of Jewish tombstones were discovered this week in the Polish town of Radzyń Podlaski (also known as Radin), about 35 miles from Lublin, near a building that had been used as headquarters for the Gestapo during the years of World War II and the Holocaust.

The tombstones were found during renovations in the area. Historians and Catholic priests have taken control of the site and are asking the landowners to stop construction.

“We’ve moved the gravestones to a secure place,” Zbigniew Smolko told Haaretz. The journalist, historian and vice president of the local council said that the Nazis took “tombstones from Jewish cemeteries and used them to pave a courtyard.”

Meir Bulka, who heads the organization J-nerations that works to preserve Polish-Jewish heritage, said: “This is a sensational discovery. About 60 tombstones were found here— most of them intact—and the inscriptions on them are legible.”

The town had once been the center of the Radzyń Chassidic dynasty; many descendants now live in the United States and Bnei Brak, Israel.