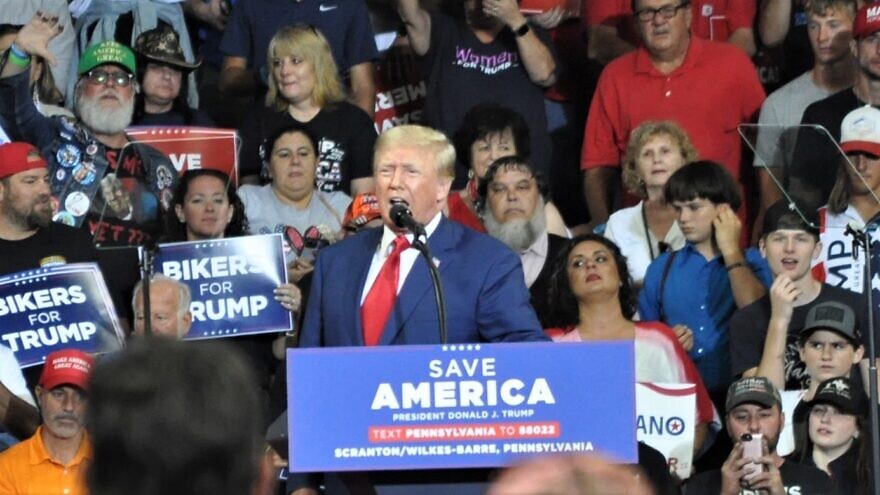 “For @elonmusk to allow Donald Trump back on Twitter, ostensibly after a brief poll, shows he is not remotely serious about safeguarding the platform from hate, harassment and misinformation,” tweeted Greeblatt.

For @elonmusk to allow Donald Trump back on Twitter, ostensibly after a brief poll, shows he is not remotely serious about safeguarding the platform from hate, harassment and misinformation. https://t.co/Rf0NjAubpI

.@elonmusk's decisions over the last month have been erratic and alarming, but this decision is dangerous and a threat to American democracy. We need to ask — is it time for Twitter to go?

Trump was banned from the social media platform in the wake of the Jan. 6, 2021 riot at the U.S. Capitol, held as Congress was readying to certify Joe Biden’s presidential election victory.

Musk made the announcement after conducting a poll asking Twitter users whether Trump’s account should be restored.

“The people have spoken. Trump will be reinstated. Vox Populi, Vox Dei,” Musk tweeted thereafter, using the Latin phrase “the voice of the people, the voice of God.”

Earlier this month, the international grassroots civil rights movement End Jew Hatred released a statement accusing the ADL of unfairly targeting Twitter ahead of the midterm elections in the U.S.

“The fight against anti-Semitism and Jew-hatred should be able to bring all parties, and all Americans together. For far too long, we have seen the politicization of antisemitism—like recent calls by the ADL and NAACP to boycott Twitter—which do nothing but silence free speech and sow division.”