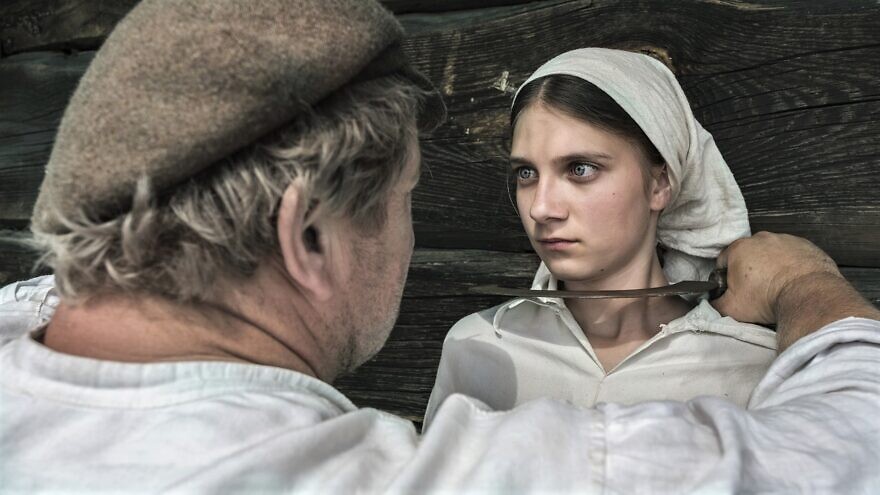 In the new film “My Name Is Sara,” a 13-year-old Jewish girl, Sara Goralnik, poses as “Manya,” there are some who would like to kill her in the newly released Holocaust film, “My Name Is Sara,” based on a true story. Credit: Courtesy of Strand Releasing.
Republish this article
755 WORDS
Spread the word.
Help JNS grow!
Share now:

(July 18, 2022 / JNS) A young man starts to say the Shema because his father made him promise to do so if the Nazis were to get him. His sister, Sara, covers his mouth, and as the lights of the Nazis look for them, they manage to survive for the night. 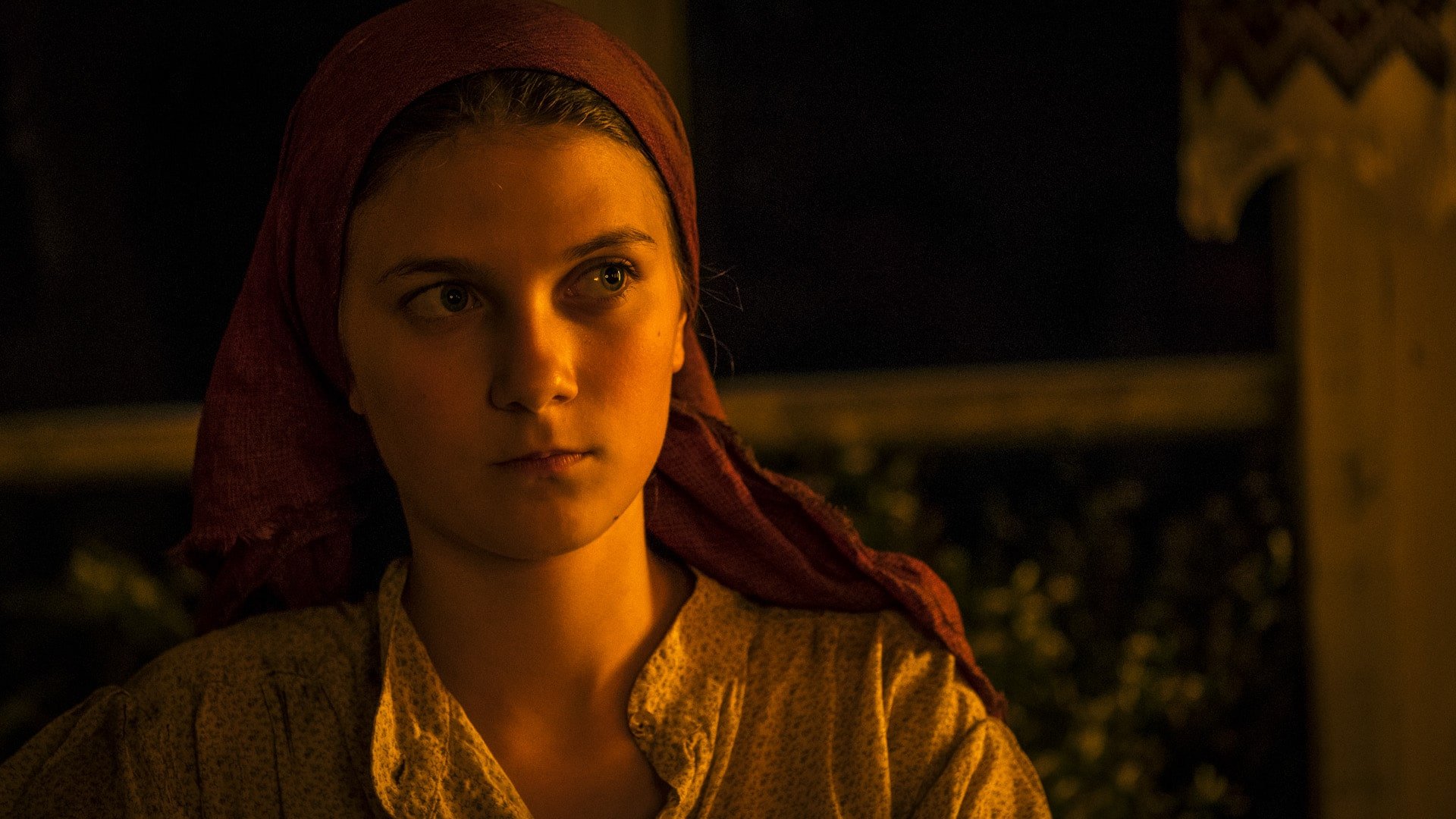 In the new film “My Name Is Sara,” a 13-year-old Jewish girl, Sara Goralnik, poses as a Christian and works hard to make a family believe her. Credit: Courtesy of Strand Releasing.

“My Name Is Sara” is an impressive directorial feature debut by Steven Oritt, which was released in theaters on July 13. What is most difficult to believe is that actress Zuzanna Surowy hadn’t acted before this film.

With innocent eyes and a conscience to want to make the right decision, it’s not surprising that she was selected out of 650 amateurs for the role.

Early on in the film, Sara makes an onerous choice regarding her brother after he says something that maybe he shouldn’t have. She finds a couple who need a young girl to take care of their two children, and she lies and swears that she isn’t Jewish. It comes in handy that she knows how to make the sign of the cross and knows the Hail Mary by heart. She’s convincing.

Still, it’s 1942, and there are some tough moments in her quest for survival.

When she makes a bold move to save the life of the man of the house, his wife becomes angry at Sara. She sees a sign on a tree that if anyone helps a Jew, they will be executed. While sitting with the kids, Sara falls asleep, and when she wakes up, the children ask what she was saying. It was a Hebrew prayer, but the children don’t know, right? A drunk and crazy relative in a moment of insanity puts his knife to her throat. She doesn’t know what to do.

In a bizarre party game, they make her wear an outfit to look like the caricature of a Jew. Is this all fun and sport, or have they found out the truth and are setting her up to be executed? Sara meets a fellow young Jewish girl and wants to help her, but is it worth it to put her own life in danger?

At age 13, Sara has another problem when an old woman claims to know her from her old town. How to get out of this one? As if she doesn’t have enough to deal with, Sara inadvertently discovers a secret that could ruin the marriage of the couple that has housed and fed her, and basically protected her thus far. She promises the spouse not to reveal it, but might that person want to get rid of her just in case?

Zurowy’s acting is phenomenal, and the cinematography gives the viewer a feeling of being right next to her.

The husband and wife, Nadya and Pavlo (played by Michalina Olzariska and Eryk Lubos), are also excellent as a couple who want to pretend that everything is OK and find a way to live, despite the fact that every now and then, soldiers will come and take food from their farm, and the Nazis continue to demand more wheat from them. 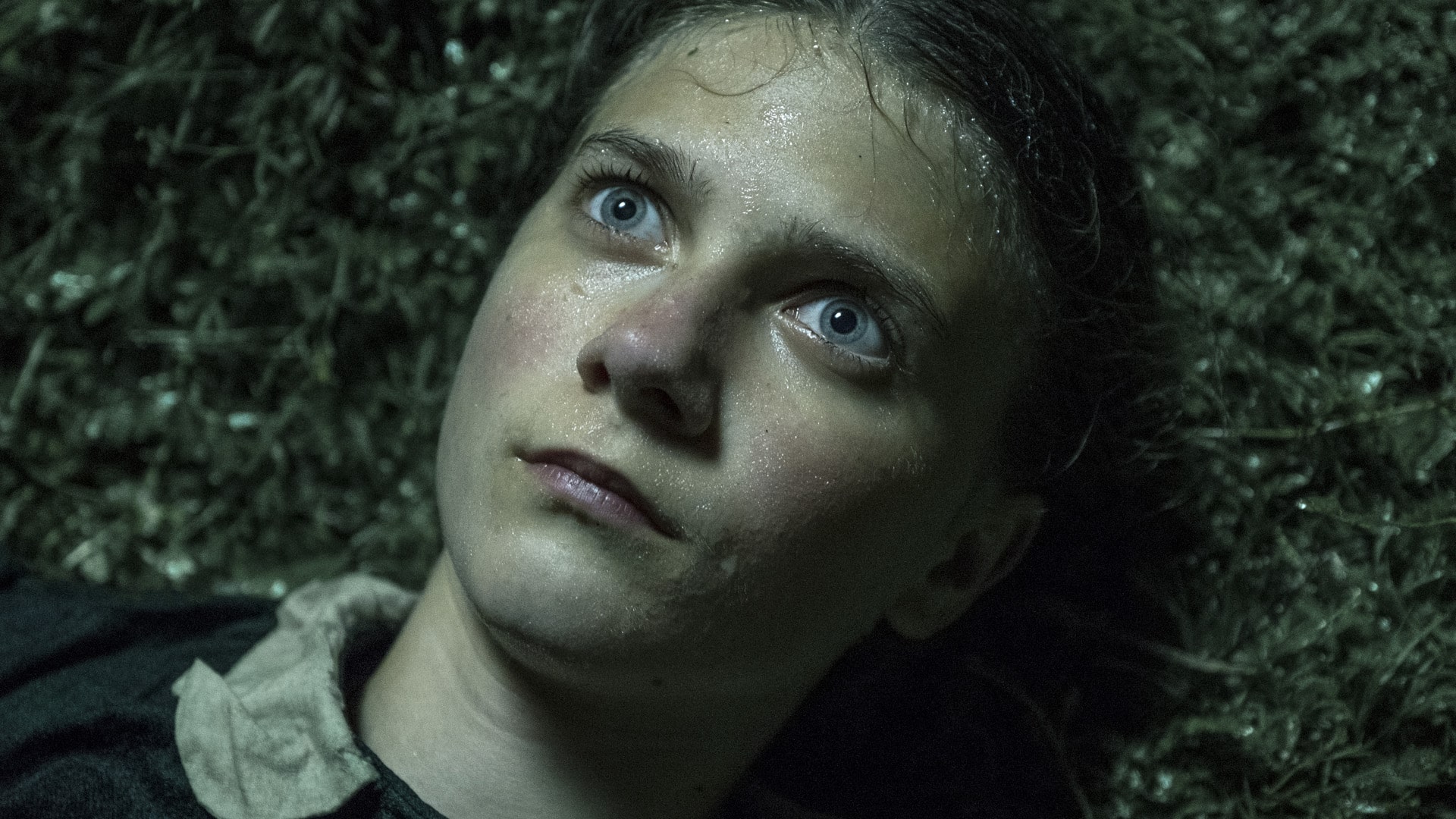 In the new film “My Name Is Sara,” 13-year-old Sara Goralnik is bewildered by the difficult choices she has to make. Credit: Courtesy of Strand Releasing.

Based on the true story of Sara Goralnik, whose parents were killed by the Nazis in Poland, the screenplay (written by David Himmelstein) is strong and doesn’t waste words or moments.

In an area that is Ukrainian an under German control, there are enemies around every corner. Her cover story is that her mother is dead, and her father’s new wife hates her. It’s just detailed enough to be believable—plus, Sara’s eyes seem truthful. Pavlo buys the story or simply wants her around because he thinks she’s attractive.

As she presents herself as a girl called “Manya” another obstacle comes when Pavlo must take her to get official papers. She knows that can end badly as well. At first, she must sleep in the barn, but when it gets cold and Pavlo allows her to sleep inside, his wife is alarmed. There is one harsh shooting scene and a moment with a priest where Sara knows her luck may have run out.

Other than one scene where the house is under attack, everything is presented with the proper power and purpose. It’s rare for a newcomer to drive a film in such fine fashion, but in this case, Surowy has done it. Wonderfully shot, superbly acted and with a good amount of tension, “My Name Is Sara” hits the mark. 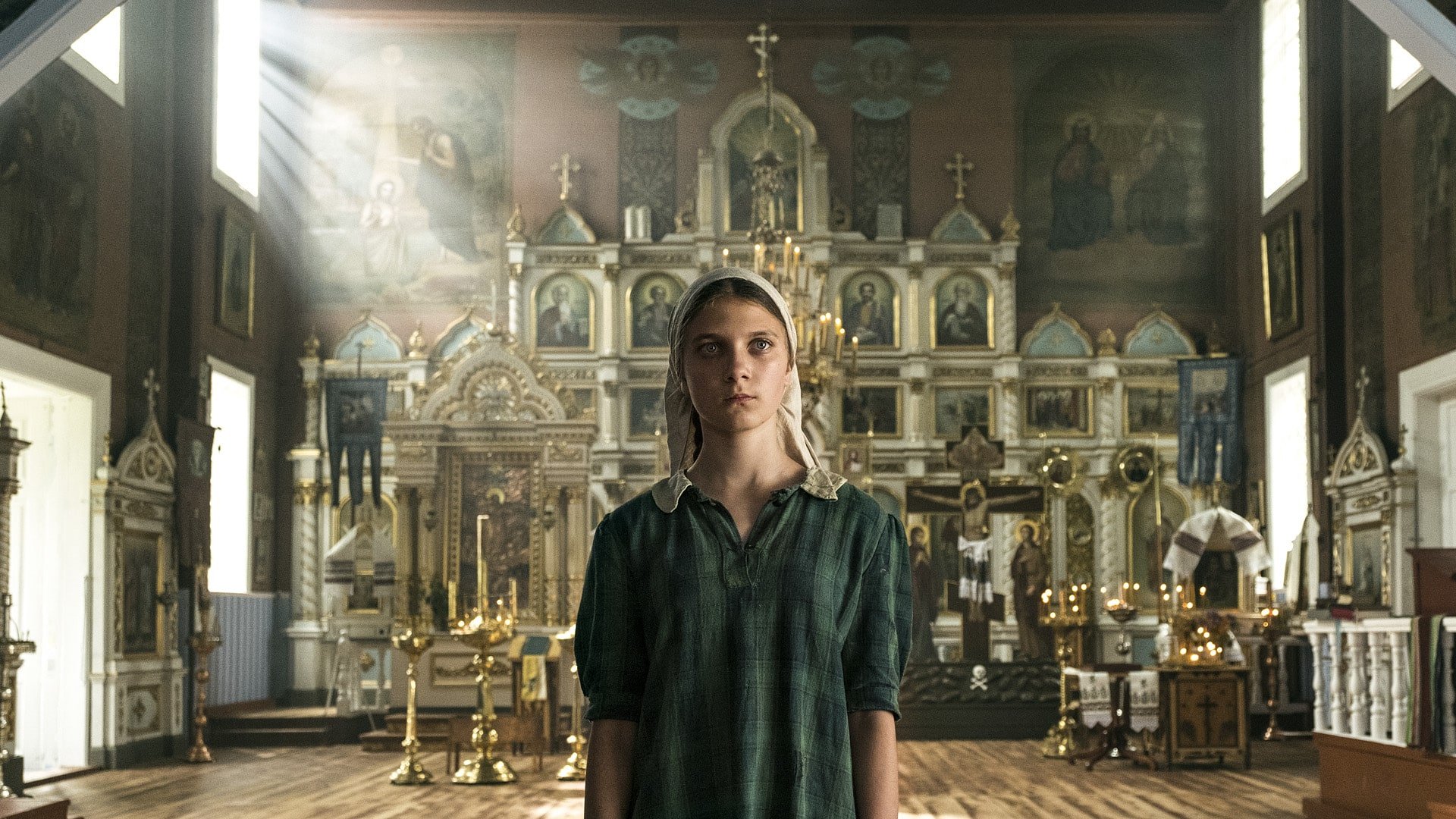 In the new film “My Name Is Sara,” a 13-year-old Jewish girl, Sara Goralnik, is able to look comfortable at a church, fooling most. Credit: Courtesy of Strand Releasing.
Republish this article in your newspaper or website