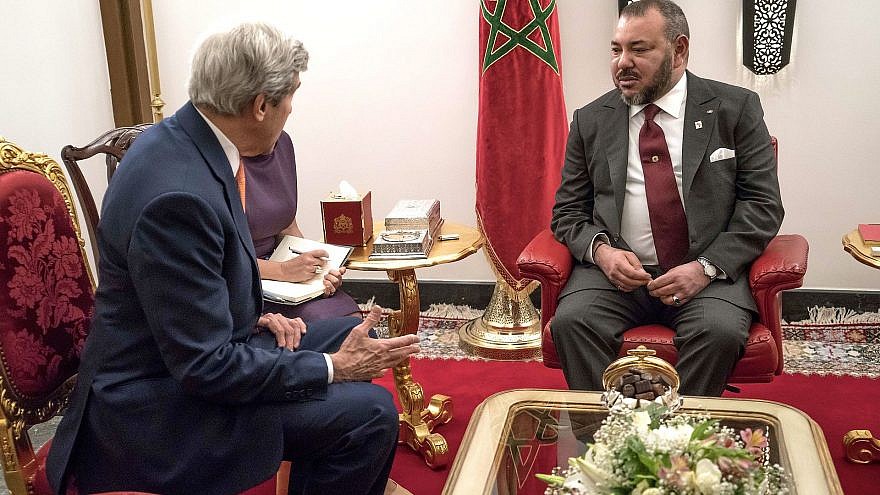 (January 22, 2020 / MEMRI) While most Arab countries refrain from addressing the issue of anti-Semitism and do not include the topic of the Holocaust in their school curricula, Morocco appears to be taking a different approach. Speaking at international conferences and forums dealing with the Holocaust and intercultural dialogue, Moroccan regime officials, headed by King Mohammed VI, have frequently raised the need to condemn anti-Semitism, to instill values of tolerance and religious coexistence in Moroccan society and to learn the lessons of the Holocaust, while stressing the pivotal role of education in this context.

The Moroccan king’s position, unusual in the Arab world, was already evident in 2009, when he referred to the Holocaust as “one of the most painful disasters in the history of mankind.” This was at a time when the Iranian president, Mahmoud Ahmadinejad, was calling the Holocaust “a Western invention,” and while anti-Semitism and Holocaust denial were also rampant in many other parts of the Arab and Muslim world.

The king’s statements were read out on his behalf by the Moroccan minister for religious affairs at the launching ceremony of the Aladdin Project, an international NGO devoted to rapprochement between cultures and especially between Jews and Muslims.

The king said: “My approach and the approach of my people to the disaster of the Holocaust is far removed from the approaches that seem to suffer from a kind of amnesia [i.e., Holocaust denial]. Our approach is intent upon in-depth study of one of the wounds that are etched in our collective memory, and which we have worked to define as one of the most painful disasters in the history of mankind.”

In another speech, read out by the Moroccan prime minister in September 2018, the king said that “anti-Semitism is the antithesis of freedom of expression [because] it implies a denial of the other,” and called to teach history, including its “darkest hours,” hinting at the Holocaust.

Referring more explicitly to the issue of teaching about the Holocaust in school as part of instilling values of tolerance and coexistence, Moroccan education minister Sa’id ’Amzazi said in 2018 at a conference in Marrakesh that Morocco was considering “teaching the lessons of the greatest tragedies in history, including the Holocaust, as an important component of high-quality education.”

It appears that educational activities pertaining to anti-Semitism and the Holocaust are indeed being conducted in Morocco, albeit on a limited scale and mostly by NGOs, such as the Mimouna Organization, which is founded by Moroccan Muslim Elmehdi Boudra, which deals with the history of Morocco’s Jews and with intercultural dialogue. In addition, in the past few years Morocco has signed agreements with international organizations dedicated to the commemoration of the Holocaust in France and the United States. These agreements include cooperation in educational projects.

“Anti-Semitism is the antithesis of freedom of expression [because] it implies a denial of the other.”

It should be mentioned that in his statements, the Moroccan king stresses that the Jews and Christians living in his kingdom enjoy equal rights and freedom of worship. During Pope Francis’s visit to Morocco in March 2019, the king said that in his capacity as the monarch and the Leader of the Faithful, he is personally committed to ensuring the security and freedom of worship of Jews and Christians in Morocco.

Addressing participants of a September 2018 international conference for interfaith and intercultural dialogue in Fez, in a message read out by Moroccan Justice and Liberties Minister Mustafa Ramid, the king spoke of “the unique Moroccan model” and of “the ingrained coexistence [there], especially between Muslims and Jews.”

In January 2020, the king visited the newly opened House of Jewish Moroccan Heritage in the city of Essaouira. The House of Jewish Moroccan Heritage, launched by royal adviser Andre Azoulay in partnership with Morocco’s Culture Ministry, is dedicated to the historic coexistence of the Jewish and Muslim communities in the city. Located in the former home and synagogue of wealthy Jewish merchants, it contains information on the Jewish community, along with old photographs, archive footage, musical recordings, traditional dress and religious objects. Its second floor will house a research center.

The full report is available at the MEMRI website.