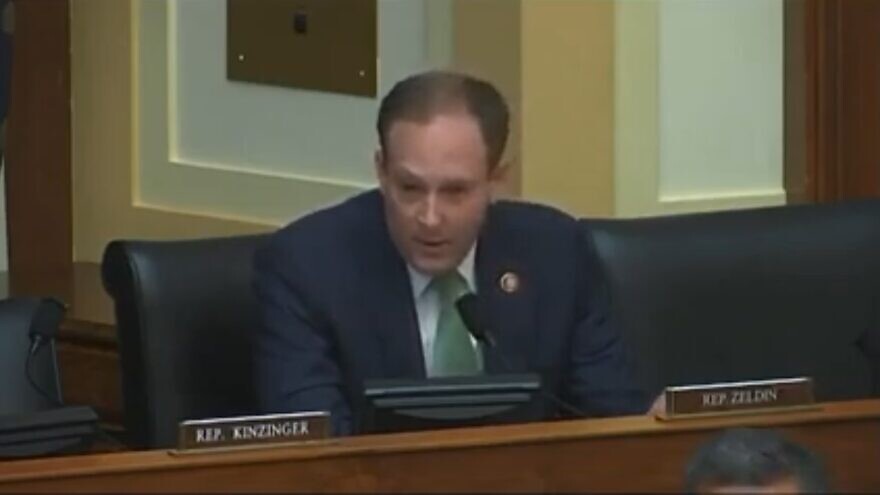 (November 4, 2021 / JNS) Deputy Secretary of State for Management and Resources Matt McKeon confirmed on Wednesday that the administration is seeking to reopen the U.S. Consulate for Palestinians in its original location in Jerusalem.

McKeon was grilled by Rep. Lee Zeldin (R-N.Y.), co-chair of the House Republican Israel Caucus, during his testimony before the House Foreign Affairs Committee and asked whether he was involved in planning the reopening of the consulate.

McKeon confirmed that he was, telling Zeldin that the administration was contemplating opening the consulate at a facility already owned by the United States on Agron Road in Jerusalem in the western half of the city.

“Already having a site that the United States owned is an important factor in this because having to go find a different site could be a challenge,” he said. “The main purpose of this consulate—and the main reason we want to use the one on Agron Road—is that [it] is the mechanism through which we have engaged the Palestinians in the past and for well over a century before it was closed. That’s what’s driving our decision-making on that.”

Zeldin asked whether the administration believes that Jerusalem is the capital of Israel.

McKeon confirmed that it was the administration’s position, though he did not want to weigh in on Zeldin’s follow-up question as to whether officials also believe the city should remain undivided.

McKeon said that he does not deal with such policy issues every day.

“I believe we still regard Jerusalem as a final-status question,” he said. “But I want to get you a more precise answer for the record.”

Zeldin pointed out that the Jerusalem Embassy Act of 1995, which then-Sen. Joe Biden (D-Del.) voted for, states that Jerusalem should remain the undivided capital of Israel. He also cited a recent video where the Palestinian Authority said the purpose of putting an embassy in Jerusalem was to divide the city.

“So the Palestinian Authority wants the U.S. government to do this,” stated Zeldin. “Their intent, their purpose, their motivation is to divide Jerusalem.”

It was closed under the Trump administration and replaced by a Palestinian Affairs Unit as a branch of the U.S. embassy in Jerusalem, though continued to operate from the same building on Agron Road.