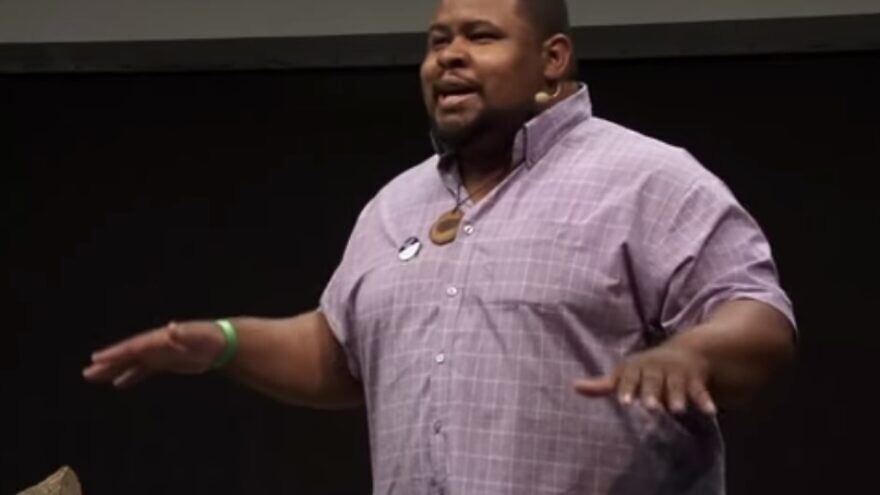 (December 16, 2022 / JNS) These days, Black Jewish chef Michael W. Twitty is getting questions that bring the heat, but have nothing to do with the kitchen. 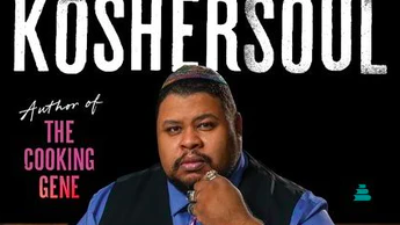 Michael W. Twitty on the cover of his book, “Koshersoul: The Faith and Food Journey of an African American Jew.” Credit: Amistad.

Twitty—author of “Koshersoul: The Faith and Food Journey of an African American Jew,” and the winner of two James Beard awards in 2018 for cookbook writing—tackled the antisemitism scandals surrounding the rapper Ye (formerly Kanye West) and the basketball star Kyrie Irving in an interview with author Jane Ziegelman at the Museum of Jewish Heritage in Manhattan on Sunday night. He affirmed that he will not forgive Ye.

“Kanye West is a jerk,” Twitty said. “The problem we have is that he has a very muddled understanding. He is not really an Israelite. I can deal with them. I’ve been dealing with them for 30-something years. I’ve been hollering at them for years. The pushback against people like me has been really disruptive. [People say] like, ‘Well, you’re not really Jewish…’cause you eat kosher food doesn’t make you a Jew.’ I beg your damn pardon? I’ve taught Hebrew school for 15 years…[wearing] tefillin doesn’t make me Jewish? [Having] white hairs on my head ’cause my kids drove me crazy getting ready for their bar and bat mitzvah makes me Jewish.”

The worst part about Ye’s tirades, he said, “was when he talked about scaring Jewish children.”

Twitty does not give Ye “a pass” for the “many issues” he is dealing with.

“But what people don’t get is that, what happens to the next brother and sister who walks into a shul, who is there to pray, be part of a community, when they get judged based on this fool? It already happens for us that we aren’t always welcome in certain places, certain communities…but this gets amplified when we have the face of anti-Jewishness be someone like them,” he said.

Twitty used to be a fan of Ye.

Ye’s antisemitism is particularly disturbing, Twitty explained, because there are people who “actually think he’s doing something righteous, and that’s scary. But the only thing we can do to push back against that is to have light, to talk to each other.”