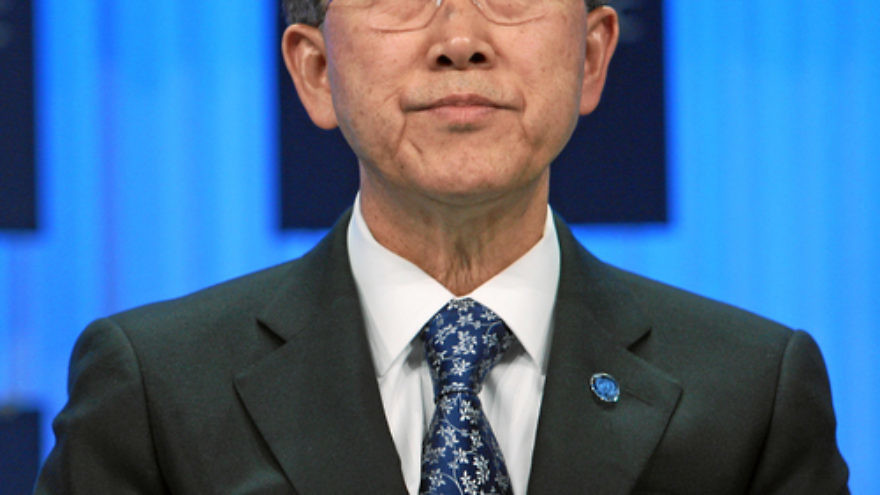 There are too many recent examples to work with. The hacking to death of rabbis at prayer. The Charlie Hebdo, Hyper Cacher, and November 2015 Paris massacres. The knifing of pregnant women, and of a mother of six in front of her children. Each of these attacks draws a decent amount of condemnation and outrage. But then you immediately start hearing something else as well. I’m not talking about the comments of those who support these murders; that’s for another conversation. I’m talking about those people who, in the interest of being fair-minded, start trying to explain and make sense of these murders.

When it comes to attacks against Israel and Jews, it goes something like this: “I don’t approve of it, but I understand it. The frustration and despair felt by the Palestinians, the occupation, the settlements, the loss of hope.” Here, for example, is United Nations Secretary-General Ban Ki-moon on Jan. 26 discussing this year’s wave of Palestinian attacks on Israeli Jews, in which several dozen Jews have been murdered: “It is human nature to react to occupation…Palestinian frustration is growing under the weight of a half century of occupation and the paralysis of the peace process…Security measures alone will not stop the violence. They cannot address the profound sense of alienation and despair driving some Palestinians.”

So does the chief of the U.N. condone or endorse such attacks? Of course not: “Stabbings, vehicle attacks, and shootings by Palestinians targeting Israeli civilians—all of which I condemn—and clashes between Palestinians and Israeli security forces, have continued to claim lives,” Ban said.

Leave aside for a moment whether Ban’s “explanations” are even correct. I want to point to a deeper issue.

Being “fair-minded” is not always appropriate.

Fair-mindedness comes from a good place. We want to understand others, empathize with them, and grasp the perspective of the other side, etc. When a situation is complicated, then it should be approached with nuance and care. I think all of that is just fantastic, and we should embrace it unequivocally in certain contexts: when we are doing scholarly work, for example, and when we are having conversations and debates with others who share our appreciation for those same values.

Nuance is often good—but not when it dangerously obscures what is black and white.

Take the Charlie Hebdo case. Many people could agree (myself included) that Charlie Hebdo’s satirical cartoons were in bad taste, offensive, understandably appalling to some or many Muslims, even “wrong” in some very strong sense—yet many people also agree that these facts did not make the cartoonists deserving of cold-blooded execution. The latter is black and white. Those attacks were wrong, outrageously so, period. Any subsequent effort to “explain and understand” cannot but sound like an effort to justify. “Yes those murders were wrong, but….”

There is no “but.” Acts like these force you to make a choice: either right or wrong, period. Explanation and understanding are good, but they must precede your moral evaluation. Once you’ve reached your moral conclusion they must be put away, lest they become conflated with justification. For all the explanation and understanding in the world cannot turn a wrong action into a right one.

Confusing explanation and justification in this way has enormously problematic consequences.

Think about what follows when Ban Ki-moon does precisely this: “I condemn these Palestinian attacks, but….” He says he condemns, but all the rest of his words, in “explaining,” support those attacks. What everyone takes away from his remarks is that what’s really wrong is not the Palestinian murdering but the Israeli “occupation,” the “security measures,” and so on. The only conclusion that can then be reached is that the more Palestinians murder Jews, the more the Jews must concede to the Palestinians in their very difficult and long-lasting conflict.

But this is entirely backward.

Once you’ve decided an action is wrong, you must act appropriately. Don’t merely say you condemn but take concrete steps such as these: call for discipline, punishment, disincentives for the wrong action, incentives toward alternate actions, and so on.

I’m not saying there is no place for “explanation.” Nor am I defending the “occupation” here, or any particular Israeli practices. That is for another conversation.

What I am saying is that if you condemn the Palestinian attacks on Israeli Jews, then don’t busy yourself explaining and understanding. Save those for other contexts. For when you combine them with your condemnations then your words of condemnation don’t merely become hollow.

And if you are truly fair-minded, including toward the Jewish victims of these attacks, then you should not be justifying them.

Andrew Pessin is a professor of philosophy at Connecticut College, and the author of several philosophy books for the general reader and a novel. For more information, visit www.andrewpessin.com.