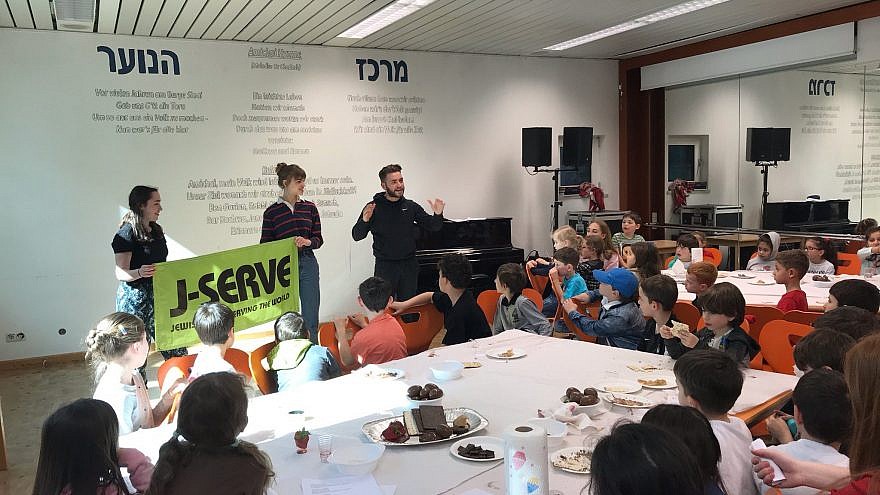 (April 8, 2019 / JNS) The Jewish youth group BBYO hosted its 15th annual International Day of Jewish Teen Service, or J-Serve, on Sunday with a record 15,000-plus teens in 150 communities in more than 25 countries.

This year featured an array of diverse social-impact projects that are beyond conventional hands-on service, as teen coordinators were encouraged to plan their own day of impactful programming designed to prioritize what they believe to be the most interesting and engaging approach to address their community’s social needs.

“J-Serve is a wonderful opportunity for teens to do something that is important to them and engage with ideas and causes they care about,” said Lynn Schusterman, founder and chair emerita of the Charles and Lynn Schusterman Family Foundation. “The Jewish future is bright when the next generation is ready to step up and be the change they wish to see in the world.”

Some of the projects included an inclusion-themed event in Orlando, Fla., with four different programs on topics such as LGBTQ+, mental health, physical disabilities and hate crimes towards minority groups, designed to support groups that face exclusion; an afternoon of nine different community service and improvement projects in Toronto, Canada, where more than 400 teens united to focus on causes such as poverty, hunger, homelessness, genocide, human rights, health and inclusion; and diverse J-Serve programs around the world involving thousands of Jewish teens in countries such as Austria, Bulgaria, Hungary, Israel, Kazakhstan, Mexico, Russia and Ukraine, participating in community service and social-action projects, some for the first time.

In Orlando, a workshop titled “Understanding Sexuality and Gender Diversity” was led by QLatinX, which was founded in response to the 2016 shooting at the Pulse nightclub in Orlando, where 49 people were killed and 53 others were injured.

In the workshop, participants had the opportunity to learn about the differences between sexuality and gender identity, and ask questions.

In February, Chicago industrialist Theodore Perlman and his wife, Harriette, pledged $25 million to BBYO, making it the largest single donation to a Jewish youth group in the United States.