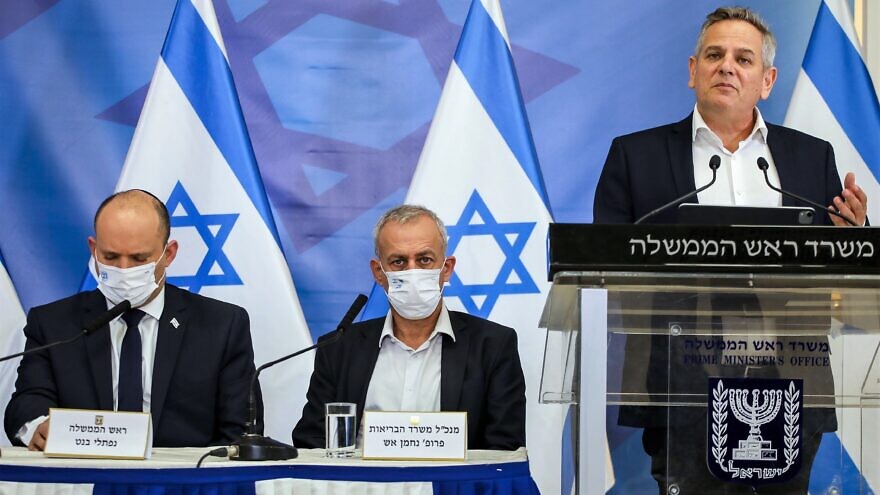 (November 26, 2021 / Israel Hayom) The Israeli Health Ministry reported on Friday morning that it had detected the country’s first case of a new coronavirus variant believed to have a heightened ability to transmit and evade antibodies in an Israeli woman who returned from the African country of Malawi.

Two other returnees from Malawi are suspected of carrying the virus and are currently awaiting PCR test results. All three individuals are said to have been vaccinated, but the ministry is looking into their exact status. The ministry is now trying to locate the woman who returned from Malawi to prevent the spread of the virus.

Israeli Prime Minister Naftali Bennett scheduled an emergency meeting with senior health experts on Friday to discuss measures to prevent the spread of the B.1.1529 mutation called Omicron.

“We are on the verge of an emergency; I ask everyone to be fully prepared to work around the clock,” he said in the meeting. “The new variant is very contagious and spreads faster than Delta. The South African health system is giving us information and does an impressive job, but we do not yet know all of the information.”

Nevertheless, the prime minister pointed out that the coronavirus-preparedness drill Israel conducted two weeks ago “prepared us for this.”

“Our goal is to act quickly, thoroughly and immediately, especially when it comes to entering and leaving Israel until the situation becomes clear. When it does, we will decide what to do further,” he said.

Already on Thursday, officials convened to discuss the new strain that was first identified in Botswana, Africa, but has since spread to South Africa and Hong Kong.

This means that Israelis returning from these countries will be required to self-isolate upon return for seven days in a state-run hotel. Exiting quarantine will be possible following two negative coronavirus test results. Tourists from the seven African countries will not be allowed into Israel.

According to British Daily Mail, B.1.1529 was first identified by Tom Peacock, a virologist at Imperial College London. The strain is said to have 32 spike mutations compared to Delta, the dominant strain in the world, which has 16. Peacock described the mutation profile as “really awful” and “horrific.”

Also on Friday morning, the ministry reported that the reproduction rate, which has been inching up for days, did not increase on Thursday. It currently stands at 1.08.

Altogether, Israel has reported 1,341,088 cases since the outbreak of the pandemic, including 8,182 deaths.

The ministry’s goal is to vaccinate half a million children by the end of the year, which is half of the target population.