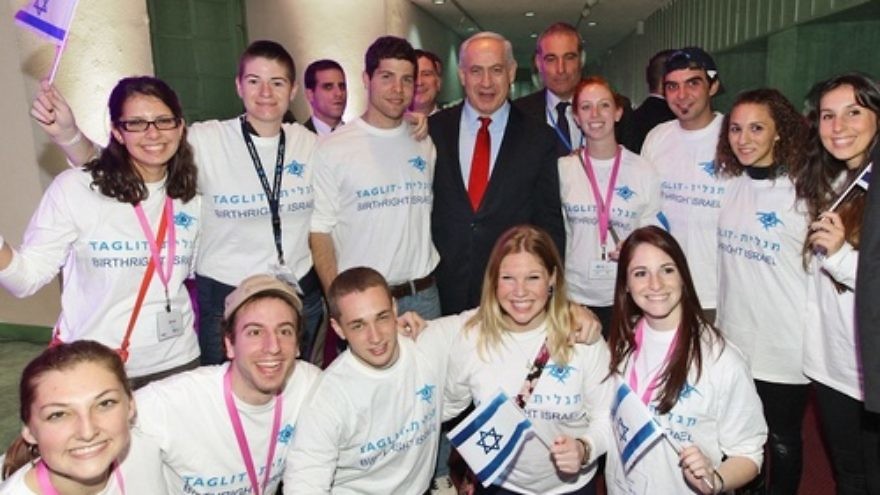 (January 22, 2014 / JNS) The Taglit-Birthright Israel program has expanded eligibility for its free 10-day trips to Israel for Jewish young adults ages 18-26. In a change first reported by JNS.org, teenagers who went on an educational trip to Israel during high school can now go on Birthright after previously being ineligible.

Birthright’s eligibility guidelines previously allowed people to participate if they had previously traveled to Israel with family or on other personal business, but not if they had been to Israel after the age of 12 with a touring group, educational program or organized residential program.

While those who have taken educational trips to Israel after turning 18 are still not eligible for Birthright, youths who took such trips before 18 can now go on Birthright from ages 18-26.

“I think everybody thought about [the change in the eligibility guidelines] for many years, and everybody wanted to have it,” Noa Bauer, Birthright’s vice president of international marketing, told JNS.org. “It was a matter of funding, and I think today you see more anti-Israel things on campus, and we realized over the years that people that have been to Israel again have more confidence for talking about Israel, and geopolitics, and anything pertaining to Israel after visiting with Birthright Israel. I think we’re one of the best platforms to do that for college students.”

The change in guidelines—approved Wednesday by Birthright’s steering committee and proposed by the committee’s chairman, Israeli Minister of Diaspora Affairs Naftali Bennett—will go into effect Feb. 19, for enrollment in Birthright’s summer 2014 trips.

“Taglit proved itself as a leading agent in strengthening Jewish identity among young people in the Diaspora and in building ties to the State of Israel,” Bennett said. “Taglit alumni are our best ambassadors, and the journey they experience in Israel equips them with the best tools to represent Israel abroad. Expanding their number and opening eligibility will allow Taglit to continue having a positive influence on the Jewish world.”

Rabbi Dave Felsenthal—director of the Orthodox Union’s Israel Free Spirit/Taglit-Birthright program—said in a statement, “For years, our most involved students had to give up on Birthright to go on a high school trip. Now our best students can also get the awesome Birthright experience as their second trip to Israel.”

Felsenthal said his Birthright program now expects “many more applicants than ever before.”

In the 13-plus years since philanthropists Charles Bronfman and Michael Steinhardt joined forces with the Israeli government, the Jewish Agency for Israel, global Jewish communities, and other philanthropists to fund Birthright, the program has taken about 350,000 young Jews to Israel.

Dr. Leonard Saxe, director of the Cohen Center and a chief author of its research on Birthright, told JNS.org that the change in Birthright eligibility guidelines is a “natural change for Taglit, and it offers the opportunity for them to do some experimentation, to try out different ways of adding content, of perhaps making trips more focused.” Saxe noted that the move would also increase the diversity of Birthright participants within individual groups traveling to Israel. In the same group, mixing Birthright participants who have little or no previous exposure to Jewish life, Jewish education, and Israel with those who have had more exposure to those experiences is “a healthy thing,” Saxe said.

The change in guidelines should help to allay the concerns of those who believed that the Birthright program’s prior disqualification of teenagers who took educational trips to Israel during high school was causing a decrease in the number of high school students traveling to the Jewish state. But in Saxe’s estimation, Birthright’s old guidelines were not the root of changing trends in high school-age travel to Israel.

Though there may now be fewer teenagers taking the popular summer trip to Israel after their junior year of high school, Saxe believes that is not so much a function of the availability of Birthright as it is of “the focus of juniors and seniors in high schools in the States on college and college admission, and the explosion of academic programs, and summer programs, for those students.”

Building on the Cohen Center’s previous research on Birthright, Saxe said the center is in discussions with Birthright about doing new research on “second-timers”—those who use Birthright as a follow-up exposure to Israel rather than a first experience, a group that should get much larger due to the new eligibility guidelines.

“Birthright has from the beginning been committed to research and evaluation, and so this will be added to the menu of things that it looks at, and I hope that within a year or so we’ll have answers to some of the questions about what is the impact on these second-timers, how does it affect the trips, and on a whole range of other issues,” Saxe said.

Saxe participates in Birthright steering committee meetings and gives regular reports on the Cohen Center’s findings, and as a result “everyone including the chairman, Minister Bennett, is aware of [the findings],” he said.

“Even if we didn’t do research on it, it still would be a successful program, but the fact that my colleagues and I have been able to document, both in the short term and now increasingly in the long term, the profound impact of Taglit, that has supported and reinforced the desire to make it available to more people,” Saxe said.

Attorney Stephen M. Flatow—a New Jersey resident whose daughter, Alisa, was killed in a Palestinian suicide bombing in 1995, when she was 20 years old and studying in Israel—said he was “glad to see the change [in Birthright eligibility] because I know what a visit to Israel can do for young adults.” The Flatow family established the Alisa Flatow Memorial Scholarship Fund “to encourage others to follow in Alisa’s footsteps in a yearlong program offering the full-time pursuit of traditional Jewish studies at schools in the State of Israel,” the fund’s website states.

“What I like to say is that every trip to Israel brings back not just a better Jew, but a better person,” Flatow told JNS.org.

Philanthropists Sheldon and Miriam Adelson have donated $180 million to Birthright.

Dozens of countries looking to connect Diasporas with their motherlands are taking notice of Birthright, according to Gidi Mark, the program’s CEO. Mark told JNS.org last year that he attended a conference in Dublin, Ireland “where everybody was talking about Birthright-Israel as a pioneer in this.”

“We were approached already by countries like Bulgaria… and we are happy to help those who approach us,” Mark said.