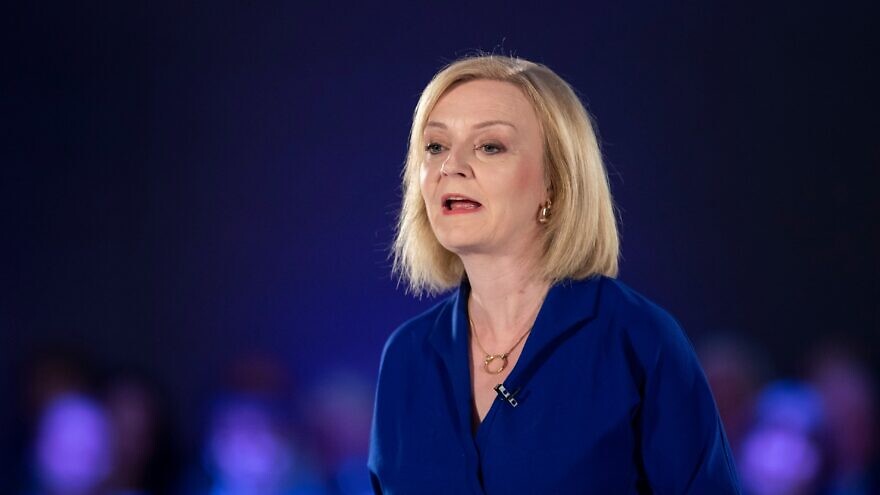 (October 20, 2022 / JNS) British Prime Minister Liz Truss resigned on Thursday just 45 days after assuming office, amid a political firestorm set off by her economic plan that was panned by investors, sent the pound and stocks tumbling and created chaos in her Conservative Party.

Truss, who goes down as the shortest-serving prime minister in Britain’s history, was under increasing pressure from fellow lawmakers following Wednesday’s resignation of Home Secretary Suella Braverman, and after she last week sacked her finance minister due to backlash over the “mini-budget” they had presented calling for deep unfunded corporate tax cuts.

Truss on Sept. 5 won the vote to become Conservative Party leader, and a day later was sworn in as prime minister, replacing Boris Johnson. In the September leadership election, Truss, then foreign secretary in Johnson’s Cabinet, received 57.4 percent of the vote among party members, while her opponent, former Chancellor of the Exchequer Rishi Sunak, garnered 42.6 percent.

Sunak is now widely viewed as the front-runner to replace Truss, with other possible successors including current Chancellor of the Exchequer Jeremy Hunt, leader of the House of Commons Penny Mordaunt and Secretary of State for Defense Ben Wallace.

Truss in August pledged during the Conservative Party leadership contest to review moving the U.K. embassy to Jerusalem, adding that she was aware of “the importance and sensitivity” that surrounded the legation’s location.