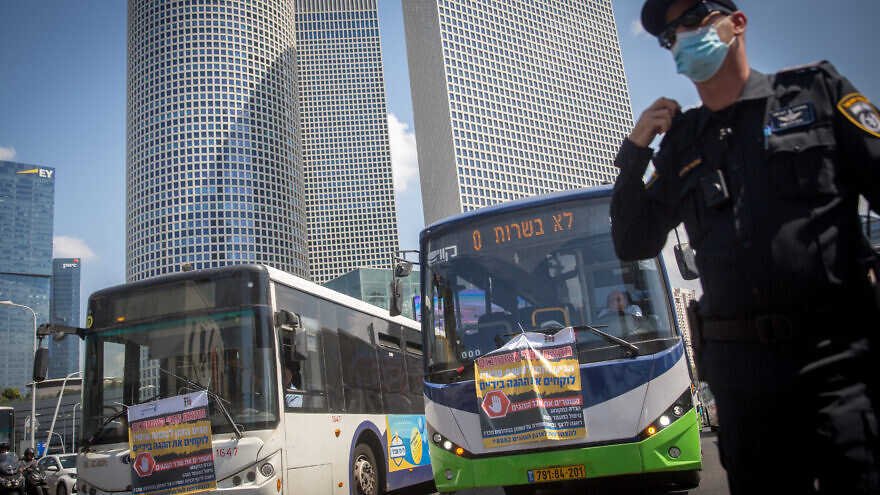 (December 9, 2021 / JNS) Israeli Prime Minister Naftali Bennett toured southern Israel on Monday as part of a government push to fight crime and violence in the Arab sector, particularly in the Negev region, which has seen a wave of attacks on Israeli buses by Bedouin.

“We came here today, to the south of the country, as part of dealing with crime in the Arab sector in the region and throughout the country,” Bennett said, according to a government press statement.

“For many years, the issue was not dealt with, and we had militias here that acted like they were in the Wild West. We are putting a stop to this,” he added.

The most recent attack in the south was on Nov. 30 when a bus traveling on Highway 25 in the Negev between Tel Aviv and Eilat was stoned by Bedouin.

Minister of Transportation and Road Safety Merav Michaeli and Minister of Public Security Omer Bar-Lev said in a joint statement on Dec. 1, “Throwing stones at vehicles is an act of terrorism, pure and simple, particularly when it is against mass transport where a single attack could claim many lives.”

Attacks on buses are not limited to Israel’s south. The most recent example came the evening after Michaeli and Bar-Lev’s statement when a bus driver was fired upon in the northern Arab village of Tayibe by a 25-year-old resident fleeing from police. Three bullets hit the bus. The driver, Tzahi Rothman, who was unhurt, told Ynet: “We absorb events every day that they don’t report at all: stones, bottles, spitting, curses.”

Nimrod Harari, the driver targeted in the southern rock-throwing incident on Highway 25, told radio station 103FM: “It is important for me to explain how dangerous the road has become. There is a fear of stones being thrown, the Negev is just alight. This is a trip that is supposed to be very quiet and pleasant. … On the road between Beersheva and Dimona, there is a Bedouin settlement. Suddenly, the windows on the bus shattered, and I felt a gust of wind. The passengers were in a panic.” 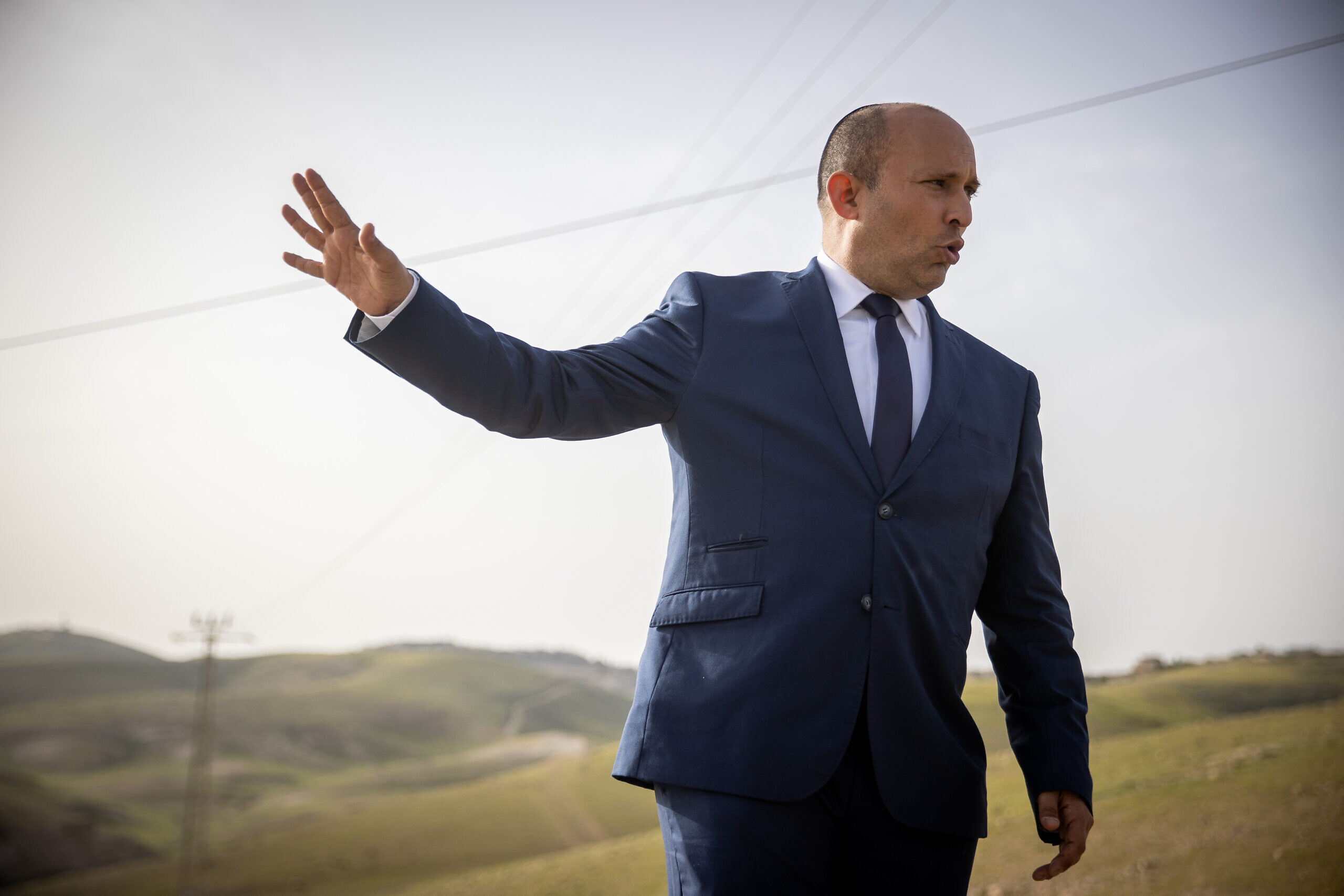 Israeli Prime Minister Naftali Bennett near the Bedouin village of Khan al-Ahmar in the West Bank before he was elected to the top job, March 21, 2021. Photo by Yonatan Sindel/Flash90.

‘The government still hasn’t woken up’

“I do not want to use the generalization ‘Bedouin.’ From my point of view, it’s lawbreakers,” Israel Ganon, chairman of the Association of Public Transport Drivers in Israel, which represents 15,000 drivers, told JNS. “There are lots of good drivers who are Bedouin, and we know their contribution to the country. So I would say ‘lawbreakers’ because it could be a Bedouin today, an Israeli-Arab tomorrow, and the next day an ultra-Orthodox haredi, or immigrant, or someone else.”

Ganon told JNS that the association’s key demand from the government is that drivers be recognized as public employees. “When you are defined as a public servant, then the police treat all complaints in a different way. And the courts also apply heavy penalties to anyone who interferes with public transport. In that way, we create deterrence.”

“The second thing is a public campaign,” he said. “The Ministry of Transportation should launch a campaign explaining why when you harm a bus driver, you endanger 50 passengers.”

Noting he had driven a bus for 20 years, Ganon said drivers carry the trauma of violent incidents long after they’re over, and “the Ministry of Transportation must give drivers moral backing and regulatory support as much as possible.” While he called the recent joint statement by the ministries of transportation and public security “progress,” Ganon said “the government still hasn’t woken up.”

The recent shooting by the Tayibe resident was met with “complete indifference” by the Ministry of Transportation, he said, noting that in contrast, “if someone shot at a teacher today, the Ministry of Education would immediately reach out to clarify the situation.” 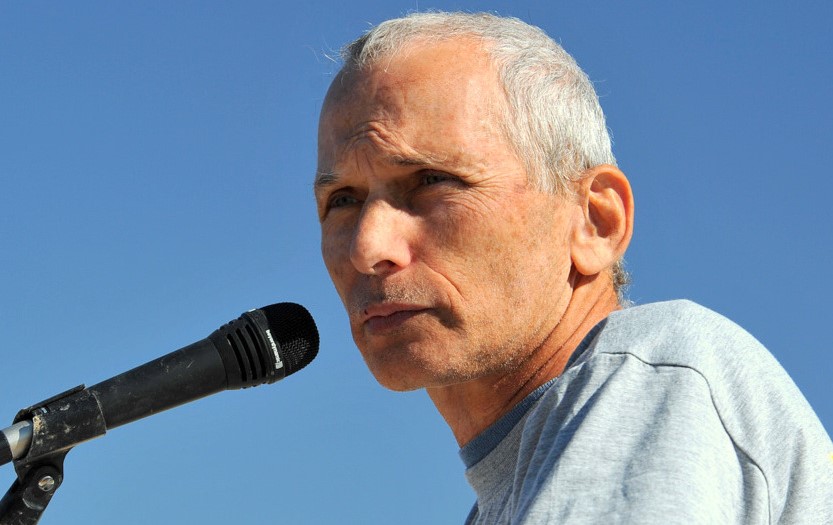 ‘Focus on violence and crime epidemic’

The Ministry of Public Security, for its part, says it’s taking action. Bar-Lev said in its statement: “Over the last two months, the southern district has begun implementing advanced plans to deal with violence and crime across the Negev.”

Natan Dublin, a spokesman for Bar-Lev, told JNS that those plans, which include beefing up police resources and the use of drones, have already begun to be implemented, and arrests have been made.

“The minister declared in mid-June when he took office that his main focus will be on the violence and crime epidemic that’s been plaguing Arab society,” Dublin said, noting that a government decision at the start of October specifically emphasized violence in the south of the country.

Listing an array of statistics showing that Arab violence has increased over the last seven years, Dublin said the current government views the phenomenon as an outgrowth of years of neglect by the government of the Arab sector.

“This neglect is worse in the southern part of Israel, mostly in the Bedouin population in the Negev,” he said, citing an August 2021 State Comptroller’s report that said Israel has nearly lost its sovereignty in the south. That loss of sovereignty expresses itself in a number of ways, Dublin said, including “in random night ambushes, blockades that stop cars in the middle of the night and demand payments to go through, car-jackings, and as we’ve seen in recent weeks, stone-throwing on passing automobiles and buses.”

Dublin said he understands the frustration of people driving through the south, but “Minister Bar-Lev has always stated that our plan is focused towards the year 2022 in lowering the crime rate numbers because after so many years of neglect, after so many years that the Negev was not looked after, it’s impossible to stop this rolling snowball as fast as people want it to.”

Results can’t come soon enough for Ganon, who emphasized that buses are a favorite target.

“Buses are perceived by people as a symbol of state rule and easy to attack,” he said. “There are no soldiers on the bus with weapons,” he added, noting buses have been hit by both Arabs and Jews in the recent past. “Now it’s Bedouin in the south. … We are once again exposed.”