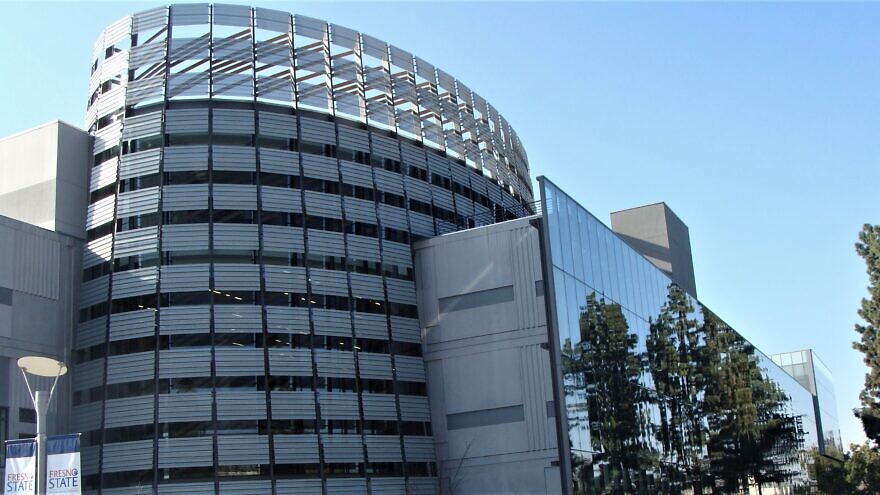 (July 15, 2022 / JNS) The California State University board of trustees has voted to remove the name of a Nazi sympathizer from the Fresno State campus library.

The Henry Madden Library will now be referred to as the Fresno State Library following an investigation that revealed the former university librarian had “deeply anti-Semitic and Nazi sympathies,” stated the library. Madden’s name will also be removed from signage, websites and other locations on campus in a process that is expected to take several months.

A task force formed by Fresno State president Saúl Jiménez-Sandoval released a 74-page report in May about more than 100,000 letters and documents that Madden donated to the university.

The report concluded that Madden donated the documents after “personally curating the contents and with full knowledge that they contained anti-Semitic and racist statements.”

When Madden died in 1982, a year after the university board officially named Fresno State’s library after him, his donated papers were sealed until 2007.

Following its investigation, the task force found that in the mid-1930s, Madden wrote numerous letters expressing anti-Semitic and pro-Nazi beliefs while studying as a graduate student at Columbia University, and while traveling through Germany and elsewhere in Europe.

“Madden echoed unfounded stereotypes about Jewish domination of key professions, drew distinctions between supposedly ‘good’ and ‘bad’ Jews, and confessed ‘a violent and uncontrollable phobia’ against Jewish people,” said the report. “In April 1935, he referred to himself as ‘a Nazi,’ and on multiple occasions, he closed letters by proclaiming, ‘Heil Hitler!’ ”

During his career at Fresno State he also “had the habit of making derogatory remarks not just about Jews but also about people of Mexican and Asian descent and African-Americans, among others,” said the task force.

According to the report, Madden never “reckoned with or repudiated his support of Hitler or the Nazi regime … and the archival record does not contain a single statement of regret about his pro-Hitler views, any condemnation of the Third Reich’s crimes or any expressions of sympathy for the victims of Nazism.”