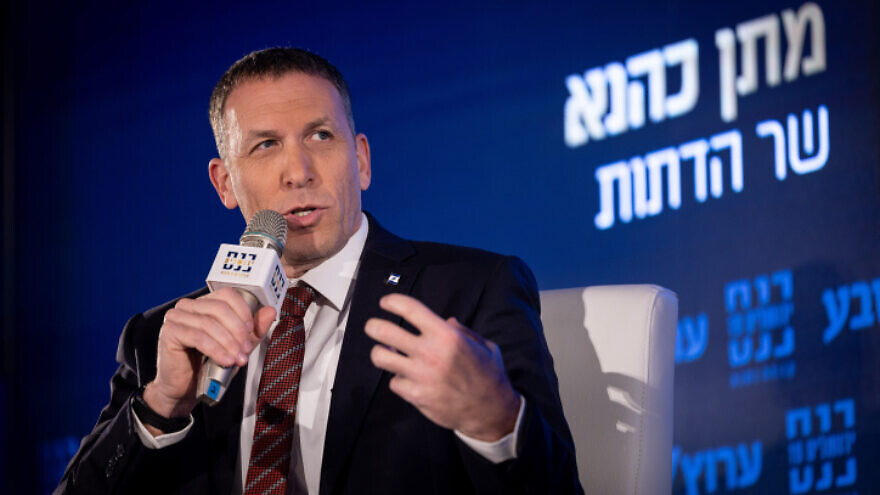 The bill would empower regional and municipal rabbinates with the authority to oversee conversions for would-be converts who prefer to bypass the Chief Rabbinate, which currently controls the mechanism.

Passage of the bill would make it easier for immigrants or the children of immigrants eligible for Israeli citizenship under the Law of Return to convert despite not being Jews according to halacha (Jewish Law). Sunday’s approval paves the way for the bill’s first Knesset reading.

Ultra-Orthodox lawmakers in particular, and the haredi community in general, have come out strongly against the legislation, claiming that the Knesset does not have the authority to determine who is Jewish.

“These are halachic questions [issues of Jewish Law], and there is only one address for them: the Chief Rabbinate. If someone is bothered by assimilation, let him/her change the Law of Return with just as much force and enthusiasm,” Ashkenazi Chief Rabbi David Lau said. “According to Interior Ministry data, the vast majority of immigrants to Israel are not Jewish, so why bring them here and then tell them there is a problem? Stop it beforehand if it pains you that much. Why change a law that is halachic in its entirety, instead of preventing the problem in the first place?”

Similarly, haredi lawmakers opposed the kashrut bill—also spearheaded by Kahana—meant to open up the supervision industry to competition. The law came into effect at the beginning of the year, after having been approved by the Knesset members following a tumultuous debate.