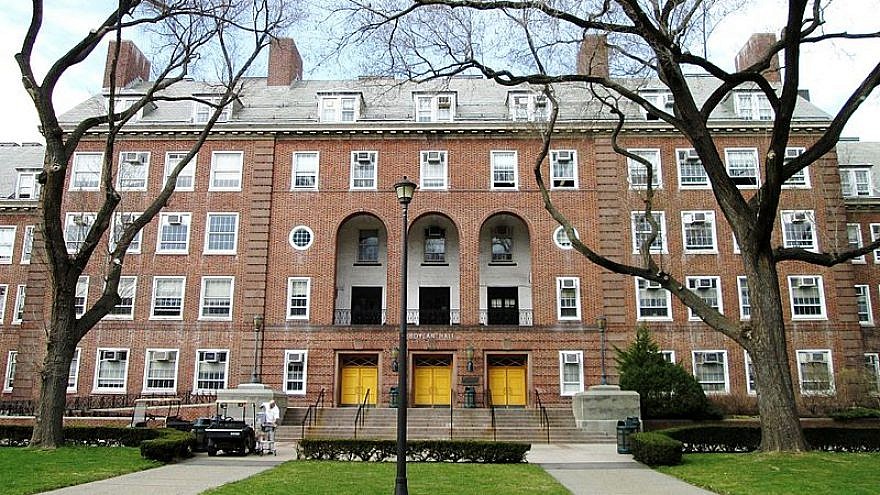 (October 13, 2022 / JNS) The City University of New York, under heavy criticism for its handling of rising anti-Semitism on its campuses, has announced a series of initiatives intended to begin addressing the issue. However, critics say CUNY is still refusing to define what constitutes anti-Semitism, rendering other steps it takes moot.

According to a Sept. 23 press release by CUNY, it is introducing initiatives to improve the experience for Jewish students on its 25 campuses. The new programs include a partnership with Hillel International, a $750,000 funding pool to combat anti-Semitism and a formalization of the expansion of CUNY’s student exchange programs and academic partnerships in Israel.

“While we are far from celebrating victory, I am pleased to see that CUNY’s response reflects what can be a monumental shift in the right direction within the university system,” New York City Councilwoman Inna Vernikov, a critic of CUNY’s administration, said.

But a closer look at the CUNY release shows that it will only use the IHRA definition as an “educational tool” to help train diversity, equity and inclusion staff, administrators and student leaders in “understand[ing] and recogniz[ing] the various forms of anti-Semitism.”

Vernikov previously told JNS that after CUNY Chancellor Felix V. Matos Rodriguez failed to appear as scheduled at a New York City Council hearing on anti-Semitism at the university, she met one-on-one with him, and Matos Rodriguez promised her a series of changes, several of which appeared in the recent CUNY press release. According to Vernikov, he was noncommittal about adopting the IHRA definition of anti-Semitism, claiming he was seeking further guidance from New York Gov. Kathy Hochul’s office, based on her June proclamation embracing the definition.

Offended at being gaslighted

“CUNY is rejecting adopting the IHRA definition and they’re trying to be clever. They can use it ‘educationally,’ along with other materials. Anything can be referenced educationally. I don’t even know what that means,” lamented Lax, co-founder of Students and Faculty for Equality at CUNY (S.A.F.E. CUNY), which advocates for Zionist Jews who are subjected to discrimination at CUNY. “Frankly, Jews should be offended at being gaslighted this way by this administration. It’s time they get called out for it.”

The IHRA definition states that anti-Semitism includes, among other things: denying Jews the right to self-determination, assigning responsibility to all Jews for the actions of a few or for Israeli governmental policies, applying double standards to Israel, and Holocaust denial and distortion. It has been adopted by dozens of countries, along with other governmental and private organizations—including the U.S. State Department—to guide their policies on anti-Semitism. Proponents point to the IHRA definition as a clear, compact, critical tool in identifying anti-Semitism and protecting Jews.

JNS reached out to CUNY for clarification on its use of the IHRA definition.

A CUNY spokesperson responded by saying that “as part of CUNY’s broad action plan to address anti-Semitism, the university is expanding DEI (diversity, equity and inclusion) training for staff, administrators and student leaders to help them understand and recognize the various forms of anti-Semitism. Towards these efforts, we will be incorporating educational tools such as the IHRA Working Definition of Antisemitism, a valuable reference point to determine manifestations of anti-Semitism.”

JNS twice asked why CUNY has yet to adopt the IHRA definition, but the university failed to respond.