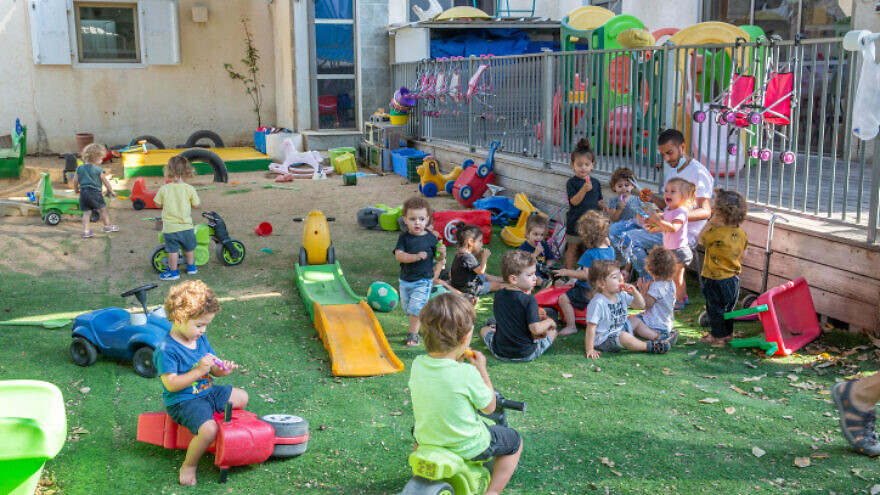 (February 20, 2022 / JNS) A cross-section study published earlier this month by Israeli researchers has raised the question of whether lockdowns and social distancing changed something in the human immune system, especially that of children.

In the months after lifting the majority of social restrictions, there was a sharp incline in respiratory and gastrointestinal infections among the Israeli population between April and June 2021, particularly among children ages 0 to 3, according to a peer-reviewed study by Ben-Gurion University of the Negev.

The findings were published earlier this month on JAMA Network Open, a monthly open-access medical journal produced by the American Medical Association.

“These findings suggest that as global COVID-19 vaccination rates increase and social restrictions are lifted, patterns of non–SARS-CoV-2 infection transmission observed late spring in Israel may be seen elsewhere, requiring early preparation,” the researchers said in their report.

To carry out the study, the researchers used records for respiratory and gastrointestinal infectious diseases at 209 community clinics in southern Israel from Jan. 1, 2017, to June 30, 2021. Age-specific and disease-specific weekly infection rates per 100,000 people between April and June 2021 were compared to the pre-COVID period.

The team determined that among the adverse outcomes that lockdowns and prolonged social distancing had on young children, one of them was increased subsequent susceptibility to pathogens and disease.

The researchers hypothesized that there could be two reasons for this. On the one hand, young children are less capable than older age groups of social distancing in their classrooms and maintaining strong hygiene practices. On the other, social distancing may have caused their immune systems to develop less than they otherwise would have, had they been around peers and hence additional germs.

Both hypotheses require additional investigation, said Tal Michael, a Ph.D. student at Ben-Gurion University who worked on the research.

“Every disease is made of a triangle: an agent (the virus), a host (humans) and the environment,” Michael told JNS. “Our question was to try to understand what of these three factors changed” during the period of lockdowns and other restrictions to give rise to respiratory virus infection rates immediately after.

He said the more obvious answer was that people were not coming into as much contact with others’ diseases as they had been previously.

But then why was the most notable change among young children?

“It is speculation, but the finding suggests that maybe staying away from other people did something to the immune system of children,” said Michael. “Back in the day, mothers used to keep their children away from dirt, dust, etc. Nowadays, it is more common to expose our children. Over time, we learned that such exposure actually makes our immune systems better. … We suggest that children’s immune systems were weakened during the pandemic because they did not meet other people in their age group.”

The next step would be to investigate this further, he said, but also to raise a red flag in countries around the world that are only now lifting restrictions, so that they can be better prepared to recognize and treat people.