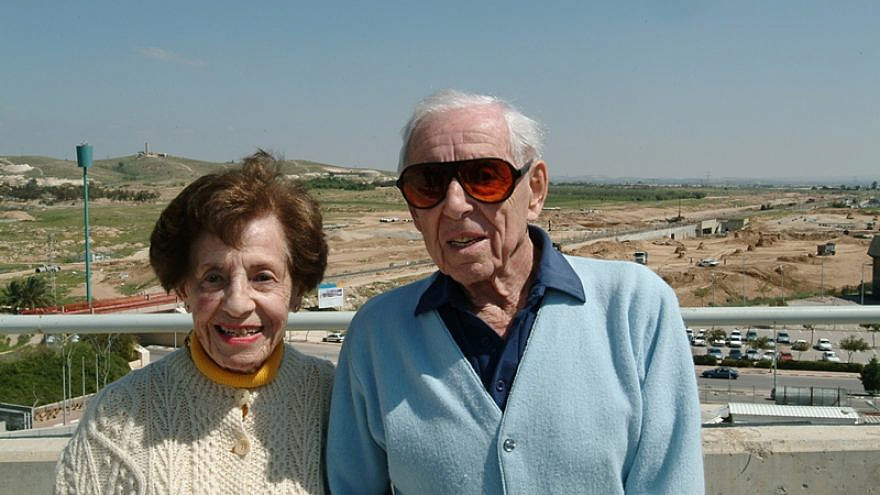 (January 25, 2023 / JNS) A documentary that reconstructs the lives of Holocaust survivors Lottie and Howard Marcus, who made the largest-ever charitable donation to an institution based in Israel, will screen at the Santa Barbara International Film Festival next month.

“Who Are the Marcuses?” reveals the mystery behind an unassuming couple from Great Neck, N.Y., with a passion for Ben-Gurion University of the Negev (BGU) and its innovation through water technology.

“The Marcuses were humble visionaries who saw the importance of water research not only as vital to Israel’s self-sufficiency but as a strategy to achieve peace through shared natural resources,” said Doug Seserman, CEO of Americans for Ben-Gurion University. “Their transformative generosity will be felt for generations to come.”

Former dentist Howard Marcus passed away in 2014 at age 104, while his wife Lottie died less than two years later. The documentary features the Marcuses retired in a modest two-bedroom apartment in San Diego. The film simultaneously traces the development of Israel’s vital water technology from pre-state to the present; how the Marcuses’ $500 million gift in 2016 has ensured continued leading-edge development in water science for Israelis and the world as a whole; sets the family’s gift in a geopolitical context; and explores both its impact and implications for regional peace through technology exchange.

“This film is the blueprint for existing and future technological solutions to climate crises that set the stage for lasting peace in the Middle East and beyond,” said one of the film’s producers, Bradford Schlei.

The documentary explores a number of foundational questions surrounding the historic donation, including: Who were these virtually unknown philanthropists who had never publicly revealed their wealth or intentions? How did they accumulate millions by getting in on the early days of the greatest financial services empire ever built? What compelled them and their daughter Ellen to give it all away? And why were the Marcuses so captivated by the issue of water scarcity and BGU?

The documentary made its sold-out world premiere at the Newport Beach Film Festival in California last October and went on to screen at the United Nations climate change conference COP27 in Sharm El Sheikh, Egypt, before coming to Santa Barbara. From Santa Barbara, the film continues its journey in Memphis, Colorado and New York among other cities.

“Our film has powerful messages about climate change, water technology, the environment, and philanthropy that can change our world,” said the film’s director and University of California, Santa Barbara alumnus Matthew Mishory. “But films are also about storytelling, and this one tells a story so unbelievable and inspiring, it can only be true. Screening at Santa Barbara is a homecoming for me and a dream come true for the production team. The region is both a growing eco-technology hub and fragile coastal system.”

Two screenings of “Who Are the Marcuses?” will take place on Feb. 13 and 15 at the Santa Barbara International Film Festival.