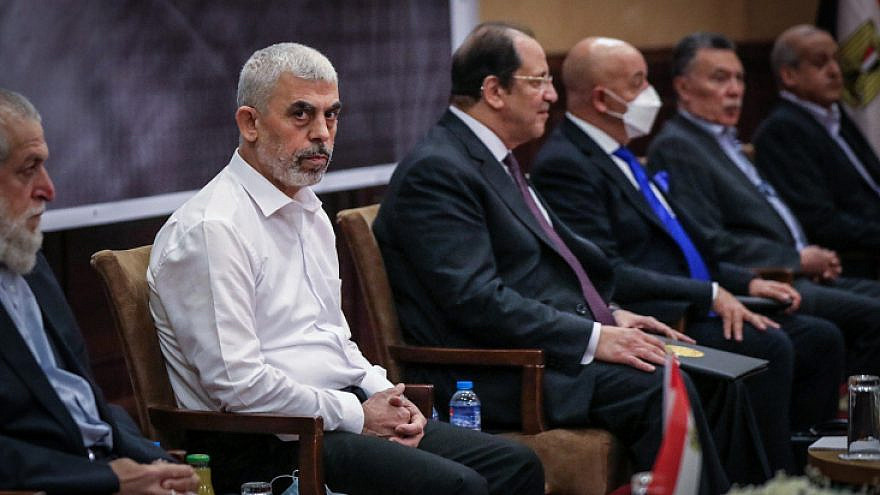 (October 24, 2022 / JNS) Reports have surfaced in recent weeks about Egypt’s role in leading negotiations between the Palestinian Authority and Israel over the possible development of natural gas reserves off the Gaza coast.

While the reports have yet to be confirmed, what is beyond doubt is that Egyptian bulldozers are paving new roads in Gaza and Egyptian construction teams are building new residential neighborhoods in the north of the Strip, relying on international and Gulf funding as part of a bid to help the Strip recover from past military conflicts.

And it is Cairo that mediated ceasefires to those conflicts.

These actions are all guided by core Egyptian security and political interests, but they also benefit Israel, according to Col. (res.) Shaul Shay, a senior research fellow at the International Institute for Counter-Terrorism in Herzliya and a former deputy head of Israel’s National Security Council.

“The Egyptian intervention in Gaza is a one-of-a-kind situation in which all parties benefit,” said Shay. While Israel cannot directly negotiate with the Hamas terror regime in Gaza, Jerusalem is interested in improving conditions for Gaza’s estimated two million residents, and this would, according to Israel’s view, decrease the chances of escalations and give Gazans a stake in a continued ceasefire—an influence that Hamas’s leadership would feel.

“In Gaza, Egypt is constructing communities and paving roads. Egypt is bringing in investors and entrepreneurs who are donating funds. I don’t believe they’re utilizing Egyptian taxpayers for these projects,” said Shay.

“The assumption is that whatever happens, Hamas will have more to lose as Gaza develops economically. Residents will want to maintain their normal routine, which will increase calm on the Palestinian side,” he assessed.

Lacking the resources to invest in Gaza on its own, Egypt has served as a conduit for investors and entrepreneurs from the Gulf.

At the same time, Shay stressed, Hamas has not relinquished its radical worldview, centered on the goal of destroying the State of Israel and replacing it with a Palestinian state run by the Muslim Brotherhood and stretching from the Jordan River to the Mediterranean Sea.

But this objective is mixed with a pragmatic short-term understanding “of what Hamas is capable of. Even [Hamas founder] Sheikh Ahmad Yassin was willing to enter into a hudna [long-term truce], without abandoning Hamas’s principles,” said Shay. “Hamas wants to demonstrate its ability to lead Gaza’s residents in circumstances that are not limited to war.”

Cairo has been acting as a constructive mediator between Israel and Hamas during times of conflict, said Shay.

“It is always the first to offer mediation assistance,” he noted. “Egypt also mediates in other issues involving Israel-Hamas conflicts, like securing hostage and prisoner exchanges, most famously during the 2011 Gilad Schalit deal—whatever one may think of the deal.”

And currently, Cairo is involved in talks over the release of two Israeli civilians being held in Gaza and the bodies of two Israel Defense Forces personnel who were killed in the 2014 summer war known as “Operation Protective Edge.”

“Egypt is present and can communicate with Hamas, Palestinian Islamic Jihad and other factions. As a result, Israel has a vested interest in this mediation,” said Shay.

Egypt views itself as the leader of the Arab world, a role that means playing a key role in the Israeli-Palestinian conflict. Meanwhile, Cairo notches up political credit in the eyes of the United States, which has had a troubled relationship with the government of President Abdel Fattah el-Sisi due to tensions over American criticism of human rights issues within Egypt.

“The U.S. certainly sees Egypt’s role in restoring calm in Gaza in a positive light, so Egypt gains in that regard too,” said Shay.

No less important, Egypt is guided by security interests, namely, the desire to cut off the Sinai Peninsula, home to an ISIS insurgency that has lasted years, from Gaza, also a hornet’s nest of terrorism.

According to Shay, Egypt is keen to ensure that no weapons make their way to Sinai from Gaza and that terrorists in Sinai do not find refuge in Gaza, as they have done in past years.

“Hamas is no big fan of the el-Sisi government, which has vigorously acted against the Muslim Brotherhood in Egypt to suppress it. However, Hamas requires [cover from] Egypt to complete rounds of fighting with Israel and to settle other issues. It is also critical for Hamas that the Rafah border crossing, linking Gaza to Sinai, remains open as much as possible for the movement of goods and people. The only way out of Gaza is through Egypt, via Cairo airport. Rafah opens and closes in line with Egyptian interests,” said Shay.

Egypt has engineered a role that uniquely benefits all parties concerned, he said.