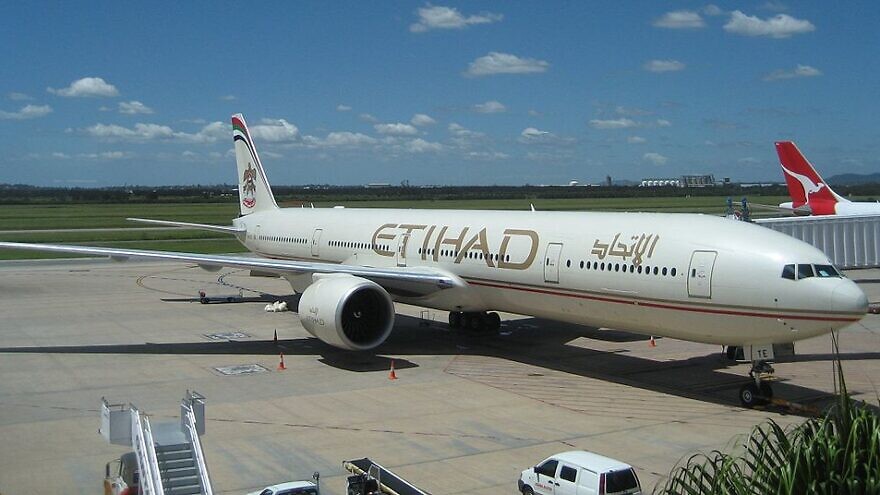 (April 20, 2022 / Israel Hayom) United Arab Emirates airlines Etihad and Wizz Air Abu Dhabi announced on Tuesday that they will not be participating in a flyover of civilian aircraft as part of Israel’s Independence Day celebrations on May 4 as planned.

Organized by the Israeli Airline Pilots Association (ISRALPA), the flyover is to feature planes from all of Israel’s airlines: national carrier El Al, Israir, Arkia, Kal and Ayit. This year, the Emirati carriers had also been scheduled to participate.

Capt. Maydan Bar, chairman of ISRALPA, said: “First and foremost, this is a pilots’ flyover, which proves that regional cooperation is achievable, and not only as announcements. I welcome with all my heart the pilots from the Gulf states who are taking part in our peace flyover and hope for continued, even increased, cooperation.”