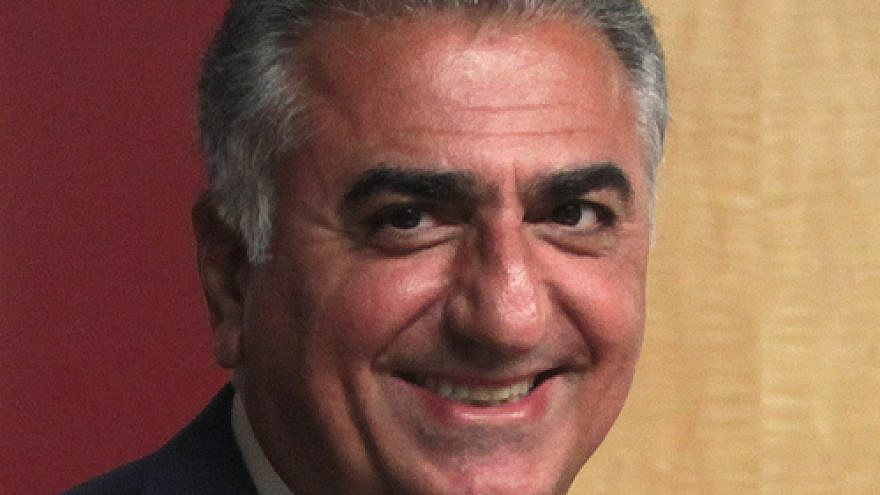 (February 14, 2021 / Israel Hayom) Israel and Iran are archenemies; that is a simple fact of the modern Middle East. So much so that is it easy to forget that this was not always the case. In fact, Iran was the second Muslim-majority country, after Turkey, to recognize Israel as a sovereign state.

Back in the 1950s, after the pro-Western Shah Mohammad Reza Pahlavi came to power, relations between Jerusalem and Teheran were close. Israel had a permanent delegation in Tehran that served as a de facto embassy, and ambassadors were officially exchanged in the late 1970s.

That all changed in 1979, when the Shah’s regime was toppled by Grand Ayatollah Ruhollah Khomeini and Iran was declared an Islamic Republic. The Shah had no choice but to flee Iran with his family. He died on July 27, 1980 while in exile in Egypt, where then-President Anwar Sadat had granted him asylum.

After the 1979 Islamic Revolution, Iran severed all diplomatic and commercial ties with Israel, and its Islamic government does not recognize the Jewish state’s right to exist. It repeatedly threatens to “wipe Israel off the map.”

In an exclusive interview, the Shah’s son, exiled Iranian Crown Prince Reza Pahlavi, the founder and leader of the exiled opposition group National Council of Iran, tells Israel Hayom of his unequivocal support for the Abraham Accords, sends his rivals a few poignant messages and speaks of his wish to someday visit Israel.

Q: What do you think about the new U.S. administration?

A: “I have always approached and judged every American administration, any foreign government for that matter, the same way and with a singular question—will they stand with the Iranian people? I ask them this not only for the good of my compatriots, but for their own national interests, as well.

“The regime’s destructive and destabilizing actions are not conducive to any long-term relations with the free world. It is yet to be seen how the new administration will act. Still, I feel its entrance on the stage betrayed a miscalculation. They said that they will go back to JCPOA [the 2015 Joint Comprehensive Plan of Action, better known as the nuclear deal with Iran], as their sworn enemy was scurrying to quintuple the enrichment percentage of uranium.

“This action was taken by the Islamic Republic as soon as it knew it was facing an administration that had already committed to return to the deal. It is blackmailing the free world. The only sensible solution to American and regional security concerns and the Iranian peoples’ myriad problems lies in supporting the struggle for freedom and democracy in Iran.”

Q: Do you think that the administration will return to the JCPOA?

A: “The fundamental problem with the JCPOA was that it was based on the fallacy of behavioral change. For four decades, Western powers have believed this regime would change its behavior. It will not. Iranians know that the regime is guided not by our national interests, but by its own corrupt, criminal interests.

“That is why I tell foreign leaders in my conversations with them that the only sustainable solution to this crisis will be found by supporting the cause of the Iranian people, not in appeasing their occupiers. Indeed, this is what Iranians tell the world themselves. Many brave activists inside Iran recently wrote as much in a letter to [U.S.] President [Joe] Biden.”

Q: What is your opinion of the JCPOA?

A: “With the JCPOA’s financial rewards, the regime controlled three major Arab capitals and intimidated more. It is no accident that the Abraham Accords came to be after that money was cut off and the intimidation lost its potency.

“In the countries like Iraq and Lebanon, where people fear the regime’s armed militias like Hezbollah, their loss of money and power invited a backlash of popular demonstrations against the Islamic Republic’s influence. It also enriched and increased the leverage of radical Palestinians over moderate ones, increasing insecurity for Israel.

“Cash infusion from the JCPOA also allowed the Revolutionary Guards to invest in the largest global network of terror and crime organizations, ensuring their continued income and the local populations’ insecurity in dozens of countries. What did the Islamic Republic lose? Questionably a few months on its path to a nuclear weapon. But with a free hand to sow mayhem in the region, the regime did not even need nuclear weapons.

“Through its armed proxies, the Islamic Republic has vast regional superiority in low-intensity warfare. But it fears escalation to high-intensity engagement, where it has technological inferiority. That is why it wants a nuclear umbrella, to deter high-intensity escalation.

“If the JCPOA guarantees no escalation, the regime gets what it wants and continues to achieve its regional expansionism through low-intensity operations. But the West loses what it needs: peace and stability in the region. That is why the JCPOA is a good deal for the Islamic Republic and a bad one for the West and the nations of the Middle East.”

Q: Do you support Abraham Accords?

A: “Of course. Stop for a moment and compare opportunities open to youth in the Abraham Accords countries, which I call the Alliance for Progress, compared to the squalor and wretched misery of youth in countries occupied and controlled by the Axis of Resistance: my own Iran, Iraq, Lebanon, Yemen and Syria.

“Joining societies, cultures, educational and health institutions, as well as businesses and markets has already been a boon to peace and prosperity among the accords’ countries. But the victory is not complete until Iran is free to move from the darkness of the Axis to the light of the Alliance. I hope it will, soon.”

Q: As long as the ayatollah-led regime rules Iran, is there any chance of normalizing relations with Israel?

A: “No. Unlike most states that define themselves based on what they are for, namely the prosperity and progress of their people, the Islamic Republic defines itself by what it is against. This is not a tactic; it is a hatred that will not go away, because it is also a need—the need for a common enemy to hold various factions together. It is an ideological glue that keeps their security establishment together.

“The regime denies the Holocaust and calls for the destruction of Israel, because any thaw, opening, economic or cultural exchange will involve a massive shift of power from the ideologues to proponents of reason. The regime needs the enemy to maintain power.

“The people of Iran, however, have a desire for peace with Israel, like all nations of the region and beyond who respect our sovereignty. Iran’s Biblical relationship with the Jewish people is deeply etched in our civilization and history, and will obviously be revived once this regime is gone.”

Q: From your connections with people living in Iran, will we be privileged to see you in the near future in Tehran?

A: “The only thing that matters to me is to be able to stand side by side with my compatriots, so that we can return to the path of building our nation.”

A: “I have no doubt. The gradual erosion of faith and trust in Islamist rule since the revolution has accelerated in the last decade. In the last three years, the change has been so drastic that only a few in Iran still believe that the young generation will long tolerate this oppressive regime from the Dark Ages. More and more, we are seeing defections from within the armed forces.

“This is critical, because it will, at the right time, allow the armed forces to stand by the people and allow a peaceful transition. This has been my aim for four decades, and I have always called for this national reconciliation.”

Q: What are the main issues on which you think Iran has failed in domestic and foreign affairs?

A: “Better than most, the Jewish people know that Iran, in its two and a half millennia of written history, has had glorious chapters. In terms of indicators of human happiness and quality of life compared to the rest of the world, never in our history have conditions taken such a drastic fall as under this regime. In stark contrast, never did they improve as in much as the 50 years before this regime. So we have literally had the best of times followed by the worst of times in the last century.

“From the point of view of the majority of the Iranian people, the Islamic Republic’s entire track record has been a failure. From the economy to the environment to health care to our relations with the world, this regime has failed in every aspect.

“It has taken our nation hostage and violated every single aspect of human decency and dignity. Yet this is not surprising, because what is important for this regime is not the Iranian people or Iranian national interest; it is its own enrichment and survival. It is, fundamentally, an anti-Iranian and un-Iranian regime.”

Q: Do you think the majority of the Iranian people support the regime?

A: “Quite the contrary. Would any people trust a regime that brought them the worst of times after the best of times? All the surveys and analyses I see, in addition to my own direct contact with my compatriots, indicate that after decades of a gradual decline, the regime’s drastic fall in popularity is accelerating. Indeed, this decline in support is even seen in the regime’s own establishment.”

Q: Does the regime pose a threat to Israel in the near future?

Q: If you are invited to Israel, will you come to visit?

A: “I would love to travel to Israel and meet its people. I believe it has much to offer my own country, especially in high-tech and environmental management. We are both nations with significant water concerns, and I believe our scientists would benefit greatly from learning from their Israeli counterparts.

“I would like to visit Israeli universities and think tanks that I have heard about and respect. But above all, I would like to meet the Iranian community living in Israel who is proud of its Iranian heritage and has preserved our culture and way of life in Israel better than it is allowed under the Islamic Republic’s hatred of our history and heritage.”

Q: If you return to power in Tehran, do you want relations with Israel to be as excellent as they were with your father?

A: “I do not seek power for myself; only to be a voice of and advocate for my people. My aim is to liberate my country and establish a secular democracy based on the will of the people. As such, I have no doubt that the children of Cyrus the Great always have a special place in their hearts for the people of Israel.”

Q: Are you in touch with senior Israeli officials?

Q: Finally, what is the message that is important for you to send to the citizens of Israel?

A: “The Islamic Regime, from its inception, has celebrated death. My favorite toast, on the other hand, is the Jewish l’Chaim: to life! We Iranians, as a civilization, prefer to celebrate life rather than death. Those who think alike, like the people of Israel, are natural friends and allies.”