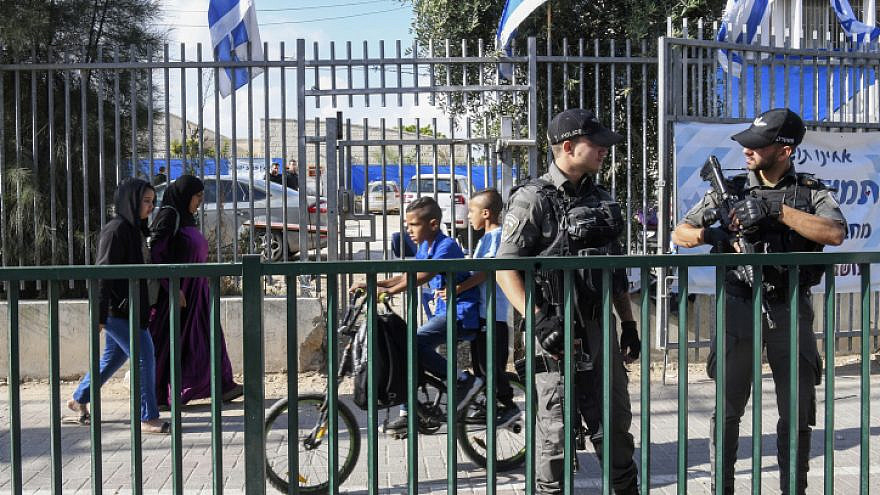 (May 25, 2021 / JNS) Even though the Egyptian-brokered ceasefire between Israel and Hamas went into effect on May 21, the fact that Hamas isn’t launching rockets and the Israeli military isn’t striking back at terror targets in the Gaza Strip doesn’t mean that peace has broken out between Israelis and Arabs.

Some experts believe that while the situation has certainly calmed down in the past few days, the sense of uneasiness remains higher than usual.

Others, however, have indicated that tensions are still simmering in places like Jerusalem, and in Judea and Samaria, following violent riots that took place at the start of Ramadan in April, which carried over during the Gaza operation, spilling into in mixed Jewish-Arab cities throughout the country.

Concern is also focused on hostility and anti-Semitic sentiment expressed among the Arab youth that could resurface at the next opportune moment if the incitement-laced tirades falsely accusing Israel of “storming the Al-Aqsa mosque” in Jerusalem are reintroduced.

“A,” the security commander over a highly populated region of Judea who works hand in hand with the Israel Defense Forces, told JNS that until this past Monday, “all of Judea and Samaria was on the highest alert there is,” with several potentially major terrorist attacks thwarted. One included an Arab woman who opened fire with an M16 rifle at a bus stop outside the community of Kiryat Arba near Hebron. She was shot and killed by quick-acting IDF soldiers. No injuries were reported on the Israeli side.

“A” also said that one of his biggest concerns is the fact that “towards the end of last week, we saw more armed Arab militants in the villages showing their rifles publically than we had seen in the past 10 years,” referring to armed wings of Fatah (the party that controls the Palestinian Authority) that were threatening to relaunch terror attacks.

Natalie Sopinksy, director of Fundraising for “Rescuers Without Borders”—an emergency first-response organization dedicated to saving lives in Judea, Samaria, the Old City of Jerusalem and other parts of the country—also keeps track of daily terror attempts and told JNS that “the attacks on the roads have severely decreased since the ceasefire.”

Sopinsky added that until then, “the situation was just crazy. We were seeing all kinds of attacks carried out by the Arabs—pipe bombs thrown at cars on the road, burning tires hurled, rock attacks—it was constant and too hard to keep track of. But now it’s much quieter.”

Jerusalem saw some violence on the Temple Mount this past Friday following Muslim prayers, as Hamas declared a “Day of Rage” in Israel’s capital city. The Israel Police Department spokesperson told JNS by email that they were able to quickly control the situation, writing: “After the riots on Friday and the arrest of some of the rioters, we did not see further disturbances, and the Temple Mount was reopened to visitors.”

The spokesperson added that “Israel’s police acts firmly and deals with all acts of violence in order to bring anyone to justice who tries to disrupt the normal routine of life [in the city] and disturbs public order.” 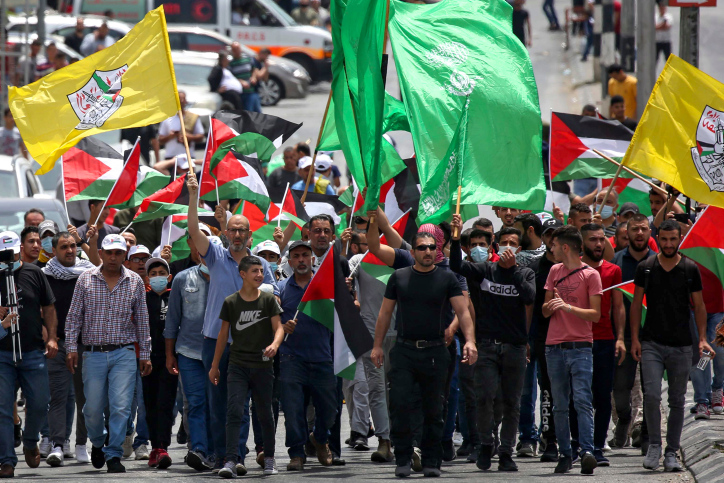 Clashes between the Israeli army and Palestinians in the West Bank city of Bethlehem on May 21, 2021. Photo by Wissam Hashlamoun/Flash90.

‘Everything now is a war between Fatah and Hamas’

At the same time, the Temple Mount was reopened to Jewish visitors on Sunday for the first time in 20 days. Ironically, on that same day, the quiet on the mount was disturbed by violent clashes between Arab supporters of the P.A.’s Fatah and followers of Hamas.

A security expert who asked not to be identified told JNS that “the quarrel between Fatah and Hamas is the real story here.” He explained that “when Palestinian Authority head Mahmoud Abbas canceled the elections”—the elections to the Palestinian Legislative Council, which were scheduled for May 22 and canceled by Abbas at the end of April—“Fatah supporters in Jerusalem were very angry and decided to demonstrate. When the demonstrations reached the Temple Mount, a place involving religion which is sentimental, that’s when they turned violent and they blamed Israel.”

He explained that by launching rockets at Jerusalem and the subsequent firing of more than 4,000 rockets towards Israel, “Hamas won on the streets. The violence you saw on Sunday is Fatah acknowledging that loss, so everything now is a war between Fatah and Hamas.”

Even as a 17-year-old Arab terrorist stabbed two Israelis near Jerusalem’s French Hill neighborhood on Monday, including a soldier and a civilian—moderately wounding them both before border police killed the assailant—the same security expert does not believe that the attack is a prelude to an increased level of violence targeting Israelis in the city.

He predicted that while Fatah and Hamas might continue to go after each other, “Ramadan is over, so the Arabs in the city are going back to making a living.”

He added, “The Arabs in Jerusalem don’t want to live under the P.A. or under Hamas in Gaza. They have rights here, and a good life here. Therefore, things will be calm.”

In terms of the post-ceasefire potential for further violence in mixed Arab-Jewish such as Lod, Ramle, Jaffa, Bat Yam, Akko, Haifa and Tiberias, the police are confident in their ability to maintain calm. According to the Israel Police Spokesperson, “at the moment, quiet and order are prevailing.”

The spokesperson added that “the Israeli Police are continuing ‘Operation Law and Order’ throughout the country. As part of the operation, there is a large police presence—using all of the means at our disposal in order to settle the score with the rioters and bring them to justice.”