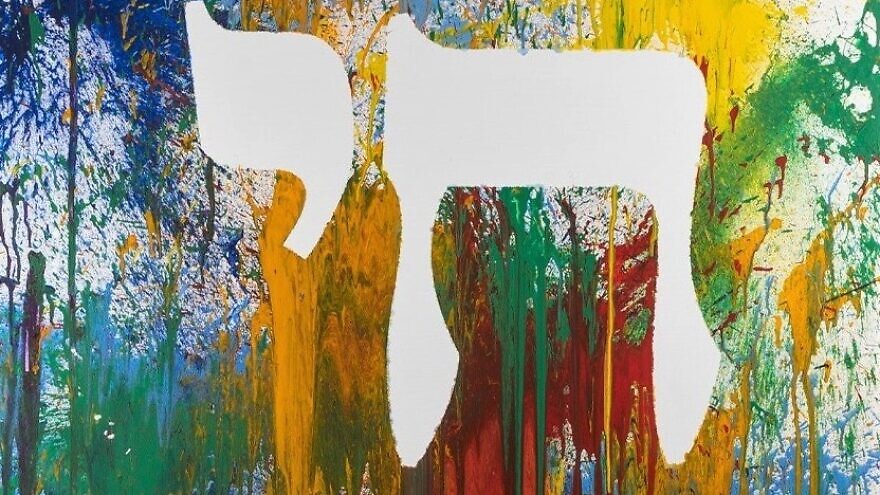 The 42-year-old was born in Odessa and made aliyah to Israel as a child without his parents so he could study in religious school. He would later pass his exams to enlist in the duvdevan (“cherry”) unit in the IDF.

After coming home from the army in 2002, he was called back just four months later to serve in the special forces as a reservist as part of “Operation Defensive Shield” during the Second Intifada. Just hours after receiving the call, he was in uniform at a Palestinian refugee camp in Jenin. His battalion suffered heavy losses, and though it was 20 years ago, Roytman told JNS he remembers it every day of his life. “For three weeks, we didn’t take our shoes off. It was real war with tanks, helicopters, no food or water, and many bullets.”

When he returned, Roytman found himself disillusioned by normal life going on around him, all while he and his brigade had been deep in serious conflict. “Art is a new way to express my ideas, and the best thing I really know how to do was to shoot. It’s something I did for 20 years.” 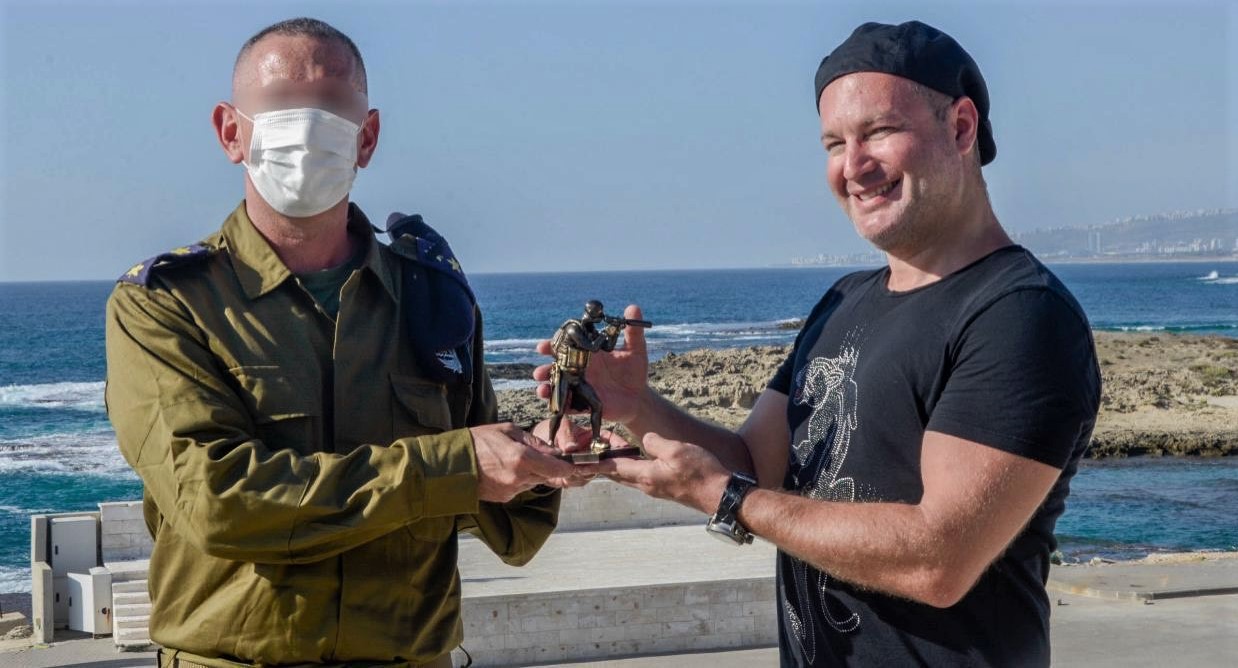 David Roytman and Israel Defense Forces soldier who was the model for his figurine. Credit: Courtesy.

‘Respect and pride in being Jewish’

Art has often been used as a form of therapy and healing, expressing what words cannot.

Roytman’s art, however, carries another message. “Any country sending their boys—often, their best boys—to protect their country and fight for the ideas of a government must understand that when they come back—if they come back—will be different people from when they left. Though they may look the same, they are completely different,” expressed Roytman, who requests understanding that as it takes time to adapt to service, it takes even more time to adapt back into civilian life, especially after serving in a special-forces unit.

“We must provide for them, understand them, or they may never come back for real, like zombies walking the streets, and [if not addressed], this will stay a challenge for the government and for the people,” he said.

Roytman’s recent “Make Art Not War” exhibition was shown at the Menachem Begin Heritage Center in Jerusalem. The art was created using pistols, rifles and tanks to detonate bags of paint onto and through the canvas before peeling off laser-printed stickers that create blank space in the form of letters and symbols. Proceeds go to raising awareness of veterans struggling with post-traumatic stress disorder, or PTSD. 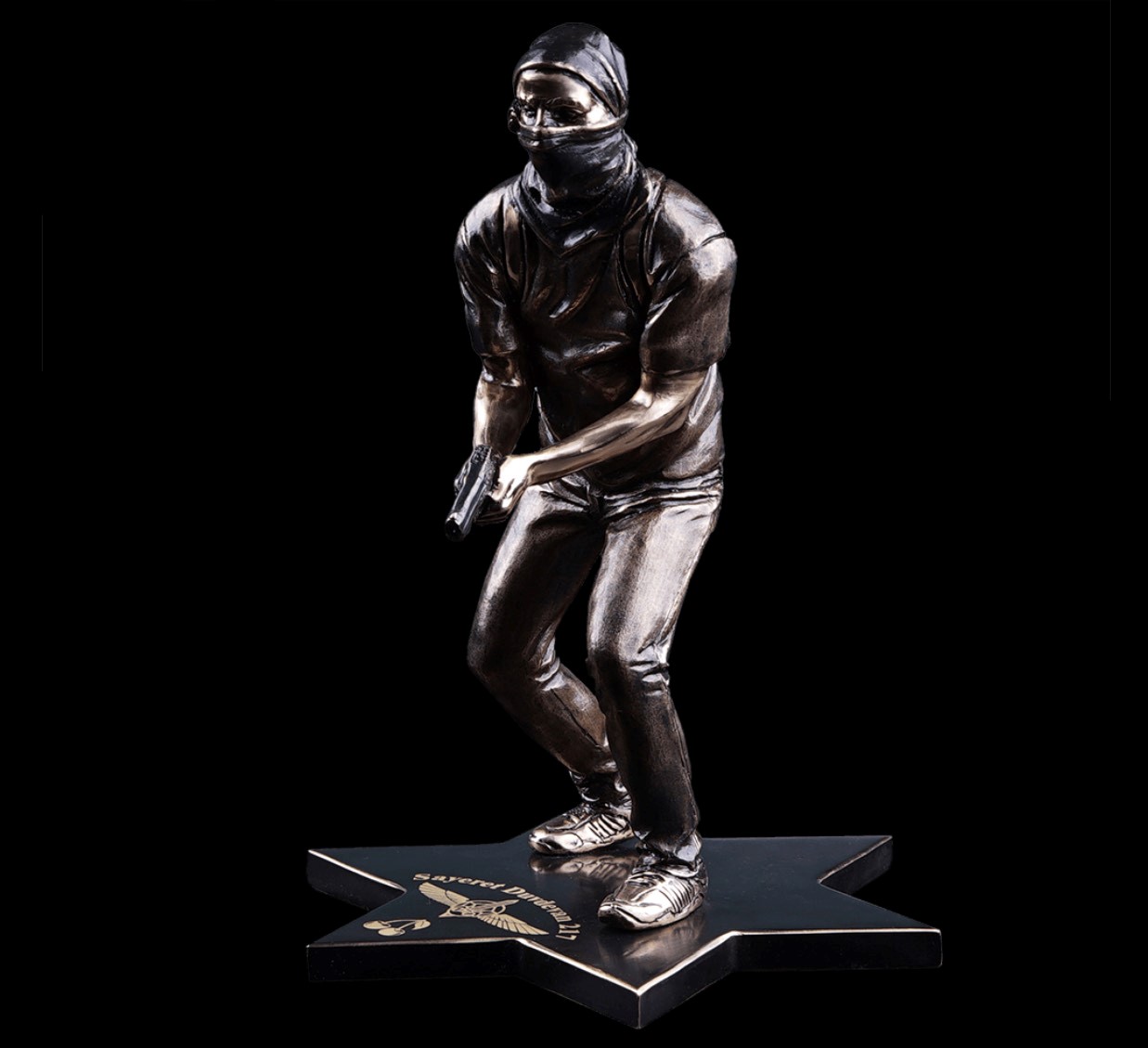 Roytman has only been working in the field of art for six years (though he noted being artistic as a boy), and his previous work includes a diverse range of luxury, handmade Judaica—from bronze IDF figurines to high-end kipahs. Each of his products intends to empower and spread Jewish pride—the kipahs, for example, are one of the ultimate displays of one’s Jewishness, though Roytman says they are often but an afterthought for the wearer.

“There are businessmen who have on a $10,000 suit and $200 socks, but then they have on a $5 kipah that is worn the entire day,” he said. “It doesn’t make sense. So I’m selling thousands of kipahs with a new vision of respect and pride in being Jewish—and this is just the beginning.”

Where Jews used to be afraid to outwardly show their Jewishness, said Roytman, things have now changed. “For the first time since the destruction of the Temple, Jews can be proud Jews almost everywhere, and wearing a kipah poses no danger to one’s life,” he emphasized, adding that for others to change their perceptions of Jews, first the Jewish people need to change the perception of themselves.

His upcoming boutique, which follows his earlier boutiques in Israel, Ukraine, Russia and the United Kingdom, is set to open in early spring on Green Street in the SoHo section of New York City.