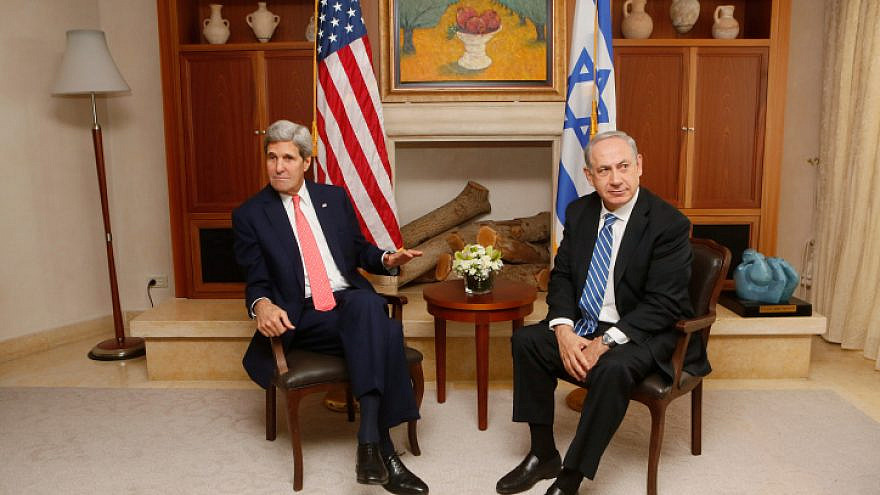 (April 29, 2021 / JNS) John Kerry, who serves as U.S. special presidential envoy for climate in the Biden administration and was secretary of state during the Obama administration, continues to face a backlash over allegations that he may have provided Iranian foreign minister and nuclear negotiator Mohammad Javad Zarif inside information on Israeli military operations.

Three Republican members of the House Foreign Affairs Committee wrote a joint letter the U.S. State Department inspector general on Wednesday to demand an investigation into whether Kerry did indeed provide information, as Zarif claimed in a recording provided to The New York Times, the details of which were published in a story on Sunday.

In what was reported to be a conversation with an Iranian economist, Zarif claimed that Kerry told him that Israel had attacked 200 Iranian targets in Syria.

“If this report is true, Secretary Kerry severely undermined the American-Israeli alliance to provide intelligence about one of our most trusted allies to the world’s largest state sponsor of terrorism,” Rep. Andy Barr (R-Ky.) said in a news release.

“John Kerry and Joe Biden have proven to be pro-Iranian before by championing the failed Iran nuclear deal, but this type of betrayal of a staunch ally is simply unconscionable. We need the inspector general to launch an immediate, impartial investigation to determine the validity of these claims,” according to Barr.

He was joined in the letter by Reps. Ann Wagner (R-Mo.) and Lee Zeldin (R-N.Y.), with both questioning whether Kerry should remain in his current position in the Biden administration.

“The State Department must investigate the massively alarming allegations that John Kerry, in his capacity as Secretary of State, leaked information to Iran on covert Israeli military operations,” Zeldin said in the release. “If it’s proven that Kerry actively undermined one of America’s staunchest allies, he needs to resign from the Biden administration immediately and have his security clearance revoked.”

Former Israeli Ambassador to the United States and former Knesset member Michael Oren said that while he had a good working relationship with Kerry during his tenure from 2009 to 2013, Kerry seemed to have an “unhealthy obsession” with Israel during his time in office.

Oren cited Kerry’s speech in 2016 after failed Israel-Palestine peace negotiations, where he spent more than an hour lecturing Israel on its settlements while war was raging out of control in neighboring Syria. 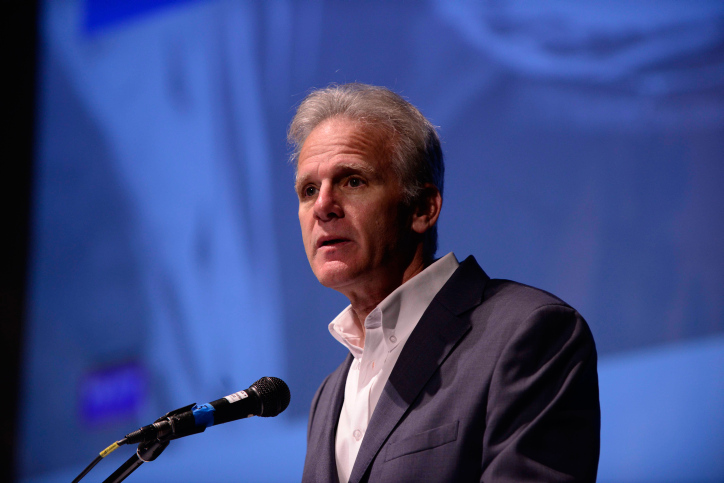 “At the same time when Syrian [President] Bashar Assad was killing a half million of his own countrymen and the U.S. government refused to intervene, Kerry found time to give an hour-long speech condemning Israeli settlements,” said Oren. “What was going on north of [Israel] was the largest massacre in post-World War II history.”

The speech was especially puzzling, Oren pointed out since Kerry blamed Israel alone for the failure of the peace talks.

Oren said that he didn’t know whether Zarif was telling the truth in the recording, but it was well known during the negotiations for the Iran nuclear deal Kerry and Zarif had a close relationship, something that troubled Israel.

“He made no attempts to disguise that,” said Oren. “And for Israelis, this was very disturbing. This was the representative of a government that was sworn to destroy us—actively seeking to destroy us. It wasn’t passive. It wasn’t just rhetoric.

‘You have two leaders, and one of them is lying’

Former Israeli Ambassador to the United Nations Danny Danon said that he listened to the recording of Zarif and it sounded authentic, but one has to take into consideration the sophisticated propaganda of Iran.

“I think it is a very serious allegation. It involves the closest ally of Israel and the worst enemy of Israel,” he said. “I really hope that it’s not true. But, you know, you have two leaders and one of them is lying. It’s either Zarif or Kerry.” 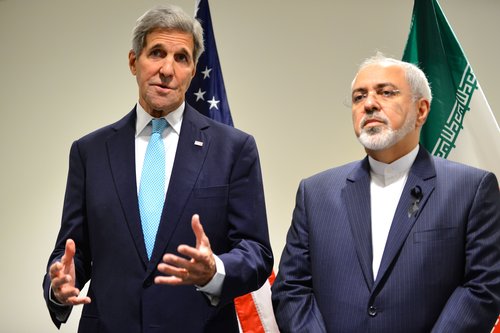 Kerry denied the reports in a tweet on Monday.

“I can tell you that this story and these allegations are unequivocally false,” he tweeted. “This never happened—either when I was Secretary of State or since.”

Danon said Kerry was investing a lot of energy in creating the Iran nuclear deal and was trying to speak to all sides, so it was known that he kept in touch with Zarif, even after he left office.

“It’s the U.S. policy to decide with who they are speaking and about what, but once it involves our security or our interests, that’s something we expect our allies to protect our interests the same way we protect U.S. interests,” explained Danon.

If the allegations against Kerry are true, which he hopes they are not, it would be a problem.

“One can argue how much it risked our lives or not, but I think it’s more than that,” said Danon. “It’s about what you are talking with whom when it comes to our interests.”

But he added that the bond between Israel and the United States is stronger than mistakes made by any particular leader.

While it remains unclear from the recording whether Kerry told Zarif the information before or after the details were already public knowledge, Oren said it wouldn’t matter, as Israel’s policy at the time was not to comment on its operations to prevent a situation where Assad would be obliged to respond militarily to Israel.

What really upset Oren, he said, and Israeli officials during the Iran nuclear deal negotiations was the existence of secret backchannel negotiations between the United States and Iran through Oman.

“These negotiations were conducted under the auspices of Kerry. … Israel was being assured repeatedly, every week, that no backchannel, no secret negotiation was going on with Iran when, in fact, there were,” he said.

The existence of these negotiations became public in November 2013, a month after Oren was no longer ambassador. Oren said that the seriousness of what he called a “betrayal” was such that had he still been the ambassador, he would have seriously considered resigning.

“The point is that Kerry presided over negotiations that were conducted behind Israel’s back on an issue vital to Israel’s security, if not its survival. And deliberately misled us about them,” he said.

After all, he said, the United States is “our No. 1 ally,” and it was “negotiating behind our back with our No. 1 enemy.” Israeli settlements may be an issue, he said, but Iran is “a matter of national survival for this country.”