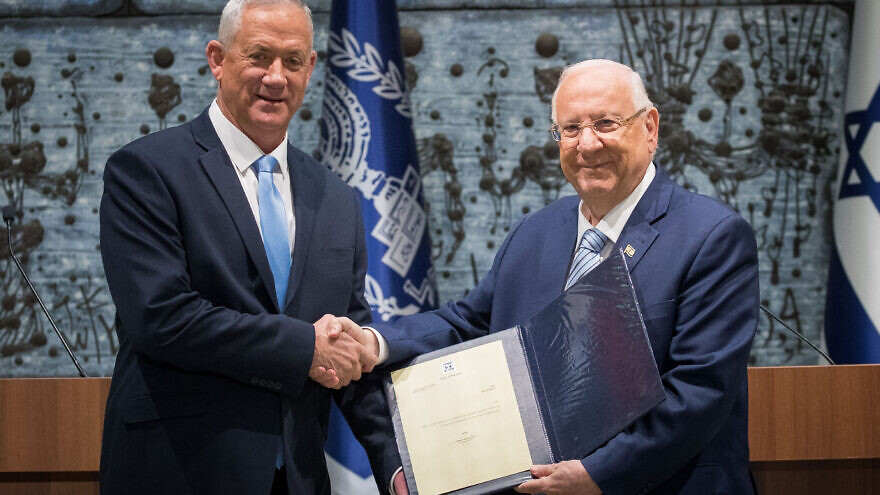 According to Israeli media reports, in his official request, Gantz attributed the delayed negotiations to the “health and social crisis” caused by the coronavirus pandemic, as well as the Passover holiday. Gantz told Israeli President Reuven Rivlin that a unity agreement between Blue and White and Netanyahu’s Likud Party was “close,” and that “with additional time an agreement can be finalized.”

“The political, medical and social crisis brought me to the decision that even at a heavy political and personal price, I will do all I can to form a government together with the Likud Party,” he continued, explaining his reasoning for unifying with Likud after two failed elections. “I decided that at this time, it was right to postpone important accomplishments and ambitions in order to do what is necessary.”

Gantz’s request comes hours before the expiration of his mandate to form a government, given to him by Rivlin following Israel’s March 2 election, its third in less than a year.

If Rivlin denies the request, the mandate would be given to Netanyahu. If he is also unable to build a majority government of 61 seats in the 28 days following the beginning of his mandate, there would then be a three-week period in which any Knesset member could attempt to form a majority government.

If that, too, were to fail, a fourth election would be automatically initiated.