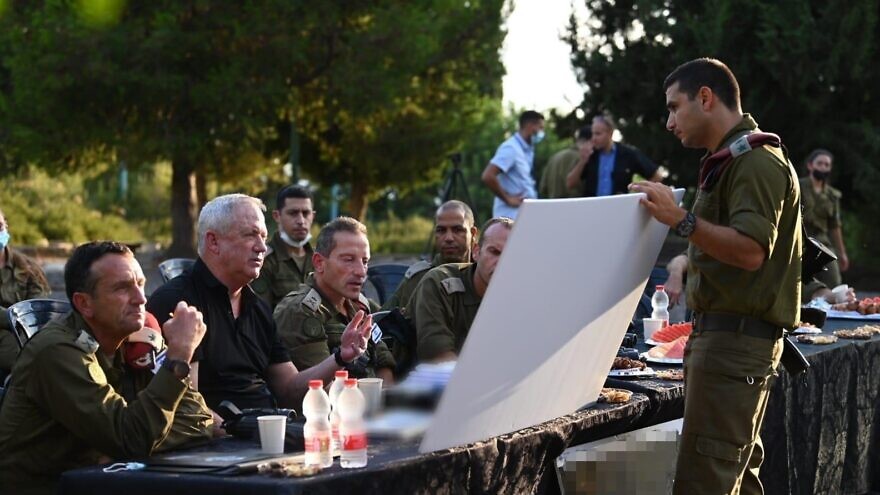 (August 10, 2021 / JNS) Israeli Defense Minister Benny Gantz warned on Tuesday that Israel “will not stand by while Iran advances its nuclear program” during a tour of the Israel Defense Forces’ Northern Command.

“Just as we saw in [recent] maritime attack[s], which claimed the lives of two foreign nationals, Iran is the greatest threat to global and regional peace,” he said. He was referring to Iranian aggression in the Gulf of Oman and the deadly drone attack earlier this month on the Mercer Street oil tanker that killed one British national and one Romanian national onboard the vessel.

“We call on the international community to take action and stop Iranian aggression. This is the time for joint action.”

Gantz toured the area with the deputy IDF Chief of Staff, Maj. Gen. Herzi Halevi, as well as with the head of the Northern Command, Maj. Gen. Amir Baram, and other military officers. He also held a situational assessment with the senior commanders and received a briefing.

“The crisis in Lebanon is devastating,” he said during the visit. “The State of Israel calls on the international community to aid Lebanon. We are also willing to provide assistance; however, we will not enable the tragedy in Lebanon to cross the border into Israel.”

He continued, saying, “We are well aware of Hezbollah’s attempts to exploit the situation at the expense of the safety and livelihoods of Lebanese citizens under the direct influence of Iran. At the same time, we will continue to defend ourselves against the Iranian attempt to become an existential threat to the State of Israel and to transfer advanced munitions to its proxies on our borders.”