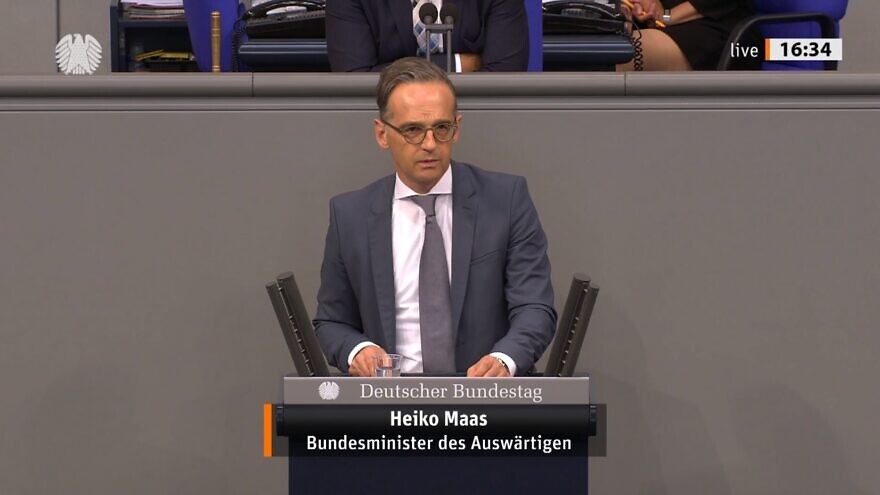 (February 10, 2021 / JNS) The foreign ministers of Germany and Hungary on Tuesday criticized last week’s ruling by the International Criminal Court that Judea and Samaria, the Gaza Strip and eastern Jerusalem are within its jurisdiction, clearing the way for ICC Chief Prosecutor Fatou Bensouda to open a war-crimes probe into actions of the Israel Defense Forces.

“Our legal view on the jurisdiction of the International Criminal Court regarding alleged crimes committed in the Palestine territories remains unchanged: the court has no jurisdiction because of the absence of the element of Palestinian statehood required by international law,” tweeted German Foreign Minister Heiko Maas.

“Like Israel, we don’t agree with this decision either. During the procedure, we already announced that Palestine does not have criminal jurisdiction over Israeli citizens,” Hungarian Foreign Minister Péter Szijjártó wrote on Facebook. “We have always supported Israel’s right to self-defense and believe that only mutual respect-based negotiations can lead to peace in the area. Unfortunately, the decision of the International Criminal Court will not bring you closer to this.”

Germany and Hungary join the United States and other countries—such as Canada, the Czech Republic, Austria, Australia, Brazil and Uganda, the latter five of which filed documents with the ICC as amici curiae (outside observers) providing information in support of Israel—condemning the ICC ruling.

In a phone conversation on Monday, Israeli Foreign Minister Gabi Ashkenazi thanked U.S. Secretary of State Tony Blinken for America’s having condemned the ruling—on the grounds that the Palestinian Authority does not qualify as a sovereign state—and for voicing “serious concerns about the ICC’s attempts to exercise its jurisdiction over Israeli personnel.”