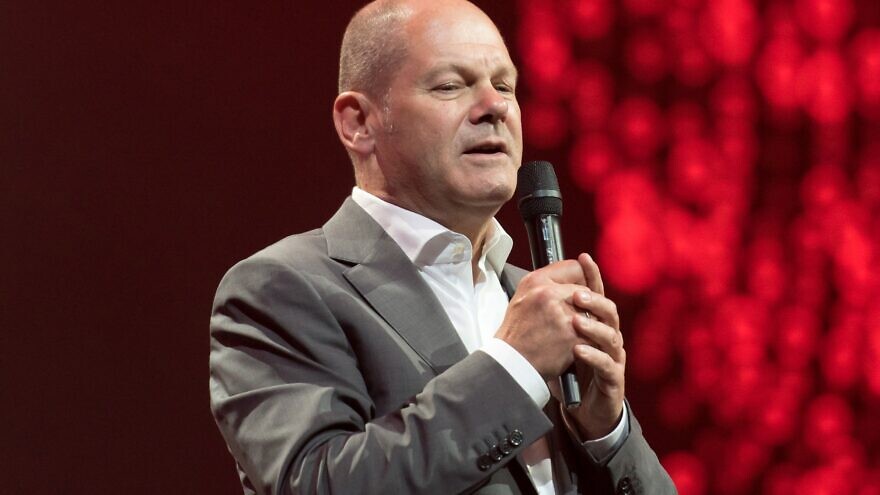 (December 8, 2021 / JNS) Germany’s “traffic light” government, led by new Chancellor Olaf Scholz of the Social Democratic Party (SDP), was sworn in on Wednesday under the banner “dare to make progress.” Jewish leaders, activists and analysts, however, fear that the coalition will make less progress in strengthening Israel-German ties.

The 177-page coalition agreement of the “traffic light” government, named after the colors of the three coalition partners—the red Social Democrats, the Green Party and the yellow Free Democratic Party (FDP)—focuses on promoting climate protection and financial restructuring. It also includes sections on policies relating to Jews and Israel that some say are inconsistent with its oft-repeated proclamations to support Israel and fight anti-Semitism. These include an insistence on negotiating with Iran in its quest for nuclear armament, disdain of Israeli settlements and approval of funding of the United Nations Relief and Works Agency for Palestine Refugees (UNRWA).

“It’s quite interesting that a German government that has very important Green Party elements is actually not opposing itself on any nuclearization of Iran,” said Eldad Beck, an analyst of German politics for the Israeli daily Israel Hayom and author of a Hebrew biography of longtime former German Chancellor Angela Merkel. “They’re actually saying Germany shouldn’t be nuclear, and they’re closing down civil nuclear facilities but Iran can have it as it wishes. What is the essence of this contradiction?”

The government has named Annalena Baerbock of the Green Party as foreign minister—the first woman to hold such a position, replacing the SDP’s Heiko Maas, who faced criticism from the pro-Israel camp for seeking to work around the Trump administration’s sanctions on Iran, among other Iran-appeasement measures. Baerbock has talked back her 2018 criticism of submarine sales to Israel and has expressed support for Israel’s right to defend itself during the 11-day conflict with Hamas in May.

“It’s really too early to say,” Beck said of her approach to Israel in her new capacity.

But if the appointment of Claudia Roth, also of the Green Party, as culture commissioner is any indication, the government will entertain a less friendly orientation to Israel. 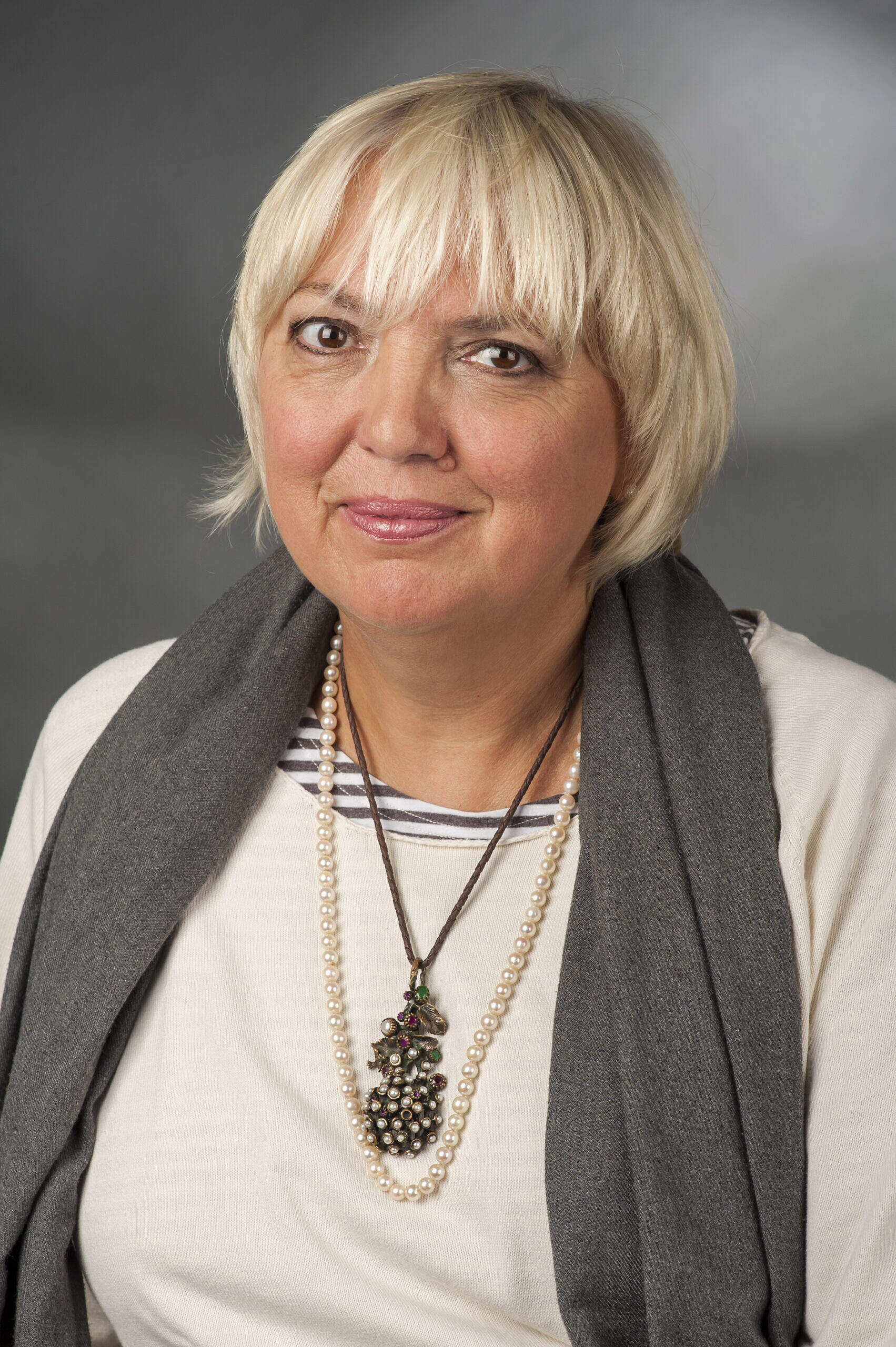 “We now have a culture minister who is a close friend of the Iranians and who has bowed her head wearing a headscarf in front of the mullah regime, in addition to being a supporter of the cultural boycotters of Israel,” said Sacha Stawski, head of the pro-Israel watchdog group Honestly Concerned.

The coalition is marked by subtle yet peculiar differences from previous agreements. While Merkel’s famous proclamation of Israel’s security being Germany’s “reason of state” is included, Israel is not characterized as a “Jewish state.” While previous governments called for the predictive two-state solution, this agreement modified the formulation to include one based on “1967 borders,” often considered by the pro-Israel camp to be erroneous lingo that delegitimizes Israel’s presence beyond the historical 1949 armistice line.

“If you start off from a point where you speak of inexistent borders, where you automatically speak of the settlements as being ‘in violation of international law,’ you’re setting the wrong precedent,” said Stawski.

FDP voter and pro-Israel activist Malca Goldstein-Wolf is likewise disappointed. “These German politicians of the ‘traffic light’ have obviously not understood that Jewish settlement construction is none of their business, especially since it has by no means been proven that it is actually illegal under international law,” she said.

In 2018, Germany pledged to fill in the gap for the funding of UNRWA after the Trump administration pulled funding in recognition of its flaws; UNRWA has been widely accused of promoting anti-Israel-style anti-Semitism, with school textbooks for children under its auspices laden with anti-Jewish references and incitement. The coalition agreement backs more transparency of UNRWA but does not make funding conditional upon it.

At present, the only German party whose leaders openly question the establishment of a Palestinian state is the Alternative for Germany (AfD), which has garnered enthusiastic support among its Jewish faction but the vocal disdain of the Jewish establishment, which says its leaders stoke the flames of right-wing anti-Semitism with expressions minimizing the Holocaust.

Goldstein-Wolf voted for the FDP as the best pro-Israel alternative, and she credits the pro-business party for the part of the agreement calling on the German government to fight U.N. bias against Israel.

“I’m firmly counting on them to have a pro-Israeli influence on policy decisions, but I’m not expecting miracles,” she said. 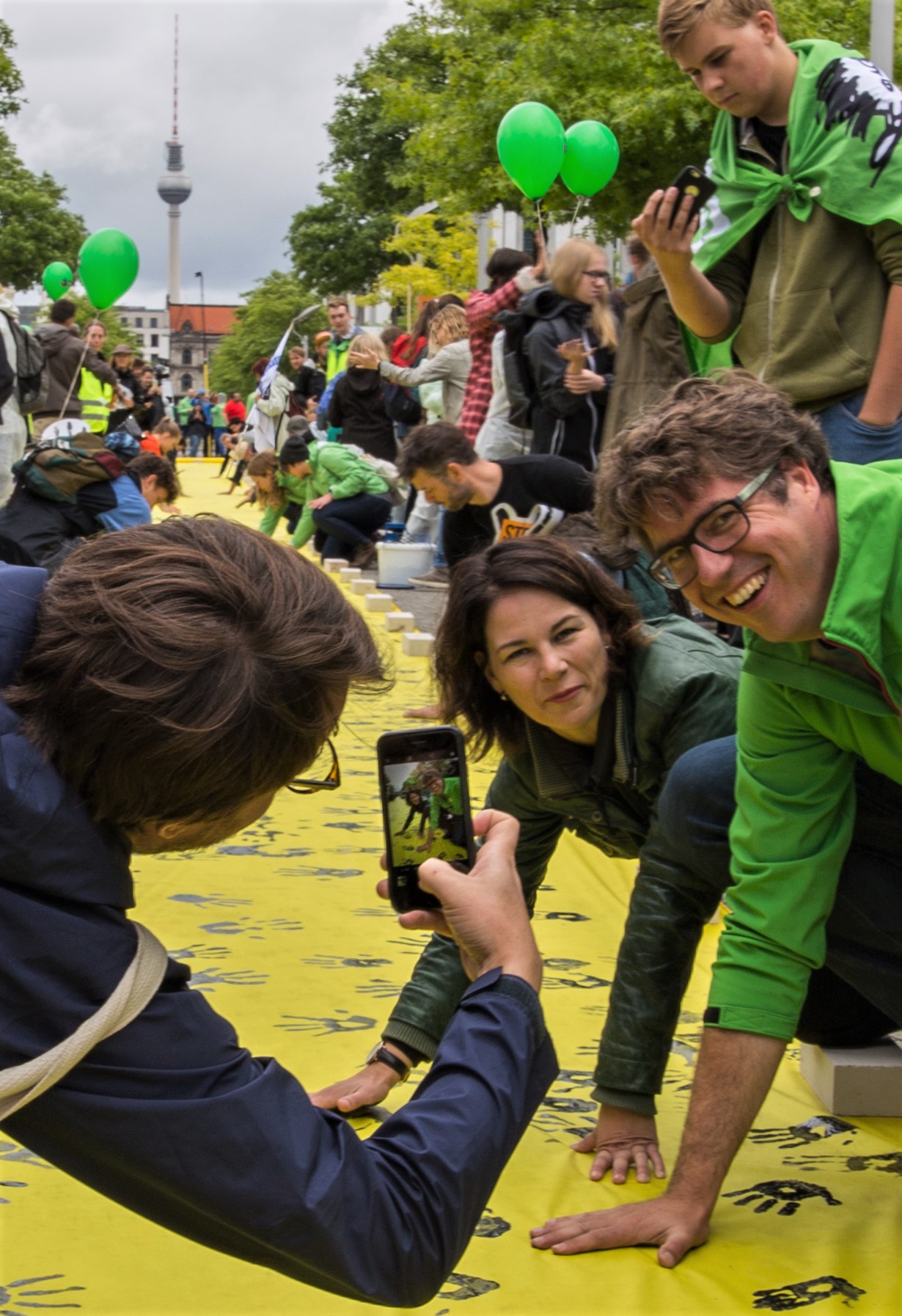 Rafael Korenzecher, publisher of the independent German-Jewish monthly, Jüdische Rundschau, who led German-Jewish opposition against Merkel, characterized her successor government through a joke about a Jewish thief could only be given a Jewish burial if something good could be said about him. The eulogizer said: “To his sons, he was a righteous man.”

While the general Jewish community considered Merkel and her Christian Democratic Union Party as the most amenable to addressing concerns of pro-Israel Jews in Germany, she had, in large part, alienated some pro-Israel Jews with her government’s Muslim immigration policies, diplomacy with Iran and funding of NGOs with alleged ties to terrorism or the BDS movement.

Korenzecher is particularly worried about Scholz, who dodged allegations of corruption while serving as finance minister under Merkel. While Scholz, who also served as vice chancellor as part of the grand CDU-SPD coalition, expressed support for Israel in a May rally organized around the Gaza conflict, Korenzecher suspects his true sympathies lie with the party’s left-wing radicals, given his friendly ties to East German leaders when he was an aspiring politician.

He believes that the FDP has betrayed its voters by enabling a left-leaning government and doubts it will have any influence on foreign policy. Its head, Christian Lindner, was given the coveted position of finance minister.

“Now we have a red-green government, which has helped come to life by the FDP, but the FDP will be diminished and dissolved in this composition,” said Korenzecher.

He doesn’t have much hope for the progress of Jewish life in Germany, saying with a bit of sarcasm: “German voters always had a feeling for the wrong vote.” 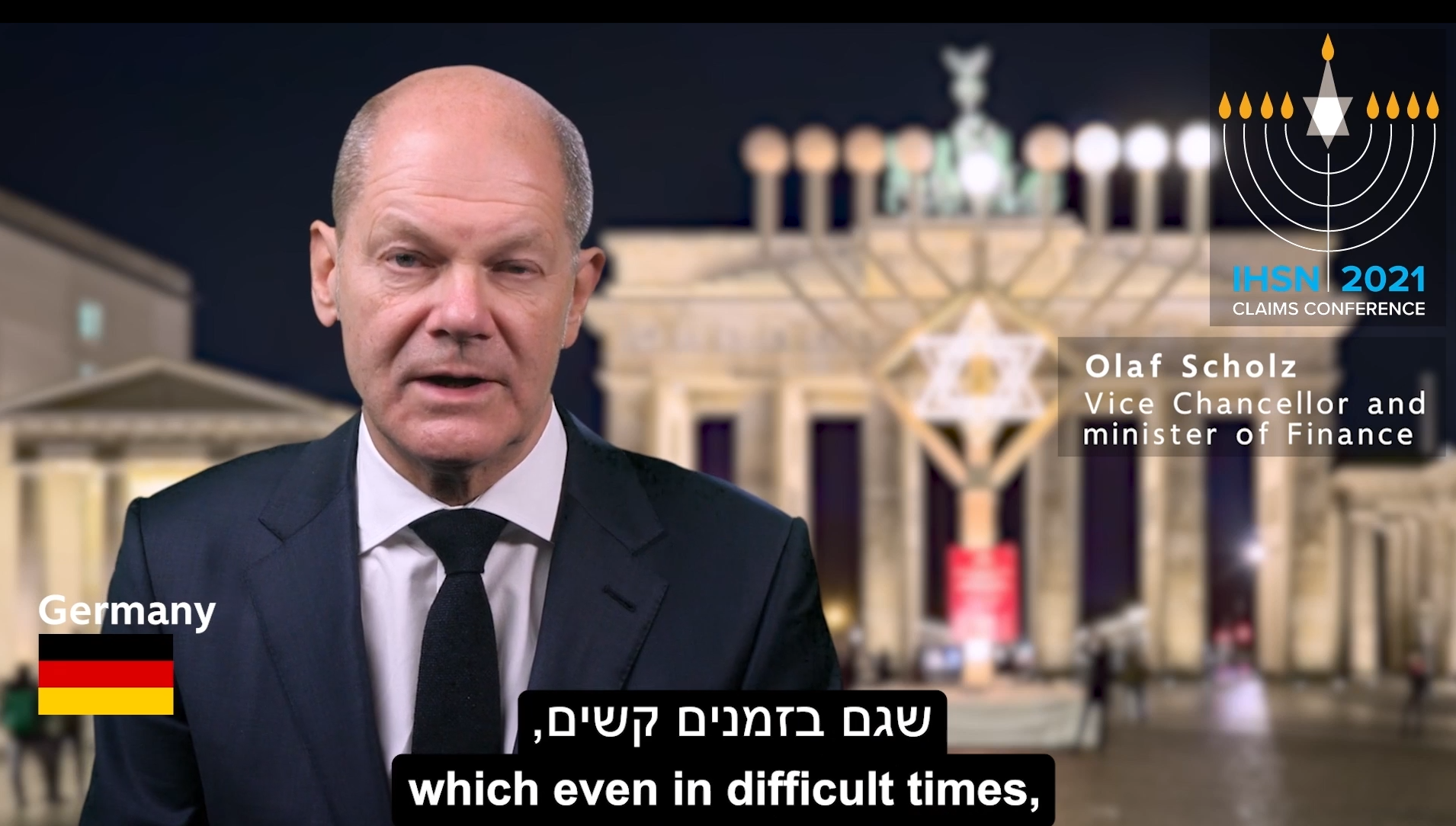