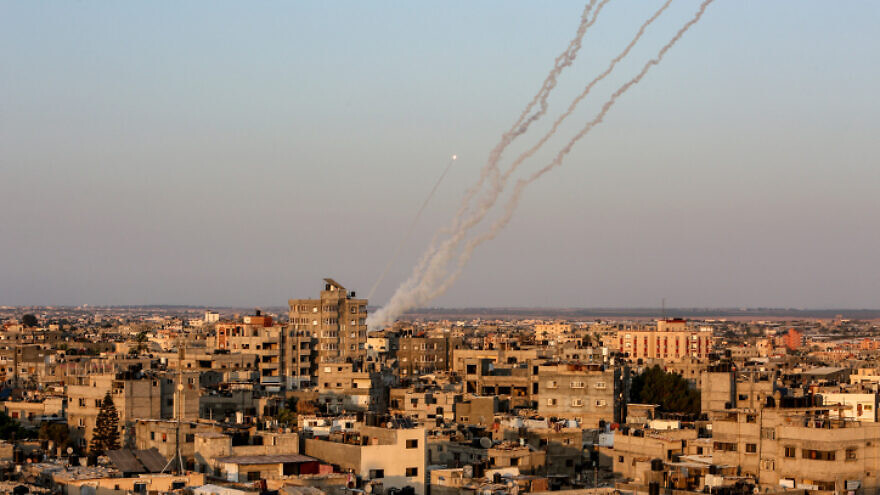 (August 10, 2022 / JNS) Hamas issued and then withdrew sweeping restrictions on foreign journalists working in the Gaza Strip in the aftermath of this week’s conflict between Israel and Palestinian Islamic Jihad, according to the Associated Press.

The restrictions included a ban on coverage about PIJ rockets falling short in Gaza and causing injuries and deaths, as well as a general rule requiring that Jerusalem be blamed for the latest escalation, according to the report.

The Foreign Press Association, which represents international media in Israel, announced that the regulations were scrapped following discussions with the terrorist group.

“Such a move would have constituted a severe, unacceptable and unjustifiable restriction on the freedom of the press, as well as the safety of our colleagues in Gaza,” the FPA said in a statement cited by AP.

The report nevertheless suggested that Hamas’s initiative has made clear its future expectations, which could have a “chilling” effect on reportage from Gaza.

Hamas already requires all visiting journalists to have a local sponsor, generally a Palestinian colleague or a translator hired by the given news outlet. Under the now-defunct restrictions, sponsors were warned they must “demonstrate national spirit, defend the Palestinian narrative and reject the foreigner’s bias to the Israeli narrative,” according to AP.

Sponsors would have also been required to inform Hamas of “any suspicious behavior or illogical questions” by foreign journalists, and to submit a full report of what journalists did in Gaza, in addition to links to all published works.

During the three days of Israel’s “Operation Breaking Dawn,” Gaza terrorists fired some 1,000 rockets towards Israel, approximately 200 of which landed in Gaza.

In one instance, a PIJ rocket misfired and caused an explosion in a residential area of Jabalya that killed numerous people, including four children. While Palestinian media initially reported that the deaths were caused by an Israeli airstrike, the IDF refuted the claim by releasing footage of the incident.

Meanwhile, during a live broadcast on Aug. 7, Lebanon’s Mayadeen TV caught a PIJ rocket malfunctioning and coming down in a Gaza neighborhood. A few moments later, a voice is heard instructing the cameraman, who followed the missile’s course, to “please, turn the camera away, turn the camera upwards.”

According to the Israeli military, more noncombatants were killed by PIJ rockets during the conflict than by Israeli strikes.