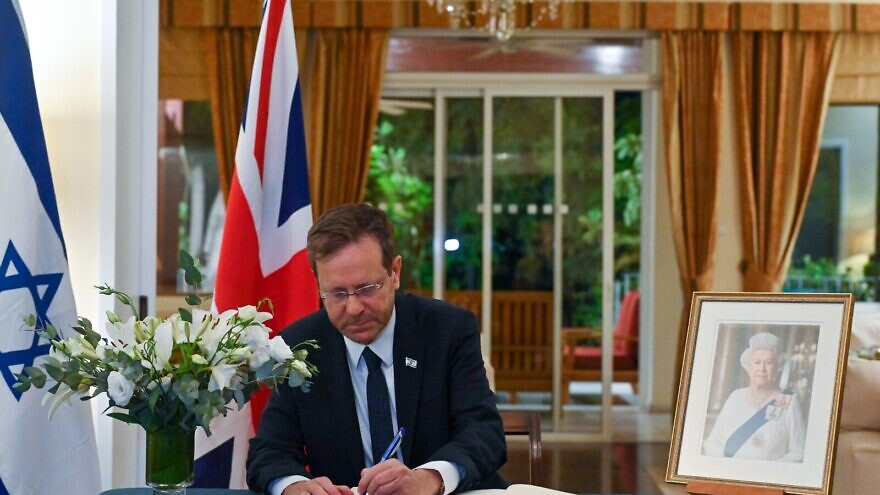 (September 11, 2022 / JNS) Israeli President Isaac Herzog on Saturday night signed the condolence book for Queen Elizabeth II at the residence of the British ambassador to Israel, according to a statement by his office.

“On behalf of the State and the People of Israel, I express my deepest condolences on the passing of Her Majesty Queen Elizabeth II, whose reign was momentous and historic. She was an icon of stability and [a] beacon of morality in the service of her people,” Herzog wrote.

“May G-d bless King Charles III and may he reign in peace. ‘The king by justice establishes the land (Proverbs 29:4),'” he added.

The Queen died on Thursday at age 96. She was surrounded by the royal family, including her children, at Balmoral Castle in Scotland. Her seven-decade reign was the longest ever of a British monarch.

Israeli Prime Minister Yair Lapid at the time expressed his condolences, calling the Queen “an extraordinary figure, a unique leader who symbolized devotion and love for her homeland.”

For his part, Herzog called the Queen’s death “the end of an era.”

The Israeli president will represent Jerusalem at the Queen’s funeral in London on September 19, according to Hebrew-language media reports.