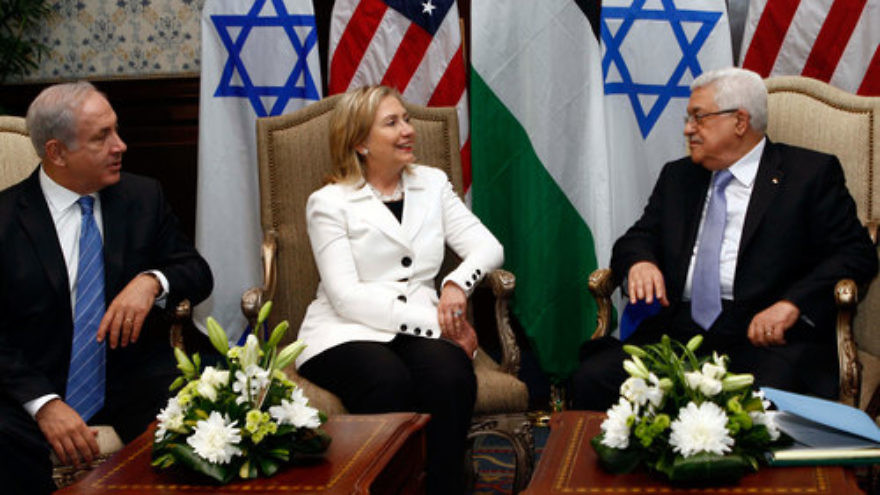 (December 5, 2022 / JNS) With protests erupting throughout Iran following the beating death in custody of Mahsa Amimi, former Secretary of State and presidential candidate Hillary Clinton said the United States should not negotiate with Iran.

“I would not be negotiating with Iran on anything right now, including the nuclear agreement,” Clinton told CNN’s Christiane Amanpour on Thursday.

Several months of deadly protests followed the death of Amimi, a 22-year-old Kurdish-Iranian woman who was arrested by the Islamic Republic’s morality police for allegedly not wearing her hijab “correctly.”

These protests, along with Iran’s continued military cooperation with Russia following its invasion of Ukraine, have brought negotiations to a halt. Clinton also blamed former President Donald Trump for withdrawing from the 2015 nuclear deal.

“When Trump pulled us out,” Clinton said, “we lost the eyes that we had on what they were doing inside Iran. And I believe that they started those centrifuges spinning again.”

Clinton’s remarks follow comments made in October by Washington’s Special Envoy for Iran Rob Malley, who said that the U.S. would not “waste our time” on nuclear talks with Iran. This view was echoed by State Department Spokesman Ned Price and Secretary of State Antony Blinken.

“We will not accept a bad deal, the response that they’ve given to the last proposals put forward by our European partners has been a very significant step backwards,” Blinken said on CBS‘s “60 Minutes.”