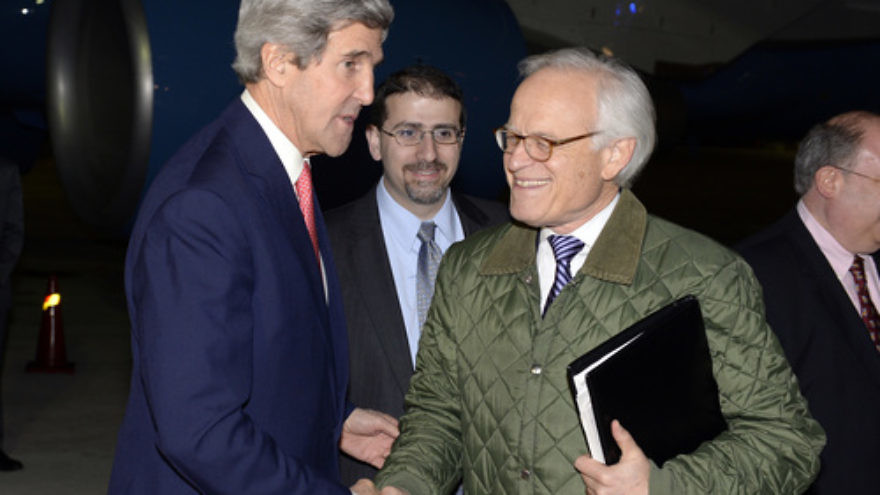 (September 17, 2014 / JNS) A recent in-depth report of think tank financing in the United States has raised eyebrows in the pro-Israel community as well as questions about how much influence sponsors of think tanks have over those institutions’ research.

The New York Times reported that the Washington, DC-based Brookings Institution, which is considered one of the world’s most influential think tanks, received a $14.8 million donation last year from the government of Qatar—a major sponsor of the Hamas terrorist organization. According to the report, the funding is spread over a four-year period for the Brookings Doha Center, and it earmarked for a special project studying the relationship between the U.S. and the Islamic world.

The fact that think tanks finance their scholars’ work through a variety of sources—including private donors, foundations, and nations with special interests in projects being researched—is nothing new. But the large donation given to Brookings by a state sponsor of Hamas has spurred allegations of a conflict of interest because earlier this year, the think tank’s vice president and director of research, Martin Indyk, served as America’s special envoy to the Middle East and was responsible for directing the failed peace negotiations between Israel and the Palestinian Authority.

Although Indyk resigned from his Brookings post to assume the special envoy role, he returned to the think tank following the peace talks’ collapse. Critics say Indyk’s relationship with Qatar should have prevented his appointment by the State Department in the first place. Some also say Indyk was the source of leaks on the peace talks that were anonymously cited in media reports as coming from “a senior U.S. official” who blamed Israel for scuttling the negotiations.

Mark Rom, who worked for two years as a research follow at Brookings about 25 years ago, told JNS.org that Indyk should have considered that concerns over a conflict of interest would be raised before he took the job of U.S. special envoy.

“If someone at Brookings receives a lot of money from Qatar and then the person leaves and becomes a negotiator [in the Middle East], it’s hard not to see how that wouldn’t be perceived as a conflict of interest,” said Rom, who is currently the associate dean for academic affairs, co-director of undergraduate studies, and director of the MA in American Government program at Georgetown University. “I’m not questioning the integrity of [Indyk], but people of great integrity still can be in conflict-of-interest situations.”

A May 2013 Bloomberg View column by Jeffrey Goldberg challenged Brookings on its overly gracious treatment of the Qatari prime minister and foreign minister, Sheikh Hamad bin Jassim bin Jaber Al Thani. Goldberg described his attendance of a private, off-the-record dinner hosted by Brookings to honor Al Thani, writing that it was a “cringe-worthy” event.

“I went to the dinner that night embarrassed on behalf of Brookings, which, like many institutions in Washington, shouldn’t be taking money from despotic Middle Eastern regimes, yet does,” wrote Goldberg.

Following the dinner, Indyk conducted an on-the-record interview with Al Thani, and Goldberg thought Indyk’s questions were “enlightening.” The columnist also revealed that Israeli-American philanthropist Haim Saban—the sponsor of the Saban Center for Middle East Policy at the Brookings Institution—kissed Al Thani on both cheeks at the dinner.

Responding to Goldberg’s column and an ensuing Politico article on the subject, the Saban Center’s director, Tamara Wittes, wrote in a letter to the editor in Politico that the off-the-record dinner was held to facilitate the on-the-record interview.

“We got a leading foreign official (Al Thani) to respond, on the record, to the questions that everyone wanted to ask,” Wittes wrote. “It was a substantive event, an exchange that even Jeffrey [Goldberg] said he found enlightening, and it demonstrated that we do our work with integrity and independence.”

Goldberg responded to Wittes’s letter by arguing that it is possible to interview high-level foreign political leaders without treating them to a dinner and taking their money. To illustrate his point, he linked his interview of the king of Jordan to the correspondence.

“One other small point: I would prefer that American think tanks I admire, including Brookings, not take money from authoritarian governments that are known to provide material support to groups designated by the U.S. government as Foreign Terrorist Organizations.” Goldberg wrote. “It just smells bad.”

Think tanks are uniquely American institutions. The majority of them are located in Washington, DC, and are consulted by lawmakers in all branches of government for advice and research on policy issues. When a committee on Capitol Hill holds a hearing, think tank scholars are often called on to provide expert analysis. These scholars occupy a space between policymakers and academics, and often move freely between those areas.

“It’s a long tradition in America to put our trust in outside experts, and if you look for example at the 9/11 commission, virtually everyone on that commission has an affiliation with a think tank,” Jim McGann—senior fellow at the Philadelphia-based Foreign Policy Research Institute, and founder and director of the Think Tanks and Civil Societies Program at the University of Pennsylvania—told JNS.org. “So the most important policy issue facing the country was entrusted not to civil servants, not to government officials, but to think tanks.”

According to McGann, although academia offers more job security if one’s position is tenured, scholars often prefer to work at think tanks because that makes their work more relevant to current public policy debate. These days, he said, scholars in academia are increasingly seen as irrelevant, and the specialization and style required for most academic journal articles is seen as arcane and unappealing to civil servants. In many cases, think tank scholars provide the know-how needed to run the U.S. bureaucracy, irrespective of changes in elected officeholders.

McGann noted another uniquely American phenomenon called the “revolving door,” in which many top civil servants either previously worked at think tanks or end up at think tanks after holding elected office.

“During the transition [between the George W. Bush and Barack Obama administrations] and the economic crisis, Obama was able to rely on the staff of think tanks—many of whom came into his administration before he took office—[and he] was able to hit the ground running and respond to the [economic] crisis in a way that would not be possible elsewhere, and is unusual in terms of the seamless transition from one administration to the other,” said McGann, who compiles the Global Go To Think Tank Index, an annual survey ranking the influence of think tanks that lists Brookings as the world’s most influential institution of its kind.

McGann believes the recent New York Times report on think tanks used unsubstantiated evidence to back its claim that foreign nations use think tanks to influence U.S. lawmakers. He also questioned some of the article’s sources, including Saleem Ali, a former Qatar-based Brookings employee. Ali told the newspaper, “If a member of Congress is using the Brookings [research] reports, they should be aware—they are not getting the full story. They may not be getting a false story, but they are not getting the full story.”

But since Ali worked at the Brookings Doha Center for only three months, “he hardly could have a sense of the institution,” McGann said. He added that most of the older, more established think tanks like Brookings have conflict of interest, peer review, and donor guideline procedures in place, and that the New York Times article chose to ignore that fact.

McGann acknowledged that there have indeed been incidents in which individual think tank scholars were caught doubling as lobbyists, but he said that such incidents are rare.

Georgetown’s Rom is confident that researchers at think tanks are independent, but admits that unlike in previous decades when think tanks like Brookings usually had a single “pot” of funding to finance all of their research equally, there is now a greater push for scholars to fund their own individual projects.

“More scholars and think tanks have to raise their own funding, and when you’re raising your own funding, there is a least a possibility that you will research things in ways that would please those who fund it,” said Rom, who also noted the proliferation of think tanks that have open political agendas, though not necessarily due to who funds their work.

Think tanks are registered as 501(c)3s—non-partisan non-profit organizations. But some, like the liberal Center for American Progress and the conservative Heritage Foundation, have established 501(c)4 offshoots responsible for lobbying in favor of their preferred causes. Rom sees this as a growing trend.

Though he does not know Indyk personally, Rom said the former Mideast negotiator’s financial ties to Hamas-funding Qatar are at the very least a valid concern.

“I don’t know anything about [Indyk’s] general integrity, but I’m just saying, if you’ve received funding and then you’re representing people as a neutral party, having been [previously] funded by one of the sides to those discussions, that should raise questions,” he said.