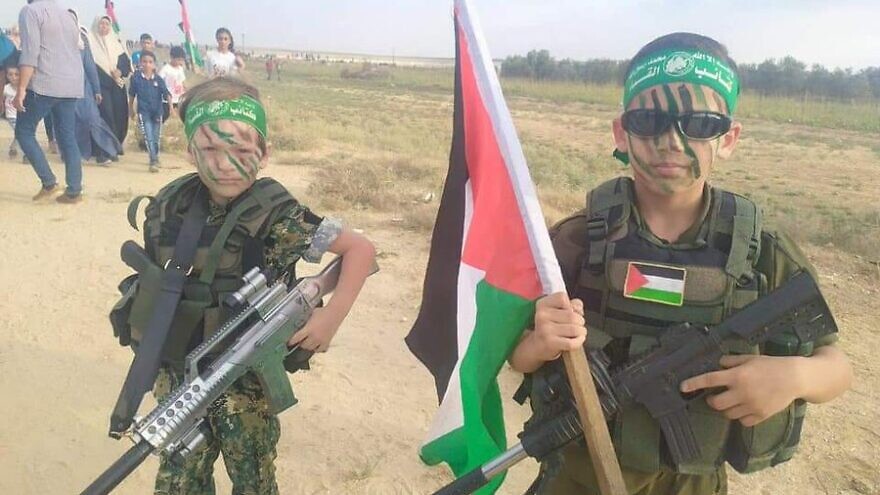 (August 25, 2021 / JNS) Lt. Col. Avichay Adraee, head of the Arab media division of the Israel Defense Forces Spokesperson’s Unit, warned the residents of the Gaza Strip on Wednesday not to heed Hamas’s call to riot along the border with Israel.

Tweeting a photo of two young children, dressed in military garb with war paint on their faces and mock assault rifles in their hands, Adraee wrote in Arabic: “A picture I’d like to share with you of kids at the [recent] ‘peaceful’ demonstration. … Isn’t it forbidden to educate them to take up arms? Gaza residents! Today, Hamas is again inviting you to risk your lives. Don’t get close to the fence and don’t use tools of violence and terrorism.”

Adraee’s appeal came four days after hundreds of Palestinians, at the behest of Hamas, staged riots along the border fence in northern Gaza, hurling explosives and firing at Israeli forces, as well as attempting to scale the security barrier.

The IDF on Monday then instituted certain changes in its border deployment, such as the expansion of a buffer zone between Gazan rioters and Israeli soldiers.

Israeli fighter jets struck Hamas targets in Gaza on Monday night in response to incendiary-balloon attacks earlier in the day that sparked multiple fires in the Western Negev.