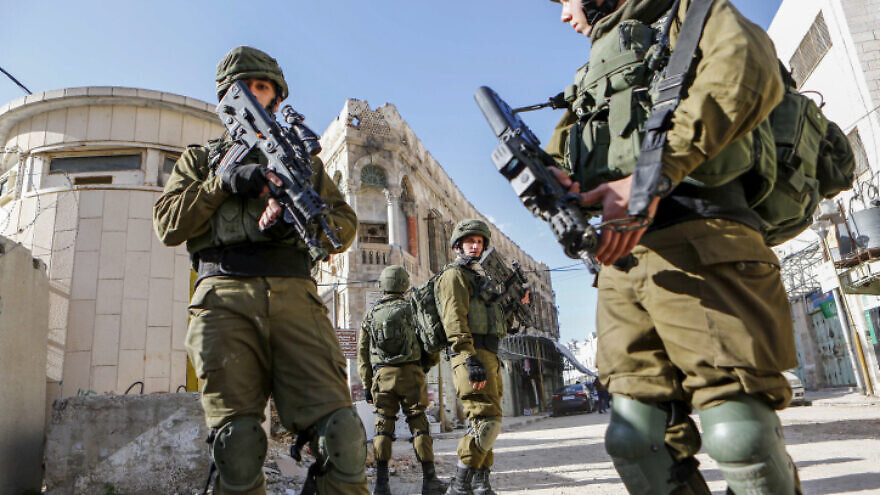 (November 29, 2022 / JNS) The Israeli military on Tuesday sentenced a soldier who taunted a left-wing provocateur in Hebron to 10 days in military prison, Israeli media reported.

The soldier, from the Givati infantry brigade, was suspended on Friday for two military disciplinary transgressions: publicly promoting a political party, and having illegal insignia attached to his uniform.

During an altercation with left-wing activists, the soldier was filmed praising Otzma Yehudit head Itamar Ben-Gvir.

“Ben-Gvir is going to sort things out around here,” the soldier said, adding, “That’s it, you guys have lost … the fun is over.

A second soldier was filmed wrestling another activist to the ground and punching him in the head.

In response to the sentencing, Ben-Gvir wrote on Twitter: “To send a soldier to prison for 10 days just because he said ‘Ben-Gvir is going to set things straight around here’ crosses a red line and conveys a harmful message to IDF soldiers. We must not let the anarchists who slander us endlessly win, we must support the soldiers and not weaken them. IDF soldiers are our protectors and we have to protect them. The time has come!”

On Saturday, IDF Chief of Staff Lt. Gen. Aviv Kochavi called on soldiers to strive for “victory while maintaining humanity,” writing in a letter that, “At the end of last week, we also witnessed an IDF soldier who not only acted in opposition to the IDF’s values and spoke profanely toward civilians, but also expressed himself politically…. The IDF is a people’s army, which has no room for expressing political views or taking actions that derive from political considerations.”

Meanwhile, two Israelis who were part of the group harassing the IDF troops in Hebron were placed under five days’ house arrest on Sunday, and instructed not to return to the city for two weeks after being questioned on suspicion of assault and disturbing the peace.

A third person was banned from the city for two weeks, but was not sentenced to house arrest.

The members of the far-left Breaking the Silence organization have been interviewed by police numerous times since Friday regarding their role in the confrontation.

The Yesha Council, an umbrella organization of municipal councils of Jewish communities in Judea and Samaria, called on Sunday for the Israeli security establishment to protect soldiers against provocations by anarchists, activists and terror-supporting organizations.