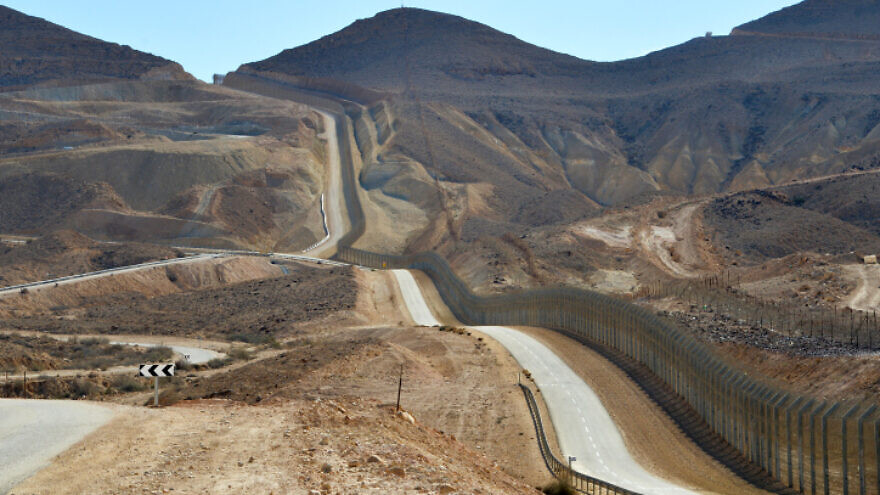 View of the border area between Israel and Egypt as it seen from Road number 10, southern Israel, on December 5, 2018. Photo by Yossi Zeliger/Flash90
Republish this article
619 WORDS
Spread the word.
Help JNS grow!
Share now:

(March 9, 2022 / JNS) In recent years, the Israel Defense Forces have stepped up its operations to disrupt the illegal trafficking of narcotics from the Sinai Peninsula in Egypt into Israel.

This was once a mission that was more of an Israel Police focus than a military one, but the IDF recognized that if drug smugglers could prove an ability to conduct cross-border infiltrations, then terrorists would be quickly following suit.

As a result, the military teamed up with the Israel Police and other security organizations to tackle this phenomenon head-on. The result has been an estimated 50 percent reduction in the number of smuggling runs made per year, which once numbered in the hundreds.

The drop represents a reaffirmation of Israeli sovereignty over an area that has been prone to multiple challenges in the past.

ISIS in Sinai, known as Sinai Province, is not cooperating with the drug traffickers of Sinai—quite the contrary. The jihadist puritanical outlook of Sinai Province members object to the selling of drugs, and the drug smugglers have been known to enter into firefights with ISIS in Sinai on a regular basis. 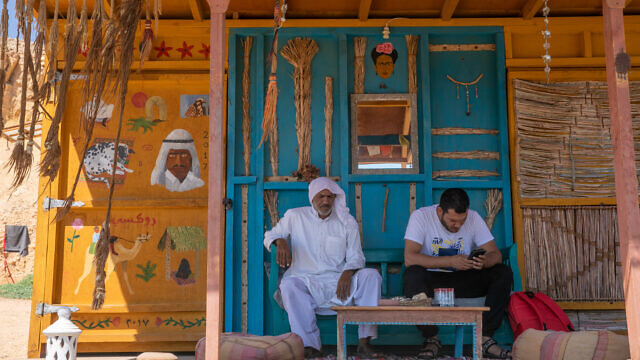 Local workers at a resort in the Sinai Peninsula in Egypt on Oct. 4, 2021. Photo by Yossi Aloni/Flash90.

Historically, Bedouin tribes have been moving goods between the Negev Desert region and the Sinai Peninsula long before Israel was established with its modern borders.

Before smugglers, it was people who were crossing over into Israel in the form of tens of thousands of African migrants. That flow came to a total stop when Israel built its 245-kilometer (152-mile) barrier from Eilat to the Gaza-Israel border, completing most of the work in 2013.

The “Sand Clock” barrier comes with an array of advanced radars and cameras that provide early warnings about approaches to the fence.

Those means alone were not sufficient, however, to stop the smugglers in time. The IDF’s Yoav territorial brigade—once known as the Eilat brigade—has stepped up its efforts considerably as a result against the smugglers.

Meanwhile, Israel remains on alert for any attack by ISIS’s Sinai branch, even though in recent years this terror organization has focused all its attacks on Egyptian security personnel.

The shift in focus has not caused Israel to lower its guard. ISIS’s predecessor, Ansar Beit Al-Maqdes, carried out the deadly cross-border attack into Israel in 2011, in which terror cells fired machines guns and anti-tank missiles at Israeli buses and cars, killing eight Israelis and injuring 40. The IDF killed seven terrorists in return fire.

ISIS in Sinai is better organized than terror cells in the West Bank and operates more effectively. It is ideologically as hostile to Israel as ever. As a result, the IDF continues to prepare operational means to deal with potential attacks from Sinai, defensively and offensively.

However, ISIS in Sinai has also been pummeled by a determined Egyptian counter-terrorism operation that began in 2018. That was when Cairo lost patience with losing hundreds of its security personnel every year. It also began arming members of the Tarabin Bedouin tribe and to recruit them in the war on ISIS.

Further to the south, Egypt has strengthened its defenses of tourist hubs like Taba and the beach resorts, leading Israel’s National Security Council to scale back its warning for the area in August, a development not seen in many years.

The IDF is, for its part, ready to open the border in the event of future attacks to quickly allow Israeli tourists to return. The 2004 Sinai bombings serve as a reminder that even though the threat has decreased, it has not entirely vanished.

Much has improved since then security-wise, however, and Egypt and Israel are both equally determined to prevent any attacks along their shared border as they both monitor the situation with vigilance to common threats. 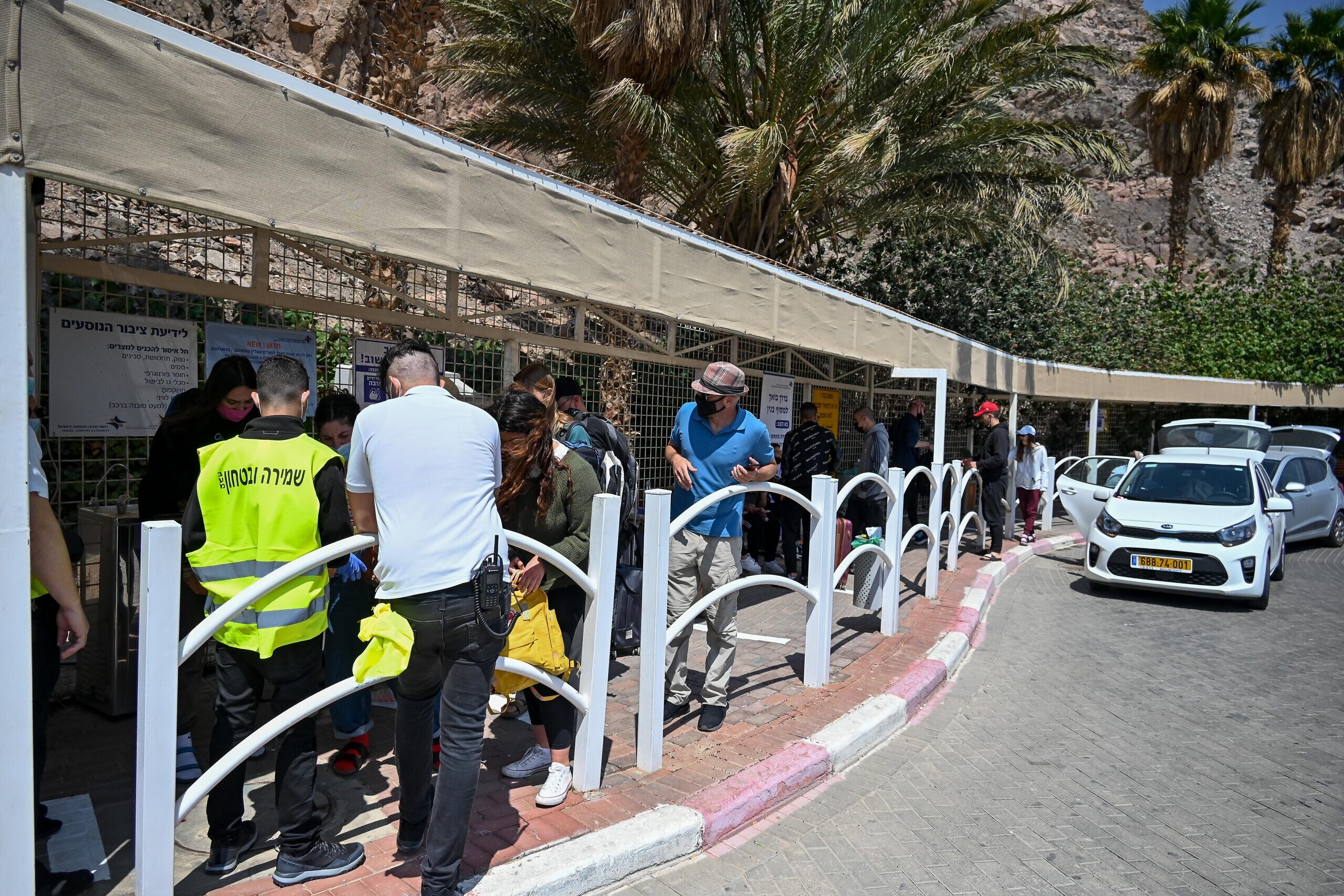 People traveling to Egypt via the Taba border crossing in the southern Israeli city of Eilat on March 30, 2021. Photo by Flash90.
Republish this article in your newspaper or website