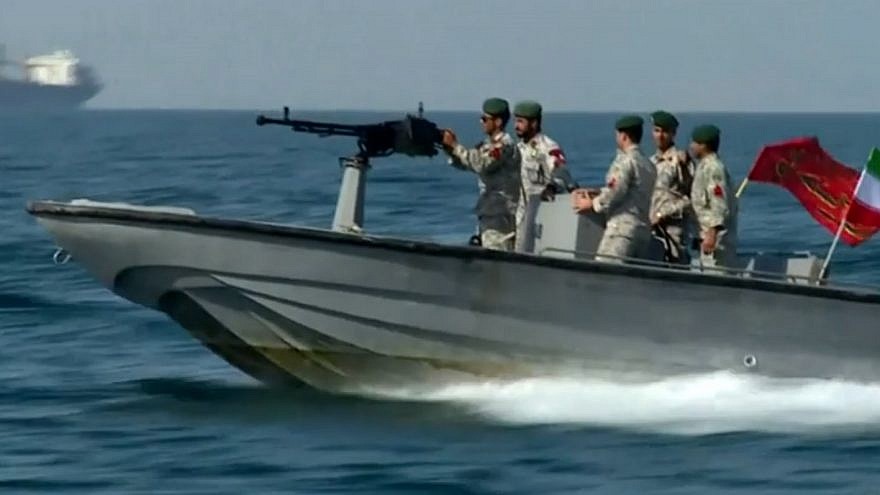 (September 10, 2020 / JNS) The Iranian military launched an annual exercise near the Strait of Hormuz amid rising tensions with the United States, the semi-official Fars News Agency reported on Thursday.

According to the report, the three-day wargames, called Zolfaghar-99, will be conducted by naval, air and ground units.

The purpose of the exercise, the report noted, is to test domestically made defense systems that include drones, torpedoes, missiles and rocket-launchers loaded on vessels.

Army Rear Admiral Habibollah Sayyari said, “Among the goals of the wargames are boosting the readiness and military capability in naval, aerial, ground and air-defense fields in joint exercises, and confrontation against the trans-regional threats by practicing operational plans and making sure of their sufficiency in confrontation against any possible aggression.”

Drill spokesman Admiral Shahram Irani said, “As of yesterday, following the announcement of the start of Zolfaqar 99 Military drill, the Air Defense Force warned all foreign drones flying near the exercises’ site to leave the general area. … Since then, we have been witnessing a noticeable change in the activities of American drones.”

The Strait of Hormuz is a critical waterway that accounts for about 30 percent of global seaborne oil traffic.