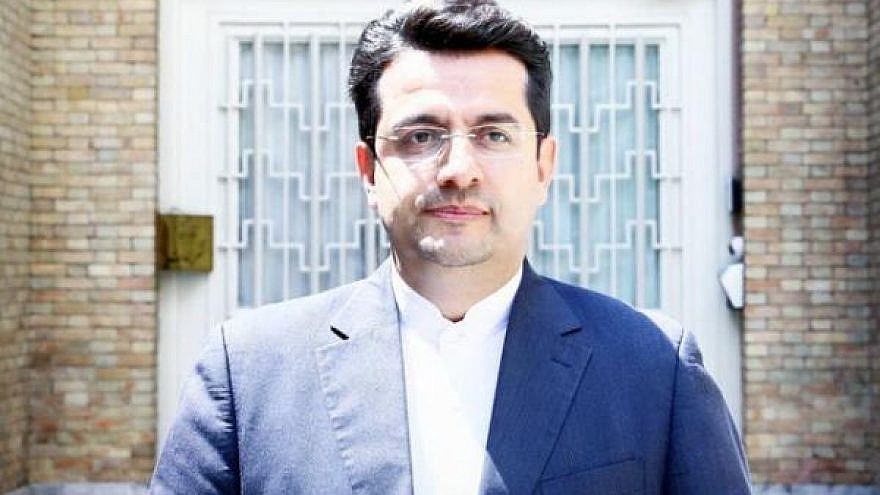 Speaking at a weekly press conference on Monday, Mousavi criticized the U.N. nuclear agency for what he said were “anti-Iranian claims” founded upon documents provided to it by Israel.

“We urge the agency (IAEA) to be a little realistic about it, to pose its question (from Iran) on a legal basis, and not to get entangled in marginal issues,” the spokesman said, according to Iran’s Tasnim News Agency.

“We do not deem such an approach of the agency constructive. Our cooperation with the agency continued even when it [the IAEA] reduced commitments. If such a process goes on, the interaction with the organization [IAEA] will become difficult,” he added.

A virtual meeting of the IAEA Board of Governors is planned for Monday. The IAEA called on Iran earlier this month to immediately provide access to several locations that it believes may be related to the Islamic Republic’s nuclear program.

Israel covertly obtained some 55,000 pages of documents and 55,000 files on CD relating to Iran’s nuclear program in 2018. The IAEA is reportedly seeking access to at least one site mentioned in the intelligence trove.

“Naturally, if they make an unconstructive decision, Iran will show a proportionate reaction, and they probably know what the decision would be,” said Mousavi. “We hope the results of the (IAEA Board of Governors) meeting would be constructive for regional peace and stability.”