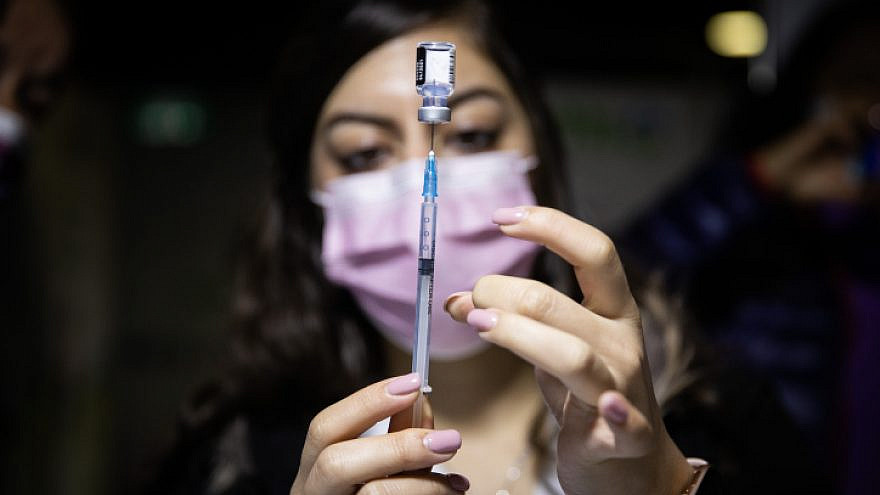 (July 6, 2021 / JNS) Israel and South Korea signed a COVID-19 vaccine supply agreement on Tuesday, allowing for more effective use of present and future inventories for both countries.

Under the deal, Israel will transfer about 700,000 doses of the Pfizer vaccine to South Korea by the end of July. South Korea has suffered a slow vaccine rollout due to global shortages and delivery delays.

In exchange, South Korea will deliver an identical quantity of vaccines to Israel from a future order in September and October.

Israel faced the prospect of having to throw out hundreds of thousands of coronavirus vaccines if it couldn’t find a country willing to buy them before they expired.

On June 18, the Palestinian Authority canceled a similar deal to the one between Israel and South Korea, claiming that the expiration date on the initial shipment was earlier than had been agreed upon.

Under the terms of the deal, Israel was to have supplied the P.A. with up to 1.4 million doses of the Pfizer-BioNTech vaccine in exchange for a resupply of the same number of doses from the P.A. later in the year, reported Reuters.

The agreement with South Korea will take effect “upon the completion of all processes,” including testing of the vaccines after their arrival, according to the official Israeli statement about the deal.

The agreement was led by the Health Ministry in cooperation with the Foreign Ministry, the National Security Council and the Prime Minister’s Office, with the knowledge of Pfizer, according to the statement.

Bennett spoke with Pfizer chairman and CEO Albert Bourla several times recently in order to facilitate the deal and in regard to the formation of future vaccines policy.