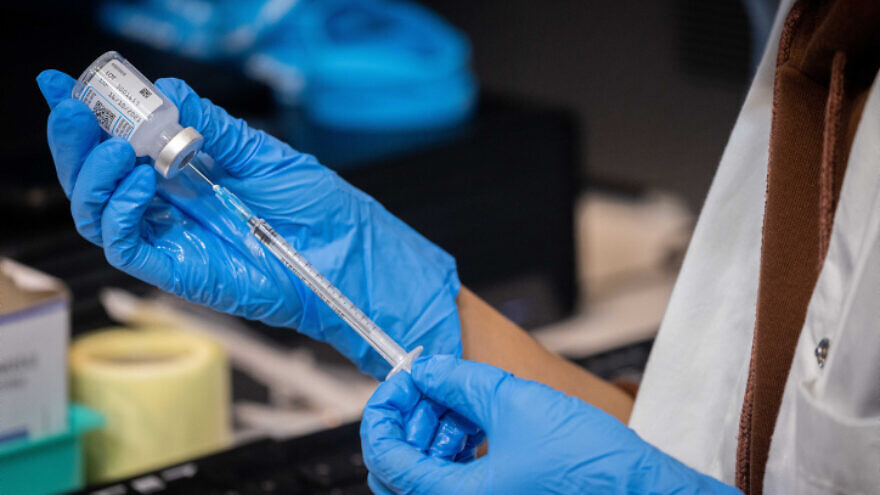 (November 11, 2021 / JNS) Israel has approved coronavirus vaccination for children aged 5 to 11, the Health Ministry announced in a press conference on Wednesday night.

The nearly unanimous vote—73 in favor and two against—was reached by the Pandemic Response Team and the Advisory Committee on Vaccines.

According to the ministry, of the 73 experts who voted to approve the move, 67 supported recommending that young children get inoculated, and six were for merely allowing them to do so.

The decision comes on the heels of the U.S. Food and Drug Administration and Centers for Disease Control and Prevention approval last week of the Pfizer BioNTech vaccine for 5- to 11-year-olds.

At the end of August, Israel was the first country to extend eligibility for a third dose of the COVID-19 vaccine to all citizens aged 12 and above. The United States followed suit several weeks later, after chief U.S. medical adviser Dr. Anthony Fauci announced that data from Israeli booster shots would clarify the level of risk involved in administering them to citizens under the age of 65.

As Israel began a national drill on Thursday to test the country’s preparedness for the outbreak of a new, more lethal variant COVID-19. Israeli Prime Minister Naftali Bennett said that though Israel is “is in an excellent situation” where managing the virus is concerned, “we are not closing up shop.”

To safeguard the public while maintaining the flow of normal life, he stressed, “we must continue to closely monitor the situation and prepare for any scenario.”