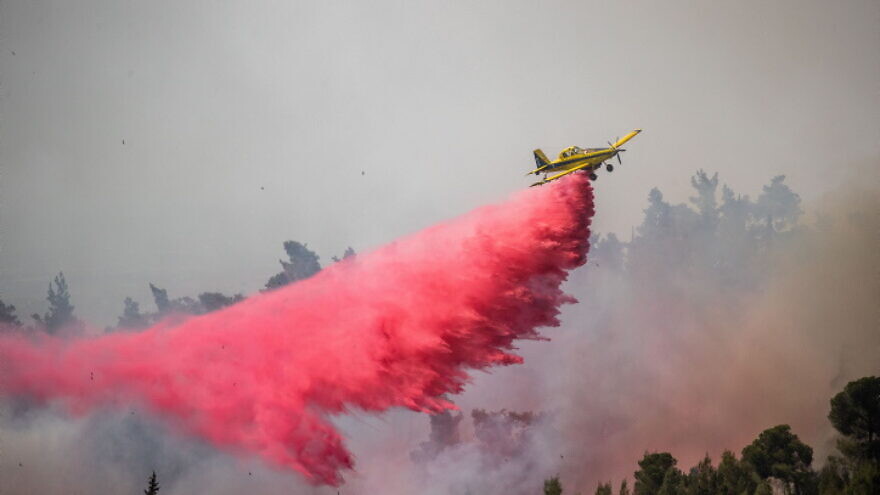 An Israeli Air Force plane carrying equipment for the delegation of Israeli firefighters that traveled to Greece on Friday will join the two firefighting planes, the statement said.

The Government of Israel would continue to render all possible assistance in dealing with the wildfires and would stand by the Greek people however it could, said Bennett. All Israelis wished for quieter and better days in Greece, he added.

Mitsotakis thanked Bennett for the assistance, and the two agreed to remain in regular contact and to continue the cooperation between the two countries.

Monday marked the seventh day a huge conflagration has raged on Greece’s second-largest island, Evia, blocking out the sun and turning the sky orange, according to AP.

The Evia fires are the most severe of hundreds that have broken out in Greece over the past week following the worst heatwave to hit the country in decades, AP reported.

The Israeli assistance, worth 3.5 million shekels (about $1 million) was put together by the Prime Minister’s Office in cooperation with the ministries of finance, defense, foreign affairs and public security.