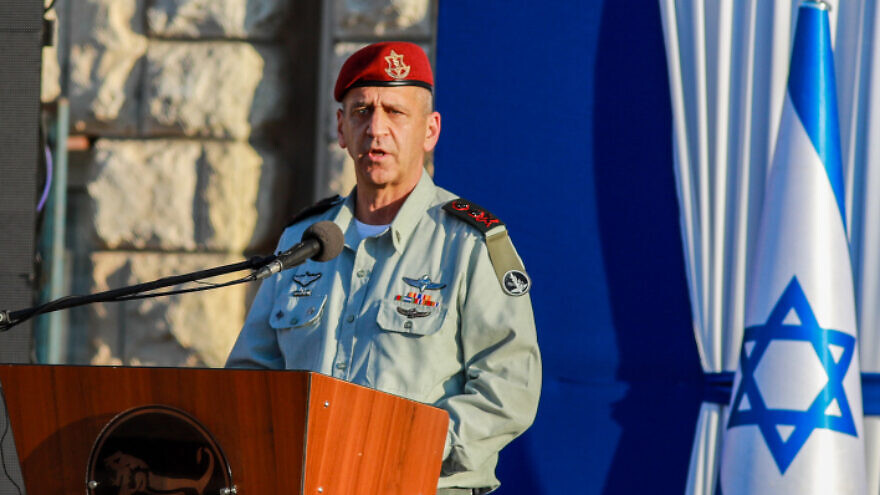 (August 31, 2021 / Israel Hayom) Israel will not hesitate to launch another campaign in the Gaza Strip if tensions on the border continue to escalate, Israel Defense Forces Chief of Staff Lt. Gen. Aviv Kochavi said on Monday.

“As soon as ‘Operation Guardian of the Walls’ ended, the IDF began to prepare for another campaign,” he said. “We have improved and continue to improve our warfare capabilities as well as operational plans in the Strip. Unless calm is maintained in the south, we will not hesitate to launch another campaign.”

The Israel-Gaza border has seen weeks of unrest, with Palestinian rioters burning tires and throwing explosives at IDF troops. On Aug. 21, Israeli Border Police officer Bar-El Hadaria Shmueli was shot in the head at the border fence. After fighting for his life at Soroka Medical Center in Beersheva for several days, Shmueli succumbed to his wounds on Monday afternoon.

Israeli Defense Minister Benny Gantz also told reporters on Monday that another war with Hamas was on the table.

“Our attacks in Gaza are focused in a way that they target Hamas, depriving it of its capabilities. I cannot guarantee that ‘Operation Guardian of the Walls’ will not resume,” he said.