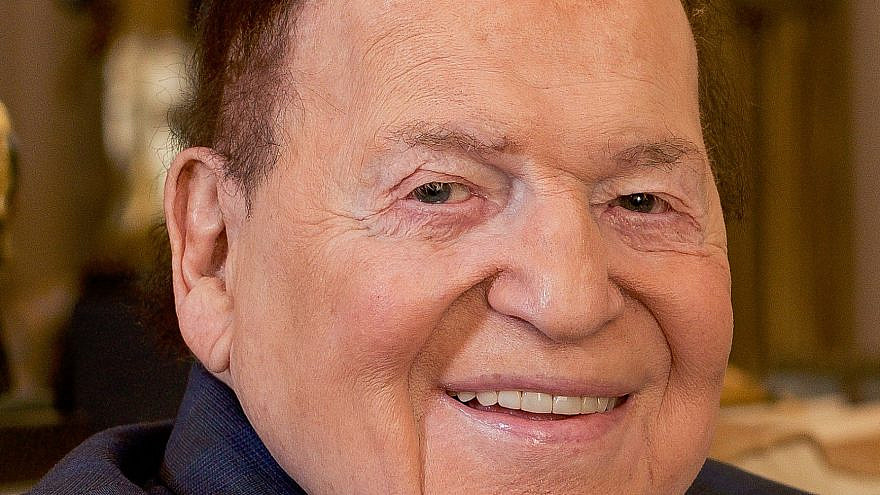 (January 22, 2021 / JNS) Members of the worldwide Jewish community joined for a memorial event on Thursday marking the end of the shivah week for Sheldon Adelson, together with the Israeli-American Council (IAC).

The online tribute, in partnership with more than 30 Jewish American organizations, included a live stream of eulogies and personal stories from family and friends, as well as prayers and small groups of Jewish text study focused on his legacy of giving to the community.

Israel’s President Reuven Rivlin opened the event saying, “Sheldon Adelson, may his memory be a blessing, loved the Jewish people and loved the State of Israel. [He was] a great American patriot who saw the strong alliance between the State of Israel and the United States as a personal mission. His own life story from selling newspapers to become a global businessman fired the imagination of everyone around the world. His determination, his ability to see opportunities, to take risks to be brave and to succeed were known to all.”

In recent decades, added Rivlin, “he made a big influence in the public life; he contributed to many causes, most of which deepen the connection of the people of Israel to the land and heritage.”

Sheldon’s brother, Lenny Adelson, gave a eulogy recounting how “ambitious” Sheldon was even at a young age and recited the Mourner’s Kaddish. “My brother was the most charitable philanthropic man; he was just an incredible person,” he said. Leading figures and Jewish organizations from across the United States and Israel participated in the virtual event, including Taglit-Birthright, Birthright Israel Foundation, Israel Bonds, Friends of the Israel Defense Forces, United Hatzalah, IDC Herzliya, StandWithUs, the Jewish federations of Boston and Nevada, Chabad-Lubavitch and more.

Los Angeles resident Shawn Evenhaim, a former chairman of the IAC, spoke about his friendship with Adelson. “He was a good friend you always dreamed you would have. In a fireside chat that I had with Sheldon and Miri at the IAC conference, I asked Sheldon what he wished his legacy to be. And he answered that it would have nothing to do with his business; rather, it will be with medical research, the Jewish people and the State of Israel.

“In all his actions, he always wanted to improve the lives of others,” continued Evenhaim. “The best way to honor his memory is to continue his legacy and this responsibility lies with each and every one of us.”

Adelson was one of the world’s leading entrepreneurs and business leaders. Together with his wife, Dr. Miriam Adelson, he touched countless lives with his generosity and devotion to Jewish causes, especially connecting younger generations of Jews to Israel.