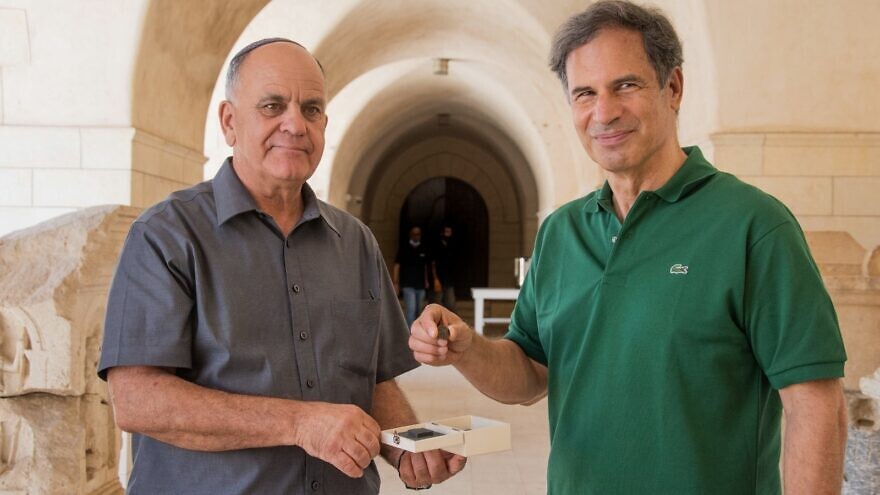 The 1,900-year-old coin was minted during the second Jewish revolt against the Romans, also known as the Bar Kochba revolt.

Stibbe first saw the coin when he recently visited the IAA’s Dead Sea Scrolls laboratory in Jerusalem and was shown various artifacts, the IAA said in a statement on Thursday. The coin was unveiled to the public in March alongside other rare artifacts that were excavated from the “Cave of Horror” in Nahal Hever.

“As part of ‘Rakia’ mission to the International Space Station, I will be taking with me a bag filled with items that have a special meaning to me. It was clear to me that one of these items will be a symbol of Jewish history,” he said.

Stibbe said the coin “represents the connection to the land, the love of the country, and the desire of the population of Israel in those years for independence.”

He added that “the palm tree particularly touched me, as it is the symbol of the Agricultural Research Organization, at Volcani Center, where my father spent his life conducting research on the country’s soil.”