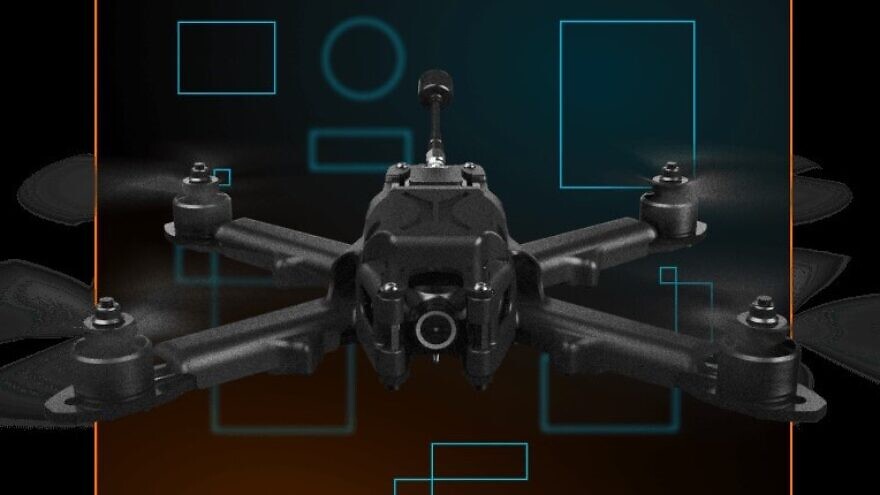 (February 18, 2022 / JNS) The Israeli company Xtend, which specializes in human-guided autonomous drones for use by militaries and law enforcement, unveiled its second-generation indoor drone on Thursday, called Xtender.

According to a company statement, Extender is a “revolutionary micro-tactical Intelligence Surveillance Reconnaissance platform, with built-in resilient indoor-outdoor navigation and AI capabilities,” enabling the remote completion of missions.

Powered by the “Skylord” operating system, the Xtender features virtual reality and augmented reality, and is controlled by an operator with a headset, “bringing the metaverse to the modern battlefield.”

The statement said that “the new generation of the Xtender enables multiple drones to enter a remote target site carrying various payloads, perform the required tasks with extreme precision and seamless exit, regardless of any indoor-outdoor transition limitations or GNSS [GPS]-denied locations.”

“Having deployed UAS [unmanned aerial systems] in combat for 20 years, we are excited about Xtender because, for the first time, forces can now carry out indoor missions without approaching the combat arena and without putting themselves at risk,” said Steve Ball, sales operations manager of Xtend.

In 2020, the Israeli Defense Ministry said Xtend’s Skylord mini-UAV was being developed in conjunction with the Ministry’s Directorate of Defense Research and Development, and the Combating Terrorism Technical Support Office (CTTSO) of the U.S. Department of Defense.

“Following a year of research-and-development and trials, the CTTSO is currently testing and validating the system’s capabilities in the field, meaning that U.S. soldiers will receive dozens of Skylord systems,” the ministry said at the time.

Skylord was field-tested by the Israel Defense Forces on the Gaza-Israel border and used to intercept incendiary balloons and kites flown by operatives acting on behalf of Hamas.